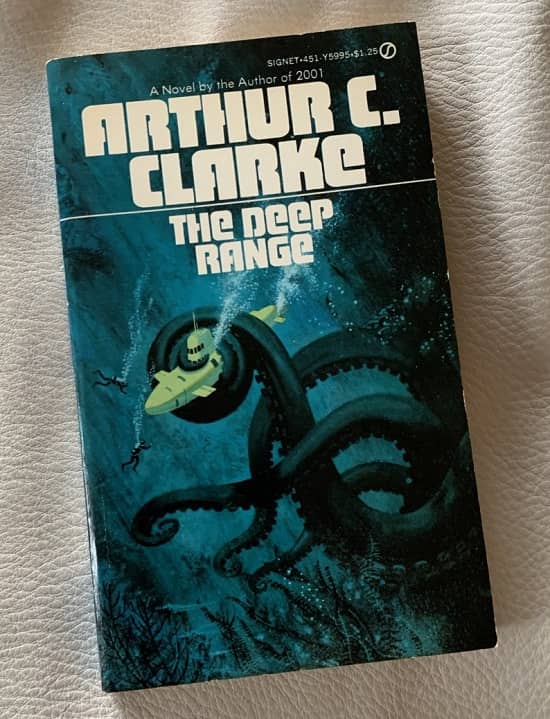 Here’s a relatively quick take on a 1950s novel I reread this past week — not as long or as polished as my other Black Gate reviews have been. (I’ll be resuming those in February.)

The Deep Range was the 8th of 11 novels of Clarke’s early period, which I’ll define as everything before 2001 in 1968. (The 11 counts both Against the Fall of Night and the revised version The City and the Stars, and includes his non-SF novel Glide Path.)

This is Clarke’s major novel of the ocean, set in a future that herds whales and farms plankton for consumption by humans. I think the theme of harvesting whales for their meat would make the novel awkward to reprint today, but I see there have been editions from Warner Aspect in 2001 and from Gollancz as recently as 2011. There are countries that still harvest whales, of course, but they do so to the condemnation of many other nations.

Clarke was of course an avid diver and had moved to Sri Lanka in 1956 (according to Science Fiction Encyclopedia), a year before this novel was published. So the descriptions here of diving, of exploring the coral reefs, are likely drawn from first-hand experience.

The implication is that technology will be found to assure the human food supply and save the whales, but not because the whales are intelligent, as is the justification today for banning whale hunting. There are references to “meal and oil,” to “slaughter pens,” to whale steak, and a full chapter in which the Buddhist leader is shown how whales are slaughtered and chopped up for consumption. 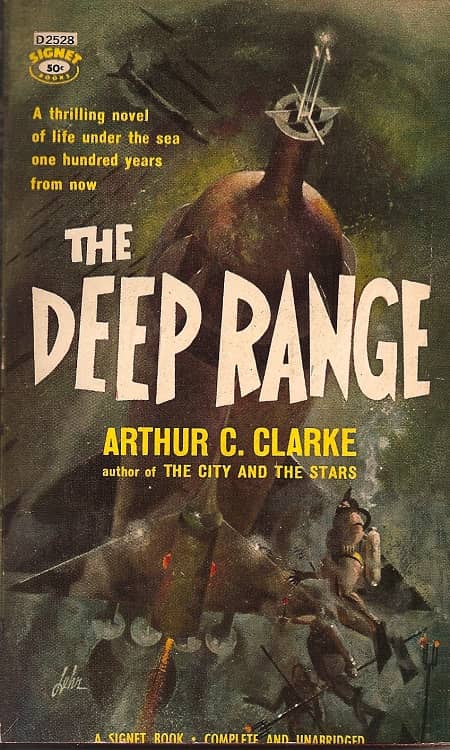 The book’s central theme aside, one of my fascinations with reading these 50 and 60-year-old science fiction novels is to revisit the assumptions they made about the future, spot those that were wrong, and consider why. Clarke in particular was an idealist and an optimist, not so much about the promise of future technology, but about how he thought humanity would mature, in matters of religion and politics. Alas, we would have to say now that Clarke was naive, or at best overly-optimistic; the trends he anticipated are real, they’re just happening more slowly than he hoped.

Here’s this book’s take on the status of the world’s religions in its 21st century future. This is from page 136 of the Signet edition shown above.

It was never wise to underestimate the power of religion, even a religion as pacific and tolerant as Buddhism.

The position was one which, even a hundred years ago, would have seemed unthinkable, but the catastrophic political and social changes of the last century had all combined to give it a certain inevitability. With the failure or weakening of its three great rivals, Buddhist was now the only religion that still possessed any read power over the mind of men.

Christianity, which had never fully recovered from the shattering blow given it by Darwin and Freud, had finally and unexpectedly succumbed before the archaeological discoveries of the late twentieth century. The Hindu religion, with its fantastic pantheon of gods and goddesses, had failed to survive in an age of scientific rationalism. And the Mohammedan faith, weakened by the same forces, had suffered additional loss of prestige when the rising Star of David had outshone the pale crescent of the Prophet.

These beliefs still survived, and would linger on for generations yet, but all their power was gone. …

Of course, Christianity survives, its adherents overlooking or denying Darwin and Freud and their successors. 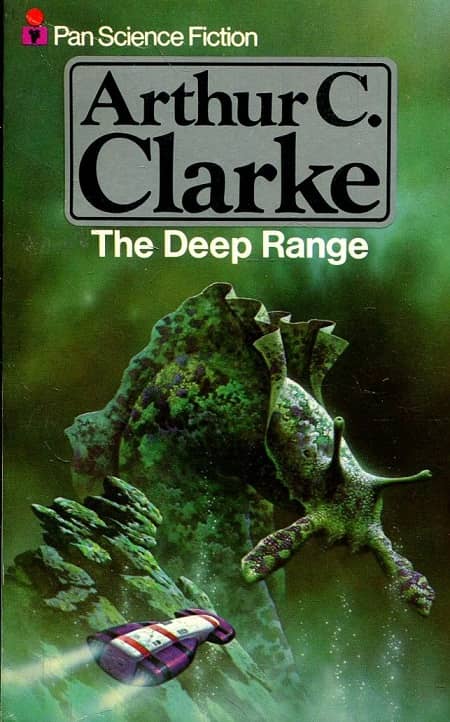 On page 151, an optimistic passage about how wars would disappear, and about the media.

…one of the disadvantages of life in a peaceful and well-organized world state was that with the disappearance of wars and crises very little was left of what was once called “news.” Indeed, the complaint had often been made that since the ending of national sovereignty, history had also been abolished.

Yet now we still have wars, and nationalistic fervor has only increased in the past decade. History hasn’t ended, as Francis Fukuyama thought at one time. And the news media, as I’ve mentioned numerous times, can always find some crisis to exaggerate into an existential threat and frighten their audiences about how dangerous the world is.

One more. Passages from pages 152-153, about Clarke’s visions of a worldwide, democratic government.

One of the unexpected results of the twentieth century’s electronic revolution was that for the first time in history it was possible to have a truly democratic government — in the sense we have every citizen could express his views on matters of policy.

…
Naturally, there had to be safeguards, and such a system would have been disastrous before the days of universal education–before, in fact, the beginning the twenty-first century. Even now, it was possible for some emotionally laden issue to force a vote that was really against the bests interests of the community, and no government could function unless it held the final right to decide matters of policy during its term of office.

…
Like most men of [Franklin’s] highly materialistic age, he was intoxicated with the scientific and sociological triumphs which had irradiated the opening decades of the twenty-first century. He prided himself on his skeptical rationalism, and his total freedom from superstition. The fundamental questions of philosophy had never bothered him greatly; he knew that they existed, but they had seemed the concern of other people.

Needless to say, here we are the 21st century and we don’t have a truly democratic government — not even in the US, let alone worldwide — we don’t have universal education, and skeptical rationalism and freedom from superstition are perhaps only barely farther along than they were in the 1950s, given the filtering into popular culture notions about psychological biases, motivated reasoning, and so on.

Mark R. Kelly’s last review for us was of Algis Budrys’ Rogue Moon. Mark wrote short fiction reviews for Locus Magazine from 1987 to 2001, and is the founder of the Locus Online website, for which he won a Hugo Award in 2002. He established the Science Fiction Awards Database at sfadb.com. He is a retired aerospace software engineer who lived for decades in Southern California before moving to the Bay Area in 2015. Find more of his thoughts at Views from Crestmont Drive, which has this index of Black Gate reviews posted so far.

I read this a few years ago and enjoyed it tremendously, despite the predictive defects you note. You are of course right that the future is not turning out the way Clarke envisioned. His faith in benevolent bureaucracy seems especially shortsighted to me, and he didn’t seem to consider the possibility that “scientific rationality” might actually impoverish that part of us that is most human – thus the inexplicable survival of religion. But these books of his still stand as surprisingly durable visions, not of how the future will be, but of how it should be.

@TP: I recently re-watched on YouTube the Walter Cronkite interviews with Robert Heinlein and Arthur C. Clarke on the day the Apollo 13 astronauts landed on the moon. The enthusiasm exhibited by these authors, and Cronkite, is as palpable as the ridiculousness of the predictions and over-confidence exhibited about what Science would do next. I admired their enthusiasm and the stories that came from it, but in 2021, they also seem fairly naive.

My mother bought me this in my early teens and got me into deep water snorkelling..I was adopted so my parents didn’t have a clear idea what I’d look like as I grew up. My loss of all of that baby fat was a shock to all of us.

The uncredited art on the 1974 cover reminds me of Dean Ellis for some reason (don’t know if it is, though).

Lou, you’re most probably correct. Sure looks like a Dean Ellis cover.

> The uncredited art on the 1974 cover reminds me of Dean Ellis for some reason (don’t know if it is, though).

Dean Ellis is a good guess. It also looks like Lou Feck to me.

Good to see you back, Mark. Hope you’re fully recovered.

Hopefully the ‘one leech per hour allowed’ provision (which the non-unionized employees at Black Gate pushed hard for) helped out.