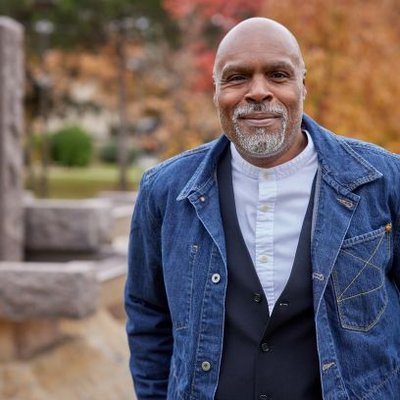 You’ve hopefully seen him around the Interwebs, or had the chance to take in his smiling face and genuine warmth back when we went to in-person cons. If you haven’t, then I hope you’ve at least heard of Zig Zag Claybourne or one of his pseudonyms. If you can’t even say that… let this be an introduction, and then go check out his work. Because you really need to.

Claybourne’s latest work is Afro Puffs are the Antennae of the Universe, sequel to The Brothers Jetstream: Leviathan. He describes it as “four women accidentally create an AI goddess then destroy capitalism with the help of a telepathic octopus.” But there is so much more to the world he’s created, which we discuss a bit in my interview below. You can also find Claybourne’s writing in the anthology If There’s Anyone Left: Volume 1.

That’s a tough one. The Thoom are powerful but scattershot, Nonrich is omnipresent, subtle, and sharp as a shiv, the Vamphyr tend to be too disdainful to want the burden of controlling humanity… but Disney, Disney works from the bottom up, gets ‘em young…

2) Much like The Brothers Jetstream: Leviathan, Afro Puffs opens with a bunch of references to people, places, events, etc, the reader might not be familiar with, and past reviewers have commented on how easy it is to get lost early in your books. Would you consider this an ultimate reader trust exercise?

Y’know, I puzzle over that one a lot. There’s a suspension of prior experience pervasive in the West. We act like we don’t know the conventions and tropes even if we’ve seen them a million times in action. I go in trusting my readers’ experience and hope they’ll in turn trust me to lead them someplace fun, not shabbily confusing. It’s all in the presentation: everything connects.

3) From Silica Elves to wormholes with souls to Atlantis to psychic whales, both novels interweave a lot of world elements. If somebody was interested in The Brothers Jetstream or Afro Puffs having never read your work before, how would you explain this world to them?

“These are tales of the world beside the world.” Something cool like that. Not the world beneath, because I love how all these creatures, places, and factions exist right alongside having to get up to go to work, wondering what’s for dinner, falling in love — but are generally not widely acknowledged for the good of public sanity! One of the major tenets of the villain in The Brothers Jetstream, the False Prophet Buford, is “If it was special we made damn sure it didn’t stay that way.” The Jets world is a special world; Atlantis is right there on Earth via a mere dimensional shift! The Loch Ness monster is real. Bigfoot is an asshole. And there are heroes — who would never call themselves heroes — saving a beautiful, fascinating world one last damn time…all the time. Just like the real world.

4) There’s a really compelling passage early in Afro Puffs where Desiree and company cross paths with some everyday racist/sexist jerks in Boston, having just gotten back from saving the entire planet. Do you think a society at least partly made up of people like that deserves to be saved?

In my book In the Quiet Spaces I posed a question behind all the annihilation dreams and myths of the world: This world is built on pain, but what of the good? If there’s just one instance of good somewhere, is humanity worth saving? Christianity’s based entirely on answering yes to that. When I came up with that line for the book, I was thinking of my niece who — at the time — went absolutely giddy over yellow balloons. I knew her moments of glee contained enough energy to create new universes, and knew that I would do my best to save enough pieces of this world if it meant ensuring she got to play with yellow balloons over and over.

Neon Temples, in Puffs, questions her team’s mission after coming upon their boat vandalized by said racists, asking, “Why do we do this? Why are we jumping out of planes, flying around the moon, getting rammed by dinosaurs… we don’t make a difference. This wasn’t ghouls, vampires, angry gnomes or the ghost of Custer. This was people.” And lots of people flat-out suck. They know it. Rather than reach out to pull themselves out of that quagmire, they double down and try to sink faster, sucked into a psychological ouroboros of misery. Hence Incels, hence Proud Boys, hence the 45th President and his administration, hence the Rise of the Karens and a million other social ills fueling our 24/7 misery cycles.

But our society also contains love. It has people who care about the good of all. It has, as Mr. Rogers said, the helpers. As long as there are helpers, saving stays an option.

5) I discovered in my research that you often turn down pay for your work (which I honestly didn’t know!) May I ask why?

6) Somewhat connected to that, I was rereading a post of yours from January 2020, “Gifts Exchanged.” I love this idea of what you write being a gift to someone else. What’s the intended gift in Afro Puffs? Is there one? (Or your favorite, if there are multiple gifts.)

The gift of Puffs is remembrance: remembrance that, as a good friend of mine likes to remind me, when you give people the opportunity to be awesome, they’ll be awesome. We forget that a lot when we’re hurting or in need. Think we have to go things alone. We forget that family can be created in the blink of an eye out of one kind deed. I suppose you could say it’s remembrance that we are loved, which, granted, doesn’t seem very sci fi adventury, but stick with me. You’ll see.

7) When I do live interviews, I like to throw some rapid fire questions at folks. Here’s a few for you!

a) Writer you go to for advice?

In my mind, Toni Morrison. Nobody understood the psychology of word placement like Toni Morrison. In meatspace life, various! I have to pinch myself at having access to an amazing community of writers who don’t mind me picking their brains about octopus thieves, dimensional shunts, or AIs with souls! Some even have ice cream with me! (Socially-distanced ice cream now, but still ice cream.)

The Night Sun by Teri Zin. A Tor novella. It’s werewolves, it’s pain and domestic violence, it’s emotional honesty, and it’s some of the best horror I’ve come across since finding Clive Barker way back when I was young and eager to be amazed. Still eager to be amazed, but not so young. Zin rides the tropes of several horrific threads like she’s bonded with them and racing the reader through night forests, nightmares, and a denouement so perfect it should be enshrined.

c) Best part about being a writer?

d) Worst part about being a writer?

See above re being poor. Writing is not the best magical incantation for getting bills paid.

e) What’s next on the horizon for Zig Zag Claybourne?

I wrote a novelette earlier this year called “The Air in My House Tastes Like Sugar,” about a mother/daughter witch team from a sideways Africa/Earth traveling the world. The story had them in a sideways, slightly medieval Europe, where they found themselves having to solve the mystery of a small village’s children disappearing or dying. It’s still up at GigaNOTOsaurus. I kinda fell in love with Mother Khumalo and her daughter Amnandi. Kinda wanna see what they do next, only in a full-length novel. Got a working title of Breath, Warmth and Dream. Let’s see what I can do with it.

I think of the Karl Marx quote: “The writer must earn money to live and to write, but he must by no means live and write for the purpose of making money.” Good fortune, Mr. Claybourne, as you, too, have a wonderful balance of your vocation and your job.