The Center’s Associate Director, Kij Johnson, and I offer our deepest condolences to everyone who cared about Jim, whose lives he touched – and there were many – and whose careers he influenced, which amounts to almost everyone in our field today, whether they’re aware of his intellectual parentage or not.

“He has taught so many teachers, scholars, and educators that his reach is immeasurable. Jim’s mentoring has shaped the genre into what we enjoy today, making him one of the most influential figures in SF. His is a life devoted to science fiction, and without him, the field would not be the same, nor the world as aware of both the peril and potential of human endeavor.” 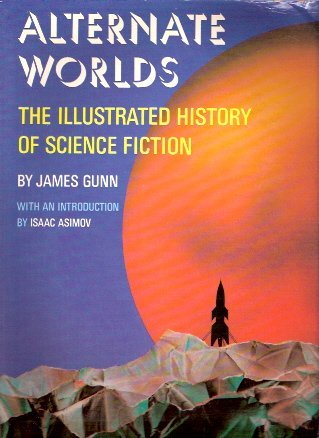 Among his fiction would be This Fortress World, The Listeners, The Immortals, Gift from the Stars, and the Transcendental Machine Trilogy.    His nonfiction contribution to the genre include Alternate Worlds, The Illustrated History of Science Fiction, The Science of Science Fiction Writing, and his editorial work on the six volume Road to Science Fiction anthology. 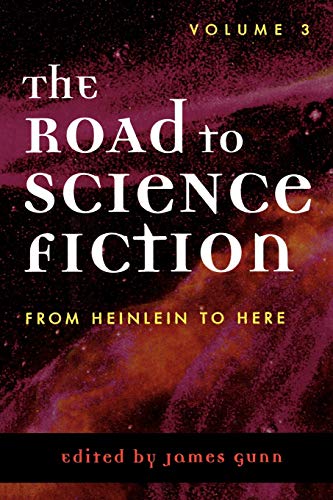 I am one  of the many students who benefited from his efforts.  I first met James Gunn at the KU two-week writing workshop in 2004.  As I discuss in my Quatro-Decadal-Reviews, back in 2004 my knowledge of science fiction was still in its infancy—I knew what it was but didn’t know the story behind the story.  James Gunn not only knows the story, he was there for most of it.  And like stumbling on a “The making of” documentary of a favorite movie, I was immediately drawn in.

I returned to KU almost every year since 2004 to go to the Campbell Conference (re-named the Gunn Center Conference in 2019) and partake in the concurrent writing retreat they offer during the workshop. But a big draw for me was that I got to see James Gunn and hear what his thoughts were on both the history and the current state of the genre.

True story, James Gunn’s master thesis was published in a pulp SF magazine.   “The Philosophy of Science Fiction” over two issues in Dynamic Science Fiction magazine.  Because we live in a science-fiction reality, I was able to get a copy of the magazine from Ebay and took it to the Gunn Center Conference in 2019 to have him sign it.

He flipped through it, smiled, and with a twinkle in his eye said, “While they published my essays, the magazine folded shortly after. I’ve put an end to many magazines through the years.”

It was one of those quotes that really summed up his humor, humility, and overall attitude.

Although he was primarily concerned with science fiction, he also had a solid knowledge of weird fiction and sword and sorcery, and was a strong silent supporter of my ezine Heroic Fantasy Quarterly.

His final short story was submitted to Asimov’s SF Magazine twelve days ago.

A real loss. Gunn wrote – in collaboration with Jack Williamson – one of my all time favorite gosh-wow space operas, Star Bridge.

Just googled Gunn a few days ago to see if he was still with us. As a kid, I found Alternate Worlds on a library bookshelf, and it inspired me to dive into the world of SF.

And Sheila Williams, editor of Asimov’s Science Fiction, has already indicated that that final story will be published in late 2021. In fact, there’ll be another one before that as well.

Another great gone after a pretty long innings. I thought he had appeared in many Ace Doubles but apparently only the one -D223 The Fortress World / The 13th Immortal (Robert Silverberg).

Thomas – I have been meaning to pick up Star Bridge, thanks for the recommendation

Sad news, even though he was very old.

His short story The Immortals from 1958 is one of the best of the hundreds of short stories I’ve read this year; a very vivid and exciting dystopian story, that seems to have had some small influence on Star Wars. So I look forward to reading more of his stories.

Thomas Parker- I debated about including STAR BRIDGE, but opted to keep the list to books Gunn wrote on his own. That said, he and Jack Williamson worked together on a couple of different projects, as I understand it.

Sven- I actually got a copy of ALTERNATE WORLDS last year- it was quite a survey of the field. Sorry to hear about Guy Smith.

Tony Den- I read THIS FORTRESS WORLD, it is forgotten classic of the golden age!

[…] the Christmas holidays, and I didn’t see the news until recently.  Adrian Simmons wrote an excellent tribute over at Black […]