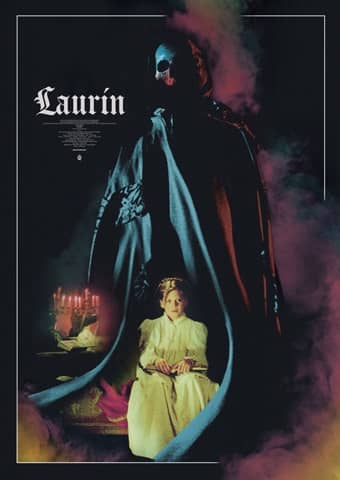 Tone is one of the most important characteristics of a story, one of the hardest to get right, and one of the hardest to discuss. The feel of a story, what is above and beyond the mechanics of plot or the construction of character or even the specifics of imagery, is a large part of what comes to mind when you think of a story after the story’s done. And tone can be the main concern of a storyteller; it’s a perfectly valid artistic choice to subordinate narrative logic or character motivation or whatever else to the feel the story’s supposed to instill. Or, at least, it’s a valid choice when it works. Which brings up the difficulty in describing tone. It’s often hard to explain what creates it and how well that succeeds, but more, the perception of tone can vary wildly. What works for one person doesn’t necessarily work for another. Particularly when the tone is abstract.

Which is all useful to remember in viewing Laurin. A German production shot in Hungary, it was written and directed by Robert Sigl and released in 1988. A 4K restoration’s drawn attention to the movie, and this year’s Fantasia hosted its Canadian premiere. The movie aspires to the tone of a dream or a fable, and whether it succeeds will likely depend on the individual viewer.

It’s set in a small town in Europe in the very early twentieth century. People have begun to disappear, particularly children. Laurin (Dóra Szinetár) is a young girl whose mother has died a bizarre death, and whose father is absent at sea. She’s drawn into the mystery of the missing youths, investigating castle ruins and a mysterious man in black.

And that’s essentially the movie. It aims at creating a dreamlike tone more than a tight dramatic plot, and at only 84 minutes, that’s not unreasonable. It is very slow, and the story simple. Dialogue’s mostly underwritten. Does it work? I would say some aspects, certainly. For me the movie was undermined by its way of telling its story. But that approach is probably central to what the film’s doing, and it’s possible I’m overly concerned with a narrative structure in which Laurin itself is less invested. There is the raw matter for a structured story here, but the movie is more interested in tone than structure. If you can put aside the desire to follow the development of a story and instead dwell in the moment of what you see, that tone might be enough for you.

To go into more detail, let’s start with what clearly works. The film’s gorgeous. There’s an intense autumnal atmosphere in the rich colours of the woodlands and the deep shadows of the night photography. Interiors of homes have the close, overstuffed feel of the late Victorian era (or, in this case, early Edwardian). Contrasting with both is a schoolroom setting that is appropriately muted and drab. There’s a lushness too in the detailed costumes, as there is in the movie’s use of long shots of forests and stone ruins. Note also that despite the feverish tone that emerges there are no special effects to challenge the mood. 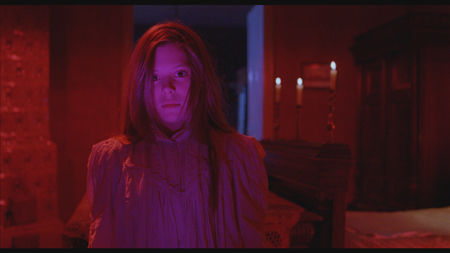 The problem is the story taking place among these settings, or more precisely the way that story’s told. Characters aren’t established, and the relations between characters emerge slowly — and those relationships feel more complicated than they are, because of the way they’re brought out. Particularly in the early going, things happen, and it’s difficult to know what to make of them or how to place them precisely in the context of the other things we’ve seen. I think the idea is that again there’s a dreamlike or perhaps childlike sense of things happening without context, but for me the lack of context was too absolute; it was too unclear what was happening for me to engage with what I was seeing.

The setting’s well-established visually but is unimportant narratively. It’s difficult to see how different this story would be in any small town at any given time; arguably radio and TV would change the background a bit, but I’m not sure how much. At any rate, I found the precision of the setting tended to undermine the archetypal or fairy-tale sense to the story. The film’s trying to be about fear and (mostly implied or latent) sexuality, but the setting doesn’t echo or feed into that.

In particular it doesn’t help in building Laurin, who despite being the title character is underdeveloped. We nominally follow her, but the film switches to the perspective of her schoolteacher, Van Rees (Károly Eperjes), for extended periods of time. There are perfectly valid narrative reasons for this, but it has the effect of decentring Laurin from her own story. (It doesn’t help that Eperjes’ acting is notably unsubtle.) In general the movie has a tendency to fall apart into chunks — not scenes or sequences so much as ‘the bit early on where we follow Laurin’s mother’ or ‘the bit about Laurin’s schoolfriend who gets bullied.’ And then the experience of watching the film becomes like assembling a jigsaw, working out how the chunks go together. 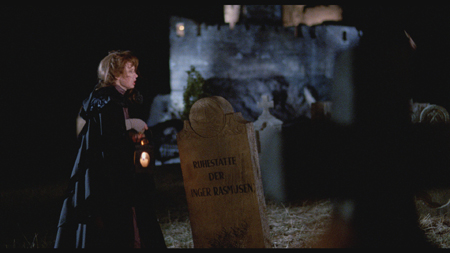 I would say that the movie’s biggest problem is a lack of what you might call genre material — the lack of stuff to give this attempt at a fable a particular identity. There’s a nominal horror-thriller plot in the missing kids, and an exploration of the castle ruins late in the film is effective. But the wrap-up of the plot is too sudden, there isn’t really much exploration of the horror of the abducted children, and in general the surreal imagery is too rare and not that surreal. That is: the tone of the movie doesn’t quite transcend the narrative because the imagery isn’t there to establish it.

Laurin is an interesting attempt, with some very strong elements. I can see how it might work for some viewers. I am not one of them. I like what the film’s trying to do, but for me it’s too confused to succeed. Themes of doubles and doppelgangers never acquire power. Subtext of disturbed sexuality emerges too simplistically. There’s nothing ultimately surprising. The tone of the movie, simply, is not weird enough for me.