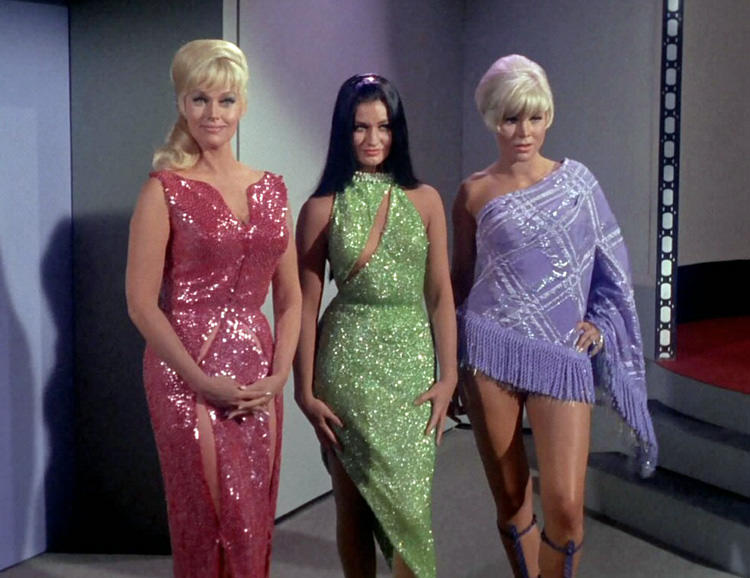 In an August 7th post on his Whatever blog, “Oh, Christ, Not the Science Fiction Canon Again,” John Scalzi said, “As a practical matter, the science fiction “canon” is already dead.” The term “literary canon” refers to a body of books, narratives and other texts considered to be the most important and influential of a particular time period or place. (The Daily Nebraskan)

For me, and this is personal experience, the field began changing when Star Trek brought a flood of women, fans and then writers, into the science fiction community. That was at the end of the 1960s, when the first show was running. I was hanging out in Devra Langsam’s living room in 1967 or 8, when the first Star Trek convention was being planned. I don’t know if her Spockanalia was the first ST fanzine, but it was damn close, and I was in one of the issues. I also had a story in Star Trek: The New Voyages, a collection of ST stories written by fans, which was published in 1976. (I want my ST credentials to be clear. The story is listed as being co-authored by me and Ruth Berman. I helped come up with the plot, but Ruth did almost all the work.)

I was away from SFdom while I lived into Detroit, though I published my first stories while I was in the Motor City. I rejoined fandom in the 1970s, when Patrick and I moved to the Twin Cities. Sometime, either in the late 70s or early 80s, I noticed that most of the fans of color and GLBTQ fans were coming from media fandom. It struck me as very important that media fans be made welcome in book fandom and at cons, or else fandom as I knew it was going to wither and die. I started doing GLBT panels and panels on race and science fiction. The GLBT panels went well mostly. The race panels were problematic, largely because there were too many white people on the panels, including me. I also did a few class panels. These tended to blow up, because the issue of class is both hidden and highly emotionally charged in the US. Race in also hidden, at least to white people, but it wasn’t a topic I could handle.

I must have been doing feminist panels in this period, but I don’t remember them, except one at Minicon when one of the women on the all-woman panel said, “We are never going back.” I said, “It is always possible to be pushed back. Look at Nazi Germany.”

(I just remembered another feminist panel, which I moderated. The panelists ended up insulting each other, and members of the audience rose up to issue manifestoes. It was so awful that complete strangers stopped me in the hall after to offer condolences.)

I suspect I don’t remember most of the women’s panels because most of them weren’t as dramatic, either in a good way or a bad way. Decades ago I was on a panel on gay themes in science fiction, when the not-very-large conference room was packed, people sitting on the floor, standing along the walls and standing outside the open door in the hall. The intensity of the listening was amazing.

I wasn’t part of the group, centered around the Women’s APA, that pushed hard for the representation of women in SF and at SF cons. (There isn’t an entry on the Women’s APA in Wikipedia or a mention of it in the Wikipedia entry on women in SF, so I can’t go into more detail about it. It mattered, and the people involved were major figures in the field.) I suspect most of my pushing was done in the service of media fandom, though – after the original Star Trek – I wasn’t a huge media fan. Still, I liked the media fans I met.

Point being, women fans and media fans were hugely important in changing fandom. I think it would be fair to say they were less interested in earlier, pulp magazine fandom or the ‘SF canon.’ The women wanted SF about women and their issues: the media fans (who were often women) wanted SF that was contemporary — about modern-day themes and with mixed race casts like the Starship Enterprise.

For all of his other faults, Mr. Roddenberry does deserve credit for making a future that was fairly inclusive and diverse and more than merely tolerant but actively celebratory of its range (“Infinite Diversity in Infinite Combinations” said the most rational beings of all). Even the stereotyped enemies could become at least allies if not active friends.

Print sf, meanwhile, still had authors like Ursula Le Guin hiding behind her own initials (“U. K. Le Guin”) in 1968. Admittedly, it was Playboy but they paid the highest, so they cannot be ignored.