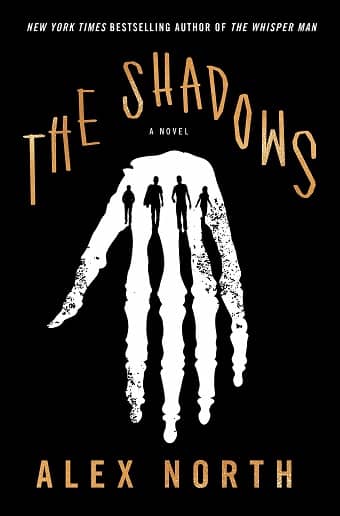 Alex North’s previous novel was the bestselling thriller The Whisper Man. With his new novel The Shadows he creeps into horror territory — and does it with style. Publishers Weekly calls it a “terrifying spine-tingler… impossible to put down,” and The New York Times says “This is absorbing, headlong reading, a play on classic horror with an inventiveness of its own… As with all the best illusions, you are left feeling not tricked, but full of wonder.”

It was published in hardcover two weeks ago. Here’s the description.

You knew a teenager like Charlie Crabtree. A dark imagination, a sinister smile–always on the outside of the group. Some part of you suspected he might be capable of doing something awful. Twenty-five years ago, Crabtree did just that, committing a murder so shocking that it’s attracted that strange kind of infamy that only exists on the darkest corners of the internet — and inspired more than one copycat.

Paul Adams remembers the case all too well: Crabtree–and his victim — were Paul’s friends. Paul has slowly put his life back together. But now his mother, old and suffering from dementia, has taken a turn for the worse. Though every inch of him resists, it is time to come home.

It’s not long before things start to go wrong. Paul learns that Detective Amanda Beck is investigating another copycat that has struck in the nearby town of Featherbank. His mother is distressed, insistent that there’s something in the house. And someone is following him. Which reminds him of the most unsettling thing about that awful day twenty-five years ago.

It wasn’t just the murder.

It was the fact that afterward, Charlie Crabtree was never seen again…

See all our recent coverage of the best new releases here.

Having been thoroughly enticed by this, it seems to be published also as The Shadow Friend (in the UK anyway). Just thought I’d share in case it puzzles anyone else.

Right you are. Thanks for the tip — I hadn’t realized the UK edition had a different title. I captured a pic below.

“Alex North” is a pseudonym, but the author currently remains anonymous. I’m curious who’s behind the name. 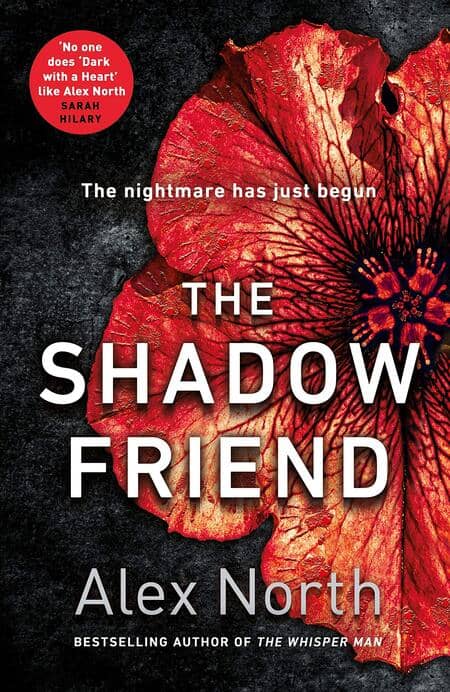