Megan E. O’Keefe’s 2019 space opera Velocity Weapon was nominated for the Philip K. Dick Award, and earned a bucket full of great press. The Guardian called it “A brilliantly plotted yarn of survival and far-future political intrigue,” and Booklist described it as “Full of twists, feints, and deception… [in] a visionary world rife with political intrigue and space adventure.” But my favorite review was from Kirkus:

The last thing Sanda Greeve remembers is her ship being attacked by rebel forces. She’s resuscitated from her evacuation pod missing half a leg — and two centuries — as explained to her by the AI of the rebel ship that rescued her. As The Light of Berossus — aka Bero — tells her, she may be the only living human for light-years around, as the war wiped both sides out long ago. Sanda struggles to process her injuries and her grief but finds friendship with the lonely spaceship itself. Sanda’s story is interspersed with flashbacks to the war’s effects on her brother, Biran, as well as scenes from a heist gone terribly wrong for small-time criminal Jules. The three narratives, separated by a vast gulf of time, are more intertwined than is immediately apparent. When Sanda rescues Tomas, another unlikely survivor, from his own evacuation pod, she learns that even time doesn’t end all wars….

The sequel to Velocity Weapon is one of the more hotly anticipated books of the year. Chaos Vector arrives from Orbit on July 28. It is 592 pages, priced at $16.99 in trade paperback, and $9.99 in digital formats. The cover is by Sparth. See all our recent coverage of the best upcoming SF and fantasy here.

That fighter on Chaos Vector cover looks like it has some heritage in the Talon and Lance Electra ships from the old Silent Death space combat game. Love it. The art and of course the game.

Wow — I haven’t thought of Silent Death in years. But you’re absolutely right. Some of the designs (and there were a lot) had the same sort of aesthetic, forward-swept long-wing insectoid-like fighters.

I miss Silent Death. It was crazy expensive (like all miniatures games) but I always lusted after it. Did you play it much? 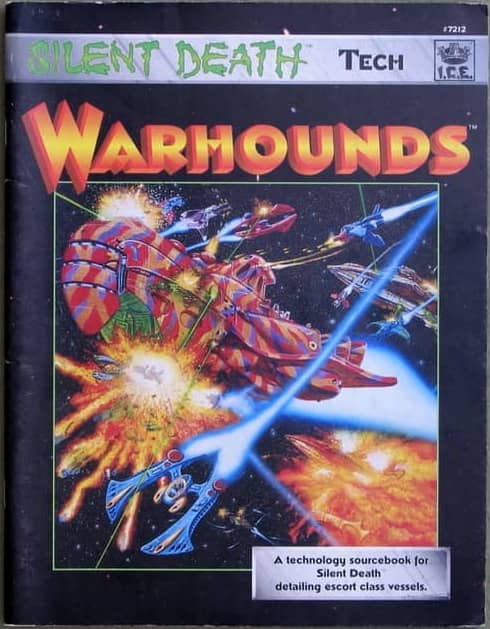 John, I own most things Silent Death. Fell heavily for the original game and the. The Next Millenium with its much needed rule refinements came out and between my brother and I we pretty much got everything that ICE published, bar the actual TMN box set. Think we also pretty much funded Sentry Box (Canada) Christmas party with a large minis order some years back. Still play occasionally, mostly with my son now. (Sometimes he lets me win).

Believe it or not the game still exists and receives the occasional release by the current owners. Would you like me to do a write up?

That would be terrific! I had no idea the game was still alive.