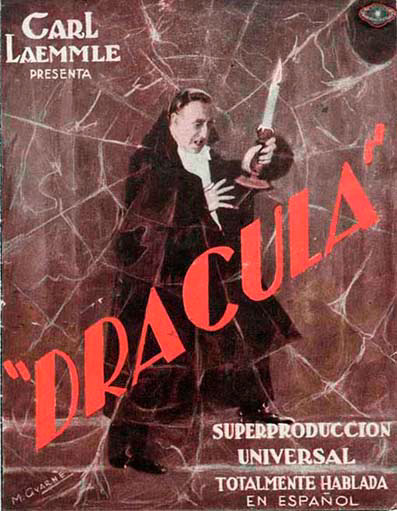 Hello. Since this is my first blog post for Black Gate, I feel that an introduction is in order. My name is John Miller and I am a writer. My name is a both a blessing and a curse. A blessing because it is short and simple and easy to remember, a curse because it’s common and as easy to forget as it is to remember. I have written under the name of J. J. Miller (only when I was young, and somewhat under the influence of E. E. Smith), as John J. Miller, and, finally, as John Jos. Miller, when I had to differentiate myself from the other John J. Millers of the world. (Also, as simply John Miller, but only for my technical archeological reports and papers. You can try to track down “Resource Allocation Strategies on the Navajo Reservation in the Early Twentieth Century,” but good luck in finding it.) I’ve been told that I probably should use a pseudonym (I did write one novel under a pseudonym, but that was not my choice.), but I am stubborn and bad at self promotion and John Miller is my name (along with tens of thousands of other Americans) and I’m sticking with it.

I read a lot of stuff and watch a lot of stuff and like to share my opinion of what I like and don’t like. Who doesn’t? I have my prejudices, which I will admit up front. I don’t like torture porn or most slasher movies. I don’t like most modern Rom Coms. I don’t like movies where the whole point is that the characters are stupid. Dumb and Dumber? I don’t think so. (Once I actually paid money to see an Adam Sandler movie and I’ve regretted that ever since.) I really don’t like movies where they shoot the dog. (The exception that proves this point is John Wick. I’ve seen it three or four times, but not the scene where they kill the dog. Sometime I’ll have to tell you about the discussion I had with George R.R. Martin as to why Old Yeller is a terrible children’s movie.)

Rating movies under a five star system is insufficient, even if you cheat by halving the stars. I use a modified IMBD 10-1 system, but to add a soupcon of nuance, I use a “plus,” so my scale actually runs from 10+ to 1.

I almost always finish everything, book, novel, or movie, that I start. Thing is, I’m willing to take the bullet so you don’t have to. That’s what I’m here for, but mainly I like to share things I like, so let’s get down to it already. 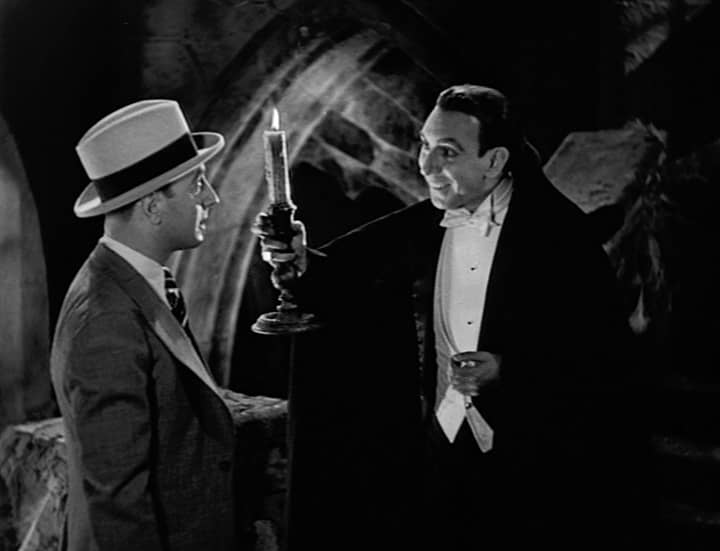 Back in the good old days when talkies were starting to be the rage, Universal Studios made a movie called Dracula. You may have heard of it. What’s less known is that the penny-pinching studio, having invested all that money in those fabulous sets, decided to film a Spanish-language version of Dracula, called Dracula (unfortunately, my keyboard doesn’t allow me to put the accent over the first “A”) at night, using the same sets, the same script, an entirely different cast, a different director, and a different cinematographer. For many years this was a “lost” movie with only an incomplete version known to exist until a whole copy was found in a Cuban film archive. It’s now readily available in the Dracula volume of the Universal Monster Movie Series. It’s no longer a lost movie, but since Dracula has 43,500 IMBD ratings and Dracula (with an accent over the first “a”) has about 3,800, the Spanish version does need a little talking-up.

So how’d that all work out? Pretty well, actually. 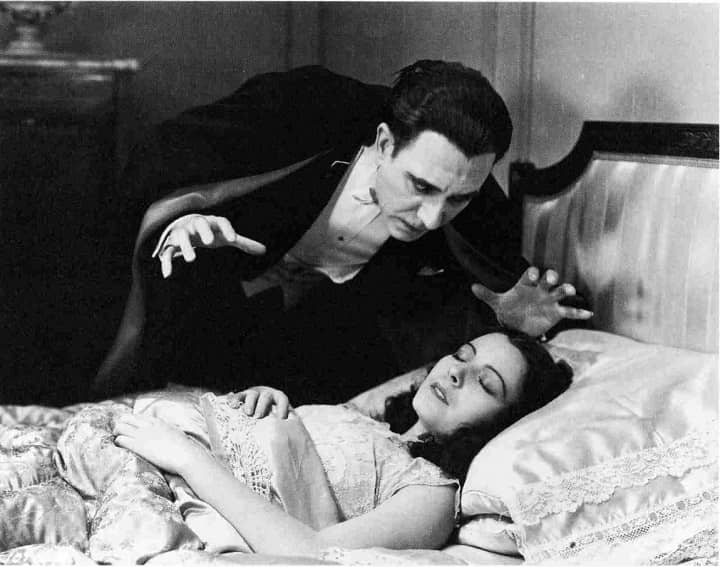 The English language version rates as 7.5 on IMDB, the Spanish-language version as 7.2, both low in my opinion. It’s become fashionable these days to downplay the Lugosi version as too static, too stagey, too hokey, but it has to be judged in the context of its time. Very few of the films made so early in the talkie stage are watched today, and there’s reasons for that. The industry was in its infancy, still finding its way and form. Dracula was an amazing piece of work for its time and had an incredible effect on me when I first saw it back in the 1960’s. The sets are magnificent. Browning, as a director was somewhat static, but I don’t watch films for fancy camera shots. Overall Karl Freund’s cinematography is, even today, spectacular. And Bela. You just can’t beat him with a stick. A stake, maybe. But his performance – alongside that of most of the cast – is stellar. (Okay, David Manners is a dork, but then his character is pretty much a dork, anyway.) If you don’t believe me, check out Roger Ebert’s review. He considers it a classic, and he’s right.

The Spanish language version is equal to the task. The sets are still magnificent. The cast does a good job. Carlos Villarias is a little chubby-cheeked and not as suavely sinister as Lugosi. Lupita Tovar (as Eva, not Mina) is fine as the Count’s love interest (Her boyfriend, Juan Harker, is something of a dork, too.). Eduardo Arozamena, as Dr. Van Helsing unfortunately reminds me of Eugene Levy, but that’s hardly his fault. 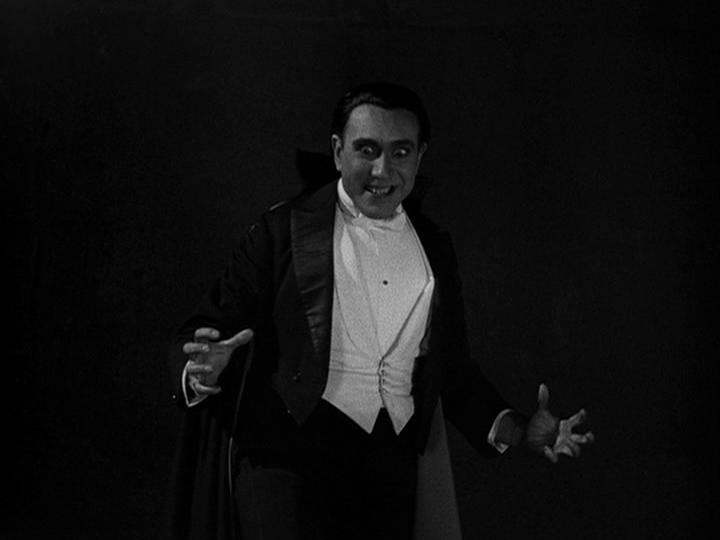 The cinematography is fancier. Director George Melford added some nice tracking shots that Browning’s version lacks, but then he had the advantage of seeing the rushes from the daytime filming and was constantly trying to improve on them. Melford helmed some 231 movies as director (most of them silents; he directed, for example, Valentino’s The Sheik) and appeared in 130 as an actor (most in small uncredited roles). 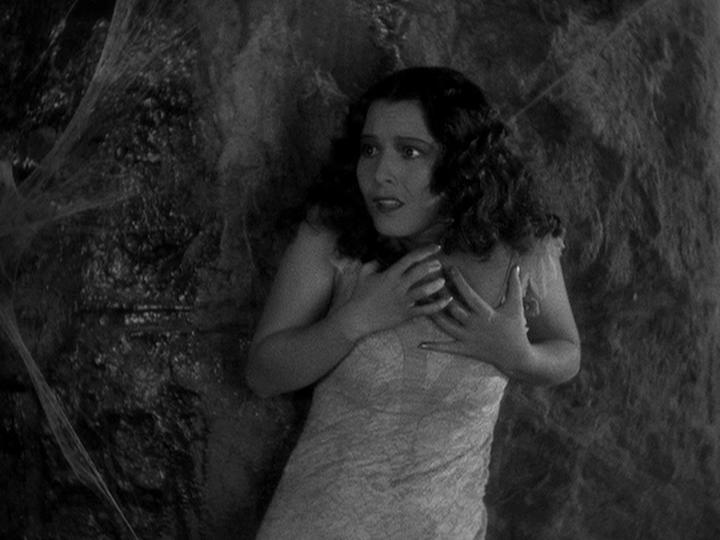 The major difference between the two is that the Spanish language version runs 104 minutes, the English one 75, despite being made from the same script. Basically, there’s more dialog in the Spanish version, although it doesn’t seem overly talky to me. At least one scene from the English version is missing in the Spanish film (The scene where Lugosi preys on the flower girl before going to the concert.) and one scene lacking in the English version is added. (An important one where Dr. Van Helsing and good old Juan are seen coming out of a graveyard where they’d just staked Dracula’s first victim, who, in this version is named Lucia.)

John Jos. Miller’s latest publication is “The Ghost of a Smile,” in Dreamforge Magazine #4, December, 2019 (Tangent recommended reading list 2019). Next up:  “An Annotated Long Night at the Palmer House” at Wild Cards Blog, Tor.com (May 2020) www.facebook.com/john.j.miller.9883

I have seen many people claim the spanish version is better, but I think the Spanish equivalent of Mina is the main reason, she was more memorable (and some say sexier than america would have allowed, but I’m not so sure) and their Renfield was pretty good too.
But for me, there’s two reasons it’s not as good as the american one: their Dracula is one of the worst Draculas I’ve ever seen (I did ponder whether my expectations were too fixed, but no, he’s just not very good at all) and it’s far too long.

Also worth checking out: Living Corpse (1967, Pakistani version of Dracula)
I don’t know if the Dracula from the japanese series (avialble as Bloodthristy Trilogy) would count because I don’t recall him having anything to do with Dracula’s story.

I’ve never read Powers Of Darkness or Dracula In Istanbul but those are literary alternate versions.

Thanks for the comment. I appreciate the time and thought that went into it.

I agree with your assessment of Lupita Tova as Eva (I thought she was sexier, too, but that comes down so much to personal preference) and the guy who played Renfield also did a good job. Getting back to the female protagonists of these early horror movies, many of them were pretty weak. Not entirely the fault of the actress, as given the time, they just weren’t given that much to do in most films. (Some are worse than others, of course. I’m thinking of this just because I re-watched it the other day, but the female lead in, for example, THE MASK OF FU MANCHU, was, yeah, terrible. But she was given almost literally nothing to work with.)

I had no problems with Villarias as Dracula. I don’t know how you feel about Lugosi’s performance, but maybe his (Villarias’s) suffered somewhat from the inevitable comparison. But then, as I’ve mentioned previously, it’s become somewhat fashionable today to deride both the movie itself, and Lugosi’s performance, but, again, within the context of its time, in my opinion, it was outstanding.

In any case, I personally have a wide tolerance for actors personal quirks. I’m sure I’m forgetting something, but off-hand I can’t remember ever thinking, “Wow, that movie would have been great except so-and-so really sucked as the lead.”

Thanks for the tip on the Pakistani movie. I’ll look for it. Also, the Japanese trilogy. Heard of it, but never seen it. I should check into it.

I like Lugosi a lot in it. He wasn’t as good an actor as Boris Karloff but he created some memorable characters.

I wasn’t thinking of the looks of the actresses so much as the performances. Lupita Tovar writhes and she herself said she was wearing more revealing clothing than the american actress.

Absolutely. Karloff had quite the career, though I do have a soft spot for Bela.

Nice to see you blogging again, John. I’m so happy to see you standing up for Lugosi’s Dracula. I grow so tired of reading comments that always begin with, “Lugosi was good but…” Lugosi was more than good. As was Dwight Frye and Helen Chandler and Edward Van Sloan, and the set design and the atmosphere and the story. It is a great film and I don’t know why in recent times people seem unwilling to admit that.

Good to hear from you Michael. Sometimes there is an unwillingness to give credit where it’s due.