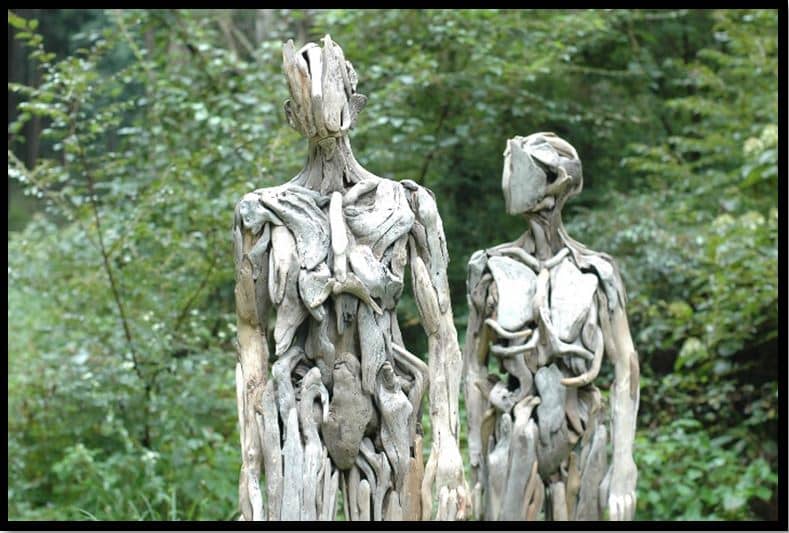 Welcome to a new decade of frightfully entertaining information from the subterranean offices of Goth Chick News. 2020 is already shaping up to be a busy year with multiple trade shows to cover, interesting people to introduce you to, an epic Halloween bash to plan and multiple random bits of creepiness to share, starting with this.

You’ve likely never heard of Japanese artist Nagato Iwasaki. I certainly hadn’t until I came across him in a photo exhibition. The first words that came to mind when I saw Iwasaki’s sculptures were “beautiful nightmare” and I knew I had to share them with you. Iwasaki create humanoid figures from driftwood.

Back in the early 70’s, Masahiro Mori, Japan’s first creator of robots which had a human-like appearance, coined the term “uncanny valley”. He used it to describe the uneasy feeling, boarding on revulsion, which people experience when non-human objects look a bit too much like real humans. I immediately think of ginger roots which look very much like human babies and have been creeping people out for centuries. Inspired by the concept of the “uncanny valley,” Iwasaki set out to purposely create it in nature, by blurring the line between flesh and wood. 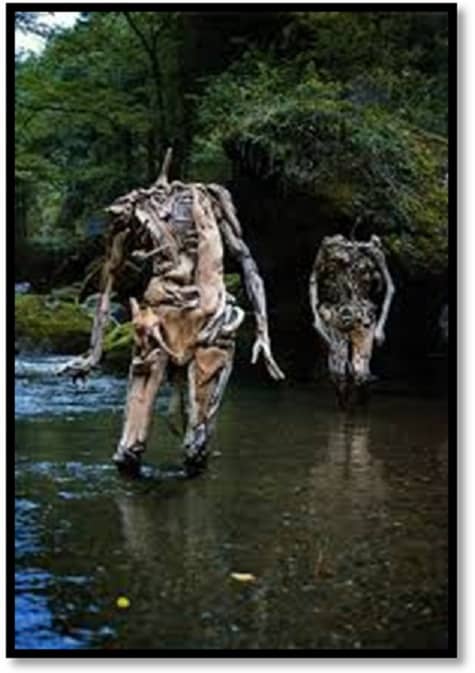 Iwasaki’s collection of faceless giants which he refers to as “torsos” are unnerving and stunning in equal measure. Made entirely of driftwood found by the artist, they are depicted in mid-stride, or standing stock still, the twists and turns of their muscles and organs portrayed through warped wood, as if their skin has been flayed away.

My studio is located in a town on the southern tip of Yamanashi prefecture. If you head over that way after a typhoon, there is always a lot of drift wood that has been washed up on the beach. I eventually started putting together these pieces of drift wood to create human forms. The Torso pieces I create use absolutely no glue or other adhesives. Instead of iron nails I use wooden stakes, so these pieces don’t use any materials other than wood in their creation. I also don’t bend, shave, or otherwise process the wood in any way. Every piece is built to stand on its own without support. Each piece of drift wood I use seems to have been destined for use as some part of the human form, as each individual piece comes together to fill the parts of the body naturally. My job is to simply connect those parts together. Much like our own bodies will all one day rot away and return to the earth, so too will my pieces likely suffer a similar fate. Wood has that sort of ‘organic’ appeal to it, and I believe that is why I was drawn to the concept of using drift wood to begin with. 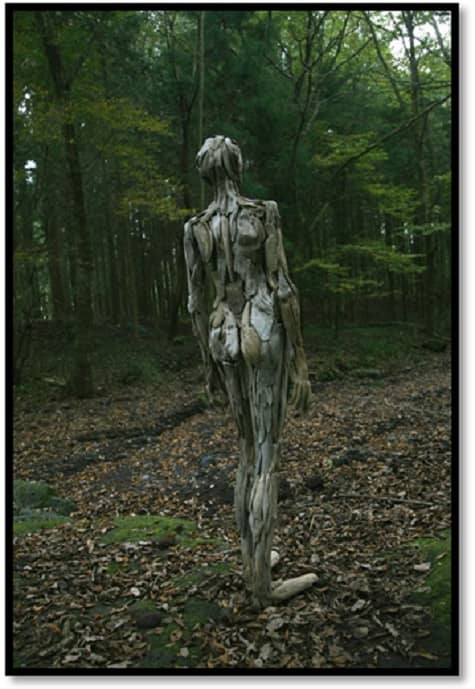 The sculptures themselves are life-sized at around 5 feet 9 inches and no two sculptures are exactly alike, which makes them all seem like individuals with their own quirks and personalities. Iwasaki’s creations have been exhibited in installations both in Japan and abroad, and have been featured in solo and group exhibitions in the Tokyo area for the past 25 years. Descriptions of Iwasaki’s sculptures by viewers run the gamut from scary, unsettling, and imposing, to profound, intriguing, and otherworldly. 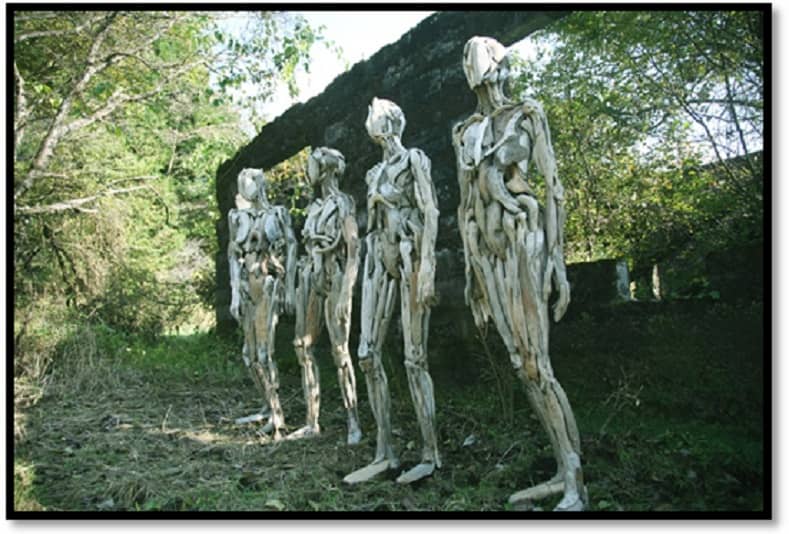 Imagine a relaxing stroll in the woods, and them coming upon one of these.

“Nightmare fuel” is the description that comes to mind actually. 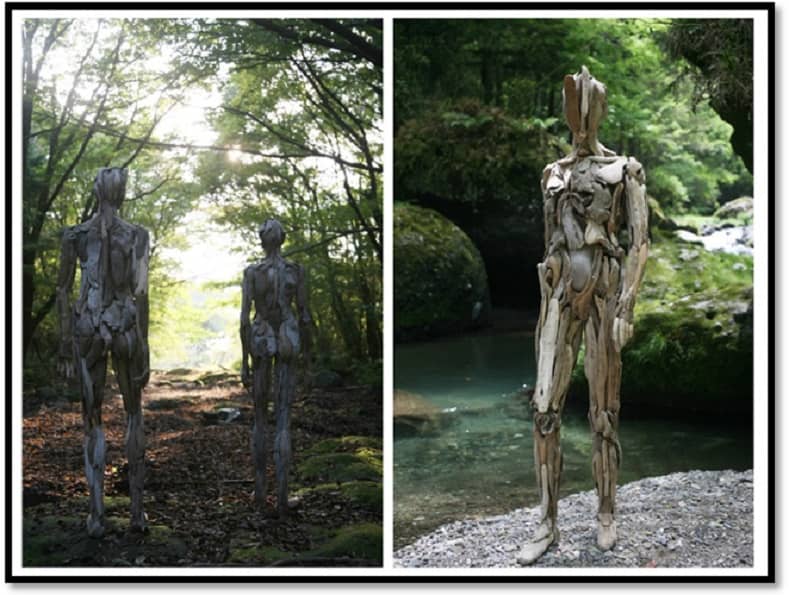 With that, we’ll thank you for coming with us into the brave new decade, and remind you to keep us posted on any story ideas or celebrity interviews you would like to see here. Just post a comment or drop a line to sue@blackgate.com.