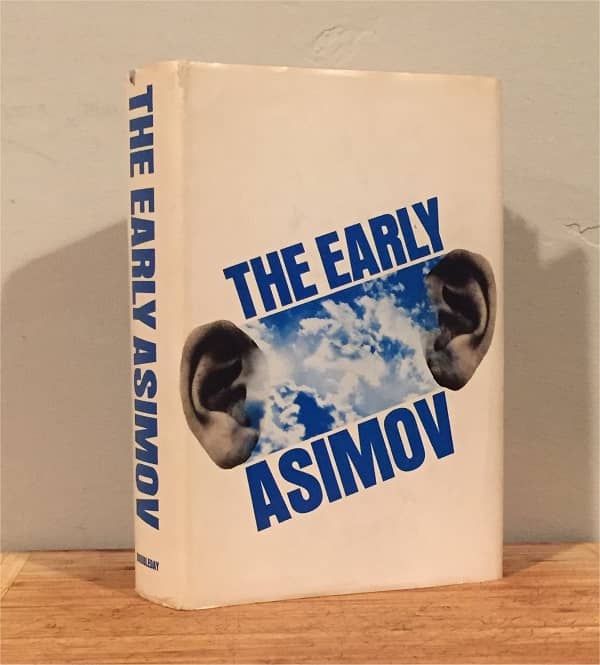 This is a book I’d never read before, and debated recently about whether to ever read it. On the one hand, life is too short to read every book one might have accumulated, and this book consists, frankly, of all the stories from Asimov’s early career that had not already been included in 10 earlier collections — all the leftovers. (Those 10 include I, Robot as well as the three Foundation “novels,” since those were largely comprised of earlier magazine stories.)

Thus I had passed over it several times before. On the other hand, I kept noticing early stories by Asimov in various anthologies, and realized that I’d never read those stories, or only a couple of them via those anthologies. So why not catch up on the others and just read through this 1972 book? An attraction is the substantial, autobiographical notes Asimov provides, detailing how each story was written and submitted; the book is subtitled “Or, Eleven Years of Trying.”

Such notes proved so popular here that he provided similar notes in subsequent books (like the anthology Before the Golden Age) and then in two lengthy volumes of autobiography over the next eight years.

So before considering individual stories, here are the broad takeaways from reading this book.

These stories were all published from 1939 to 1950, the same span of years in which Asimov published of the Foundation and robot stories that went into I, Robot. The appendix has a numbered, chronological list of the 60 stories from this era, including several stories that went unsold and were lost, and the 27 stories included in this book.

Some examples of cringe-worthy stories:

Two odd-ball pieces are fantasies co-written with Frederik Pohl (for a time Asimov’s agent) under the pseudonym James MacCreigh.

And then there are several pretty good stories, worth reading on their own terms, or at least significant in the context of Asimov’s development.

There are a few other stories in the book that I haven’t mentioned, but any points I might make about them have already been made.

Finally, here’s a broad take-away. Reading the lesser works by an author helps you to better appreciate their best works. This is a scalable conclusion. The “classics” of any author or era are often the exceptions — that’s why they’re exceptional — and reading only those misses the standards against which they’ve been compared.

That’s why in my retrospective reading and reviews, while I generally focus on “classic” novels and short fiction, from a perspective of 50+ years, I occasionally visit more ordinary works. They provide insight into the standard themes and assumptions of an era, or an author, that are just as fascinating, in a different way, as the exceptional classics.

This article originally appeared at Views from Crestmont Drive.

Mark R. Kelly is the founder of the Locus Online website, for which he won a Hugo Award in 2002. He established the Science Fiction Awards Database at sfadb.com. He is a retired aerospace software engineer who’s lived almost his entire life in Southern California. Find more of his thoughts at Views from Crestmont Drive.

Back in the day, I read the heck out of my two volume paperback edition of the Early Asimov. You’re certainly right about the badness of the bad stories and the absurdity of the absurd stories, but it’s only fair to point out that Asimov himself fully admits the badness and absurdities in those biographical notes. Really, the purpose of the book isn’t to preserve brilliant ideas embodied in deathless prose, but rather to show the process of learning to be a writer, with actual, often clumsy and fumbling stories as concrete illustrations. That, together with rich slices of the history of the Campbell era, make it a terrific book – just not a book of terrific stories.

Hear! Hear! I read THE EARLY ASIMOV in my early teens, and I absolutely loved it. The mix of fiction and non-fiction made it sort of an instruction manual for How To Be A Young Science Fiction Writer, and it certainly worked its magic on me… I’ve wanted to be one ever since. 🙂

I really love this book. I’ve avoided reading it for years because I was pretty sure the stories wouldn’t hold up to an adult re-reading. But maybe I’ll try it.

I have the 2-volume paperback edition of The Early Asimov, which I read back when it was published. Even then, I had the feeling that “Black Friar of the Flame” was the most un-Asimovian title, EVER. I kept (and keep) expecting it to be a Clark Ashton Smith piece. Which thought probably would please neither of them.

Mark’s excellent review doesn’t really encourage me to read the thing—except for Asimov’s biographical interludes, which I somehow find absorbing, even when they deal with really trivial things.

BUT Mark has kindly (and convincingly) picked out the ones worth reading, so maybe I’ll try those. My version is the three volume Panther issue (of which I have only two volumes, but I’m sure I can find the missing stories, if any!).

I read THE EARLY ASIMOV back in 1973 or so when I was reading everything by him. I loved the gossipy introductions.

At the time, “The Red Queen’s Race” and “No Connection!” were my favorites, with “Mother Earth” up there too. I certainly noticed that those were “late” Early Asimov. I came to the conclusion that he got better as he got older! (And indeed in my opinion his best work is essentially all from the ’50s.)

In that same of issue of Fantasy Book where “The Little Man on the Subway” was published there was “Scanners Live In Vain” by Cordwainer Smith.

I forgot all about that! Fantasy Book editor “Garret Ford” (really husband and wife team Margaret and William L. Crawford) earned their reputation by publishing Cordwainer Smith’s first story, “Scanners Live In Vain,” which I understand had been rejected by most of the bigger magazines. 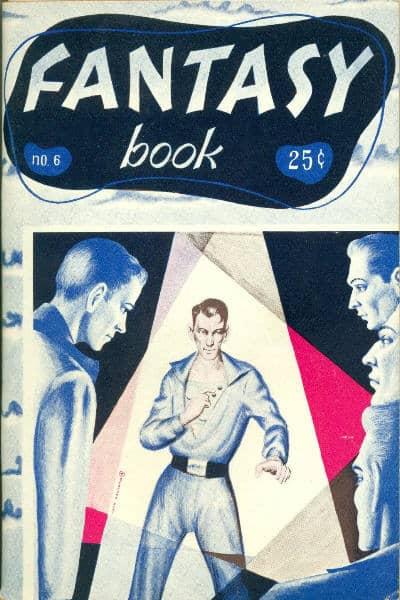