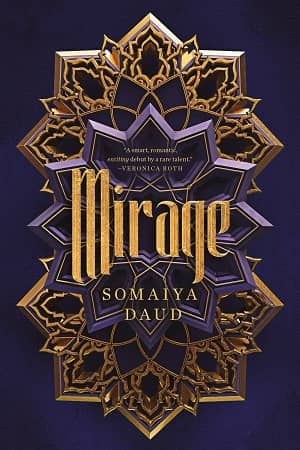 The nameless young Andalaan boy has yet to reach his majority, so he doesn’t have his face tattoos yet. But that’s what makes him a perfect assassin. The evil Vath invaders won’t be able to trace him back to his family and tribe.

For his whole young life, the boy has known the cruelty of the Vath. If he kills their crown princess, he’ll win a cottage for his family and a husband for his sister. He knows it’s a suicide mission, but he accepts. He readies his weapon and goes to the event where the Vath heir appears.

She looks so much like his own people. Her blood is only half Vathek – her mother was a native of this planet. But she’s rumored to be even more vicious than her iron-fisted father.

He raises his blaster and fires twice.

Amina is an Andalaan girl on the verge of becoming a woman. On the night that she gains her majority, she goes to the festival with her family to have her face tattooed. This is one of the few Andalaan traditions that persist. And since the Vath have burnt the farmers’ fields, leaving no provisions for the upcoming winter, the whole tribe needs an excuse to come together and enjoy an evening of ritual, however brief.

But the ink on Amani’s face hasn’t even dried before a squadron of Vath droids burst into the gathering. They separate Amani and the other teenage girls from the rest of the tribe and make them stand in a line.

Amina hasn’t done anything wrong. She hasn’t aided the rebels or raised a hand against the Vath. Still, when a droid scans her face, an alarm erupts and the robots seize her. They drag her away and load her onto a Vath spaceship even while the droids set fire to the building that holds her family and friends.

The ship takes her to the royal palace in the capitol, where she discovers why they wanted her. She looks exactly like Maram, the crown princess, the next ruler of this solar system. She must serve as Maram’s body double, protecting her people’s tormentor with her own life.

When the nameless boy raises his blazer, is it truly Maram that he shoots? Or is it Amina, instead?

Flatiron Books published Mirage in 2018. It won the School Library Journal Best Book of the Year and is a Junior Library Guild selection. The publisher lists the hardcover price as $18.99, the paperback as $10.99, the ebook as $9.99, the compact disc as $44.99, and the digital audio as $26.99. To read an excerpt, point your browser here.