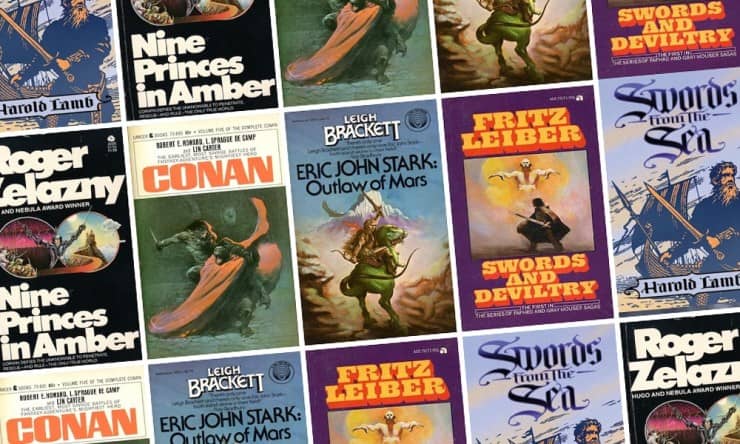 Howard Andrew Jones’ new novel Upon the Flight of the Queen arrived in hardcover on Tuesday, and the day before Howard and I (under my Todd McAulty pseudonym, the name I use to write and promote fiction) appeared at Tor.com to talk about authors who teach you how to write fantasy. Here’s a snippet.

Todd: How have you followed Zelazny’s dictum on keeping the readers in the dark in the second book?

Howard: Throughout [The Chronicles of] Amber, Zelazny had masterful twists and surprises, although none can really compare with the end of book 4, The Hand of Oberon, which literally made me dive across the bed, where I was reading, to grab the final book to find out what happened next. No book conclusion, ever, in all my years of reading, has worked so well, and it’s a high water mark I’ve yet to hit myself.

But it’s something I certainly keep in mind as I build a story. Keep your readers interested and wanting more. With Upon the Flight of the Queen I worked hard to implement the lessons we’ve discussed. Zelazny continues to surprise as Amber rolls along because there were always a few more secrets to be learned, both about character motivation and about how the world actually worked. Information you thought was accurate proves either to be more complicated, or to have been completely wrong. In my own books, there are definitely more secrets to learn, and as some mysteries are solved, other related mysteries are introduced.

This is our third article for Tor.com. The first two, Five Forgotten Swordsmen and Swordswomen of Fantasy and Five Classic Sword-and-Planet Sagas, were surprisingly popular, with nearly 250 comments between them, and that’s been hugely gratifying. We’re having a lot of fun with this series; our next one will likely be about Traveller and classic science fiction gaming.

Howard’s had a good week at Tor.com; on Wednesday reviewer Paul Weimer called Upon the Flight of the Queen “entertaining fun. Sieges, infiltrations, dragon riding, high magic, duels, and larger than life characters trying… to be big damn heroes of their own story. Jones does an excellent job.” Check out his feature review here.

I consider myself lucky as an Amber reader, as I started the series a bit late and so was just finishing The Hand of Oberon when The Courts of Chaos was being published, thus avoiding the painful 2-year wait. Mr. Jones was even luckier, I see!

No link above to the new conversation piece.

Todd — whoops! Clicking on the image above takes you right to the Tor article, but clearly that wasn’t obvious.

I’ve added a link in the body as well. I should have done that sooner. Thanks for pointing out my goof!