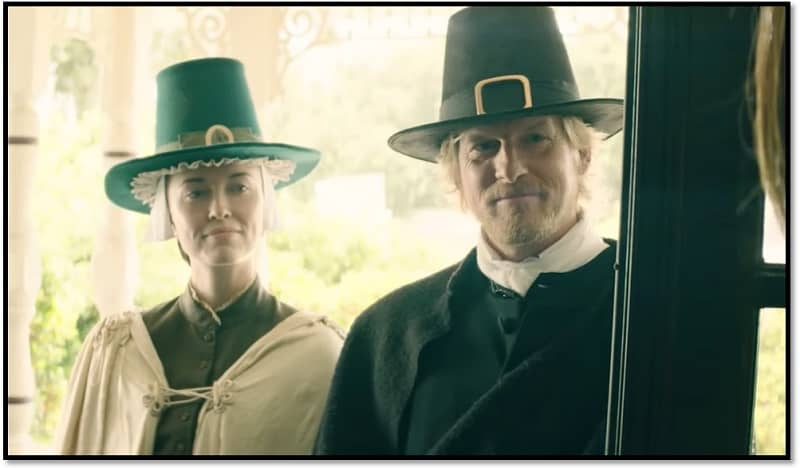 Considering all the stories one hears about how stressful Thanksgiving family time can be, it’s surprising that the annual bacchanalia of feasting and intoxicated relatives has not been fodder for more Thanksgiving-themed horror movies. There have been a few of course, such as Home Sweet Home and Thankskilling, but they have been campy and largely forgettable, in spite of the bewildering amount of material to work with.

But, as we reported last week, Jason Blum and his crew at Blumhouse Productions are on a very entertaining roll turning your cherished memories upside down. Last year they joined forces with Hulu for an analogy project called Into the Dark, dedicated to releasing holiday-themed horror films every month. Blumhouse’s Thanksgiving offering for 2019 will likely go down in history as the best Thanksgiving-horror movie tie in ever.

In a collaboration between screenwriter Noah Feinberg and the writing duo Patrick Melton and Marcus Dunstan (Feast, Saw IV-VII) Pilgrim isn’t just a horror story that happens to be set during Thanksgiving, but instead is a film steeped in Thanksgiving history and tradition; all of which is perversely twisted for our enjoyment.

A woman invites Pilgrim re-enactors into her home to give her family an authentic recreation of the first Thanksgiving, all in the hopes that they’ll put down their phones, cast their differences aside, and learn to truly appreciate one another – if only for a couple days. But when the actors refuse to ever break character and their behavior becomes increasingly concerning, the lessons they bring may come at a deadly cost.

Not long after daughter Cody wishes on a turkey wishbone that her step-mother’s Thanksgiving plans backfire in her face, Pilgrims Ethan (Peter Giles) and Patience (Elyse Levesque) arrive at the family’s home and her fears (and wishes) come true. Ethan and Patience represent Puritanical extremism at its most frightening and aren’t afraid to get a whole lot of blood on their hands in the process of spreading their message. Their mission is simple: make the family appreciate what they’ve got.

Check out the trailer….

In addition to being a slow-burn scare (my favorite) Pilgrim is full of social commentary. It addresses the dark origins of Thanksgiving as it pertains to the religious extremism of the original Pilgrims and their actual feelings toward Native Americans; echoes of which can be heard in today’s headlines. Pilgrim smartly dips into the distant past and yanks out a horror story that was right in front of our eyes the whole time. 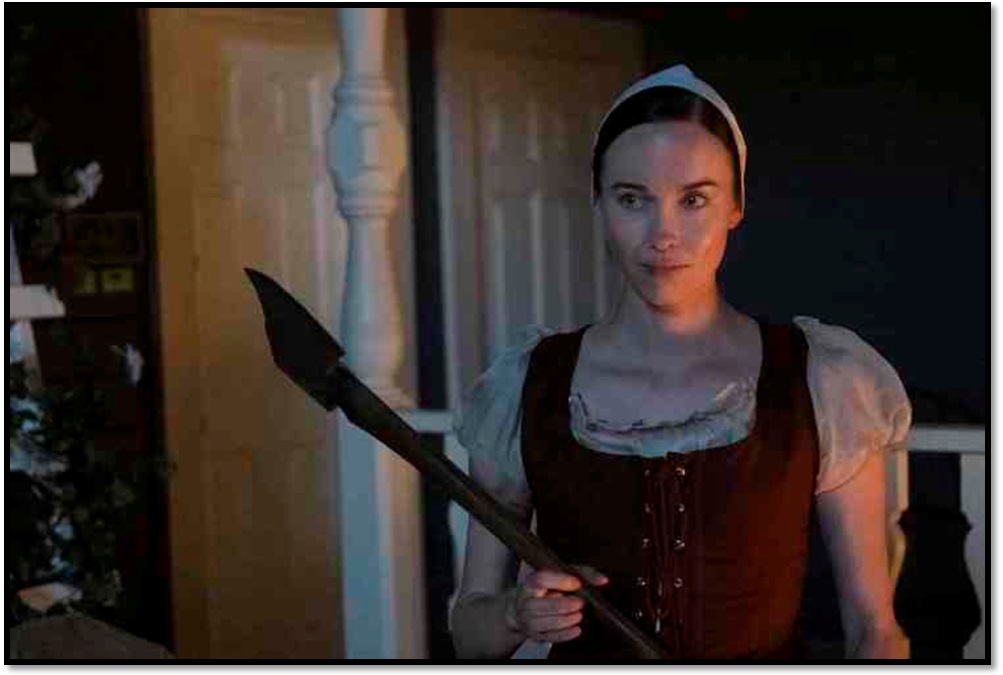