Every year around the time of my favorite holiday season, reports make the news about “extreme” haunted attractions. This sort of thing is so far beyond your local Jaycee’s haunted house that putting them in the same category is just this side of dangerous.

Because around 10 years ago, someone decided jump scares and fake blood was no longer doing the trick when it came to getting one’s heart and adrenaline racing. Actually, the original someone’s were the proprietors of Blackout who launched their sadomasochistic experience in 2009 immediately attracting a very enthusiastic fanbase. For $50 and your signature on a waiver, you embarked on an hour-long odyssey which required a “safe word” in case you had enough of being screamed at, choked, blasted with a fire hose, and having all five of your rational senses otherwise assaulted.

I remain conflicted about what to think of this whole thing, mainly because getting scared — whether at the movies or attending an October event — is generally a safe version of escapism. I mean, the chance of zombies actually chasing you is relatively low in real life. 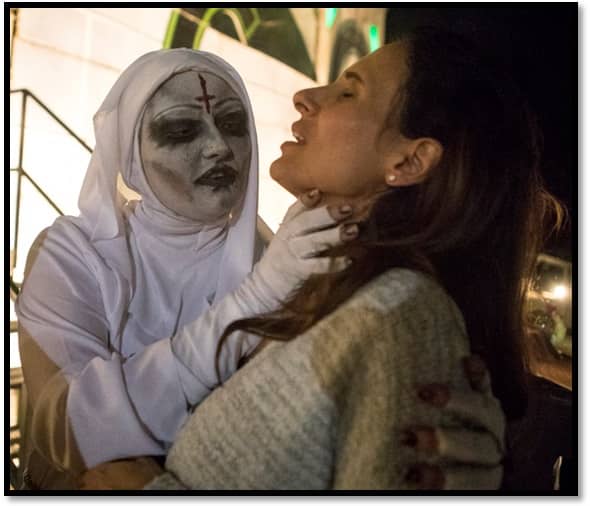 Still, the year the traveling version of Blackout came through Chicago, I found myself strangely fascinated and actually did my best to convince Black Gate photog Chris Z to go with me. He said he that since most people would do their best not to end up in Guantanamo Bay prison, he saw no reason to intentionally pay $50 for the same experience and flatly refused.

Though the price is now $70, Blackout is still going strong in NYC, celebrating its 10th anniversary year with every evening I checked into being sold out. It has also become the tamest of your Halloween horror options. These new establishments are reenacting real violence… inflicting real violence on willing participants. And that, like the movies I call “sociopath training films,” is too close to news headlines to be entertainment, at least for me.

Though it pains me to say it, Chris Z may have a point.

Still, the new extreme experiences have vehement supporters, some who return multiple times in attempts to beat their “personal bests” of facing-their-fears endurance. They come from all walks of life and appear, at least on the surface, pretty normal. You have to admire it…or at least wonder about it…or…whatever.

So, here are the five most extreme events with a little blurb about each. Remember, the “don’t touch the monsters and they won’t touch you” rules are completely out the window here. The real information is at each link but don’t open them in front of your boss, or your kids, or anyone probably. 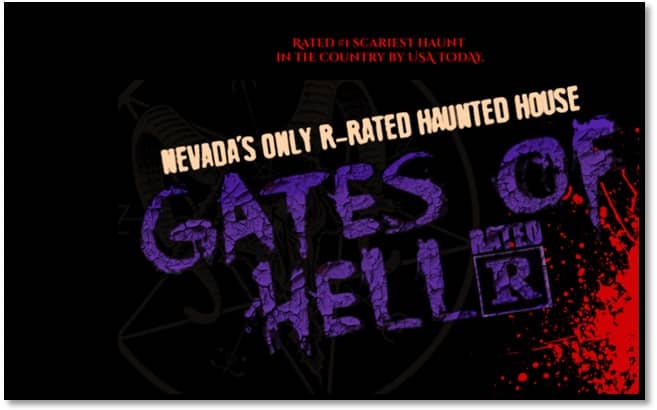 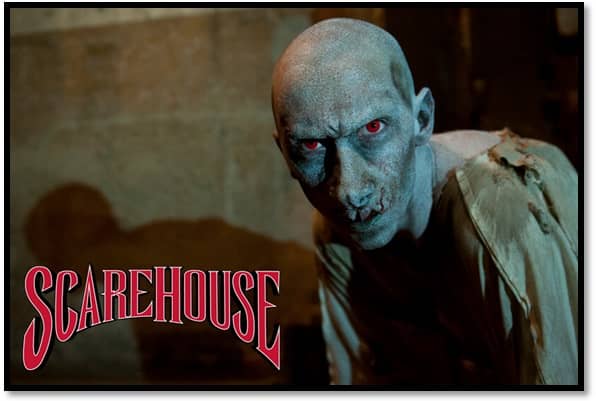 Another extreme haunted attraction for the most daring of patrons. From high voltage effects to security screenings before you enter, this place is definitely not for the faint of heart. “You will be touched, restrained, and hooded. You will be tormented, challenged, and scared out of your mind,” warns their website. 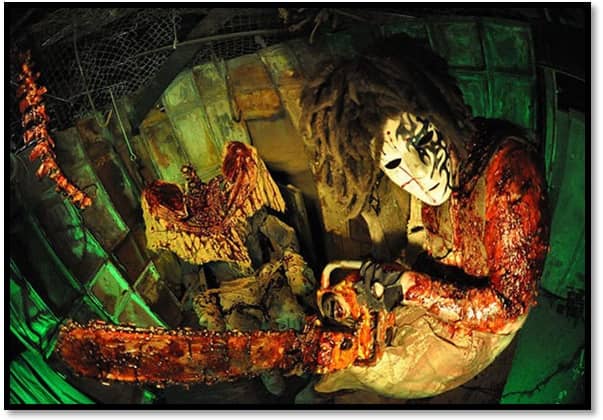 Haunted Hoochie offers patrons a “full sensory assault.” They take you by the throat and drag you down their rabbit hole of horrors that’ll get your heart pounding. The haunted house contains graphic and violent horrors. These images may be too offensive and disturbing to some. 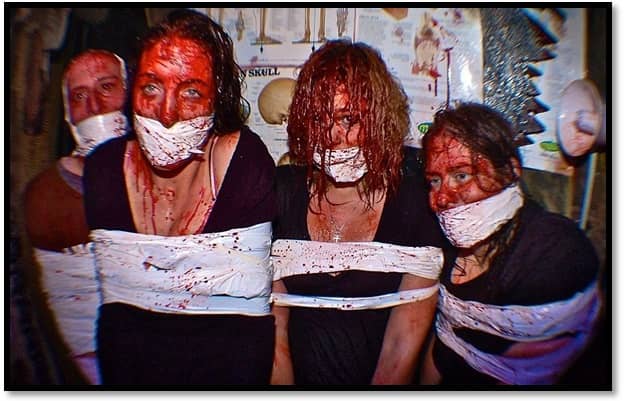 McKamey Manor: Desolation (Must be 21 or older, Alabama and Tennessee locations)

From wtf all the way to the outer stratosphere of “I have no words.” This is so over the top that it has passed out of “horror experience” and into its own category called “horror survival” with your encounter lasting up to seven hours. If you want an idea of what Russ McKamey is dishing, the Manor has its own YouTube channel but again, NSFW (in extra-large caps). If this wasn’t weird enough, its is the only experience that is free with a donation of dog food and pet supplies (Russ is a real softy, animal lover); meaning chances are, all the people inflicting this madness on you are not being paid but doing it for the sheer fun.

Check out this year’s “teaser trailer” for an idea of what we’re talking about.

So, there you have it, the 2019 S&M Halloween tour. Honestly, I’d love to hear from someone who has actually experienced one of these, so post a comment or drop a private not to sue@blackgate.com.

The Haunted Attraction Association (HAA), the only official association of the haunt industry and owners of the big convention we cover in St. Louis every February, are very irritated with McKamey Manor – for good reason. Check it out…

That video is gruesome! I couldn’t watch the whole thing.

Ok NOW its getting real…