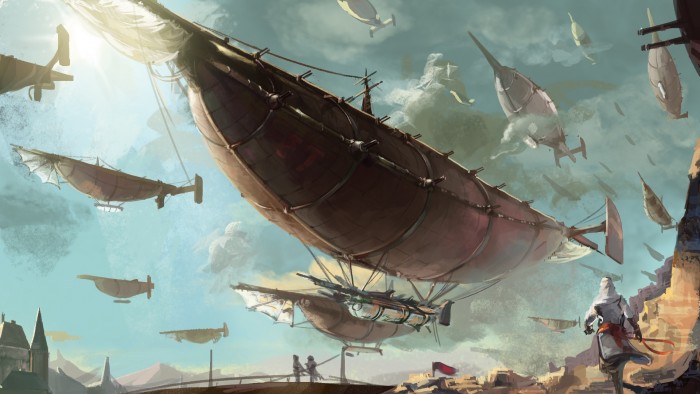 This is… Steampunk Assassin’s Creed? It’s pretty cool whatever it is.

I have a wee problem. I’m absolute rubbish at categorizing works of fiction. Sure, some things fit quite nicely into easy designations. The Lord of the Rings? Fantasy, duh! Dragon’s Egg? Science fiction, duh! Battlefield Earth? Nonsensical drivel, duh! Sorry. I genuinely dislike that book. It’s alright if you like it. I just don’t. Anyway, what was I saying? Ah, yes. Genre.

Things, however, very rarely fit ever so neatly into a single genre, though, especially now when so many diverse voices are bringing fresh takes, pushing boundaries and deliberately blurring the lines between genre. This experimentation, this refusal to be bound by boring rules that are no longer relevant, has created some of the most interesting, immersive stories I have read in a long time (which is to say, I don’t get bored rereading all the same tropes over and over to the point where I can accurate predict the trajectory of a story from the first chapter). I love that I don’t get bored reading now. I was starting to, if I’m honest.

In a world obsessed with categorizing everything neatly, however, it’s creating a little bit of friction. 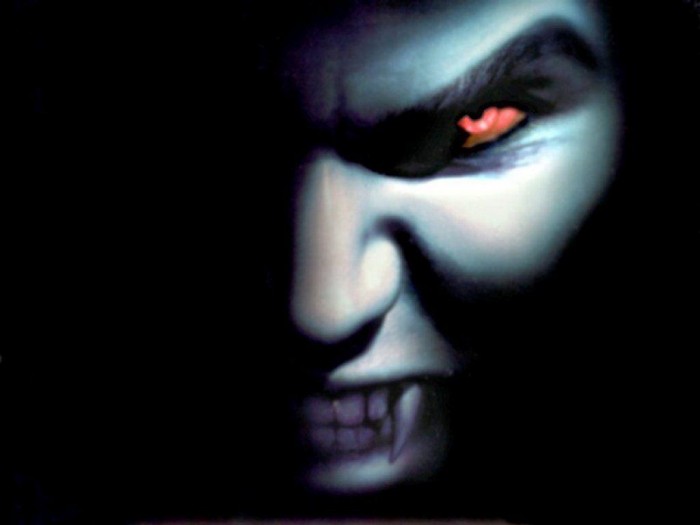 Of particular bother to me is the distinction between young adult and adult books. To me, there is very little distinction; little enough so as to be utterly arbitrary and meaningless. Part of the problem, I suspect, was that I had free pickings from my parent’s rather extensive library from the moment I could read. As a direct result, I skipped over the children’s and young adult genres (though I will contend that ‘young adult’ is a newer genre and did not exist when I was reading… though my ignorance of it may be a direct result of what I’m revealing this moment). I was reading The Lord of the Rings when I was eight, as well as simpler reads like Eddings, King and others.

The closest thing to young adult I read was, perhaps and briefly, Animorphs. These protagonists were really young, and though faced with terrible things, weren’t really behaving like adults. Schooling was involved, or perhaps summer camps? I honestly don’t remember, except that the one who changed into an eagle was called Tobias. I think. That’s all I remember. Anyway, that was a distinctly child-focussed series. It made sense to me that it would be headed under young adult.

Modern takes on that genre make much less sense to me. Suddenly, young adult fiction includes young folks with jobs, those who have graduated high school and other distinctly not-young traits. I have a title in which the main protagonist is past thirty years of age, and it was once rejected for publication because it was deemed too young adult.

It seems to me that it is largely drawn across gendered lines. Is your young protagonist of the feminine variety? Well, that makes it young adult. Adult books, you see, feature young men, not young women as their protagonist… or so it seems to me. Or, rather, for a book to be considered adult and still feature a young protagonist, that character must be male, else it’s young adult instead. Think The Hunger Games and Battlefield Earth. No one has accused Battlefield Earth of being a young adult novel, despite the protagonist being a teenager when we first meet him (or if he’s not, he’s written as if he ought to be; the whiny, selfish twat). This may not be true, but it certainly is a trend I’ve noticed. 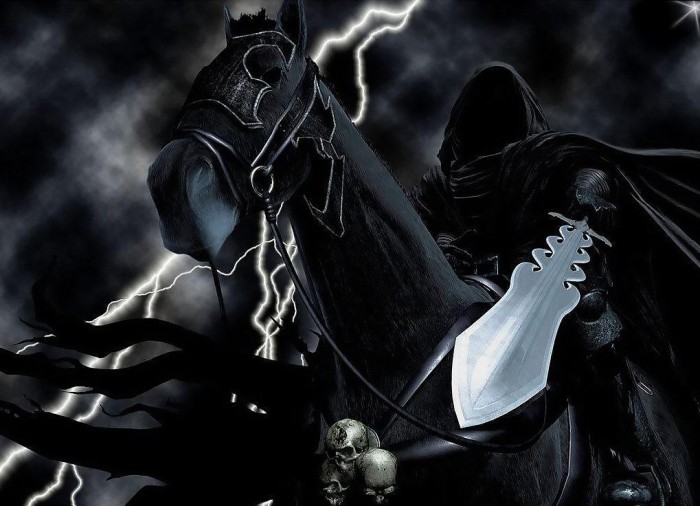 Horror or fantasy? Both? Neither? Grimdark? What even is grimdark?

Grimdark is another one I struggle with. What even is grimdark? How does it differ from dark fantasy? Are they the same? To the best of my knowledge, grimdark blurs lines of traditional fantasy, including elements of horror, and cynical ‘realism.’ So… knights and zombies? I’m being facetious, of course. Grimdark is some of my favorite reading and writing, if I’m honest. Even so, there isn’t really a definition for it. Wikipedia’s got, like, five, and notes that there’s plenty of discourse around the term. Is it a genre in it’s own right? An unhelpful label? A way of dismissing fantasy fiction that aims to dismantle tired traditional tropes?

Often, it feels like a new genre is invented every time a writer comes at a well-known, comfortable trope from a new angle. There are a dizzying number of genres now. Despite this, it can be absolutely impossible to find a place where one’s writing might comfortably sit. What do we in do in that case? Proclaim it to be yet another new genre with confidence and hope that people just nod and ask no further questions? 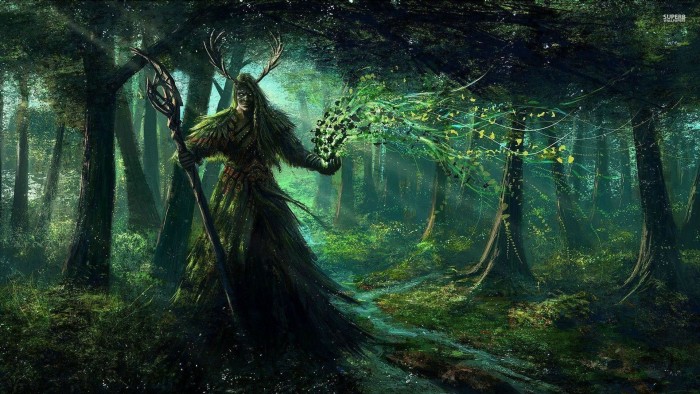 I have a book that’s Celtic-myth-punk. Shut up. That’s a genre. Now.

Of course, I bring this up only because I’m headed to a convention in three-ish weeks where I’m hoping to sell a couple of series to publishers or agents, and I’m having a devil of a time trying to place them so I can easily sell them. One is, I think, a grimdark. Or a dark fantasy. It’s fantasy. It’s dark. There are zombies (of a kind). I’ve had bad dreams because of it. Dark.

I have heard tell that grimdark/dark fantasy is on the out, but, um, oh well! I’ll try all the same.

The other is without a genre. It could definitely be young adult, since on of the protagonist’s is a college student… until the accident. The rest are definitely adults. It’s based heavily in Celtic myth, but there are airships powered by crystals, and laser-gun fights and whatnot. Where does this book fit? I don’t know. I’m panicking about the ‘what genre’ question when it comes to this series.

I’ve come by this anxiety around the issue of being able to categorize this series honestly. I have received many a rejection letter praising my submissions, but rejected all the same because it can’t be easily classified into a particular genre and this is, and I quote, “too difficult to market.” Which… fair. If I knew how to market it, I wouldn’t be asking someone else to do it. I totally understand how helpful these categories can be. I just find myself entirely frustrated reading the same old, same old (which happens much less now, thank heavens), and trying to sell stuff that doesn’t quite fit anywhere.

Anywho, these are some of the things I’ve been mulling over of late. How do you feel about genre and books that completely obliterate those constraints? Leave you thoughts in the comments.

As to Young Adult, from the Forties it was named Juvenile Fiction. That included The Hardy Boys (mystery), Tom Swift Jr. (science fiction) and a dozen of Robert Heinlein’s novels, and tons more books. When “juvenile” took on a bad connotation (juvenile delinquent), and some publishers didn’t want their books quite so pegged to that, it became Young Adult. At least that’s how I remember it.

Also, I think most of those made up subgenres you mention are really either fantasy or SF.

Ooooh! That’s a good way to think of it.

And you’re right, of course, they are subgenres, though increasingly they’re treated as entirely separate things, with the parent genre, as it were, being a loose, nebulous classification that means little; particularly if you’re trying to sell a manuscript.

I like classifying books by genre because it helps me as a reader choose.

But they become a problem when they are used to stifle an author. I feel like every discussion about genre should come with a disclaimer about that.

You have authors like James Enge, who i absolutely love. The Morlock stories are extremely hard to classify. Parts sword & sorcery with a dash of horror and maybe a sprinkle of high fantasy.

Genres are a useful tool as long as you don’t let them run the show.

Agreed. Though, again, some things don’t seem to fit anywhere.

Anyone can see those are Barsoomian fliers….

Anyone can see that those are Barsoomian fliers….