Howard: Today I’m turning over my Black Gate megaphone to Joshua Palmetier, gifted writer, mathematician, and the mind behind Zombies Need Brains’ line of anthologies. Joshua publishes a lot of Black Gate writers, so we naturally have fingers crossed his upcoming Kickstarter will fund and hope that you’ll check out. Regardless, though, this article has some great insight on writing good short fiction and getting out of the slush pile. Take it away Joshua!

Zombies Need Brains’ latest Kickstarter is nearing its end (ONLY HOURS LEFT!) and, with the possibility of an open call for submissions if we fund, I thought that I’d spend some time talking about how you can better your chances of getting from the ZNB slush pile into one of our anthologies. The competition is pretty steep and only getting worse with each Kickstarter. (Last year, Portals had 550 submissions alone and we ended up taking seven; we had a lot of anchor authors for that one, though.) I’ve talked before about how to brainstorm your way to an idea that isn’t standard, but also isn’t so far out there it’s off theme. So let’s suppose you already have an idea of what you want to write. A core concept. 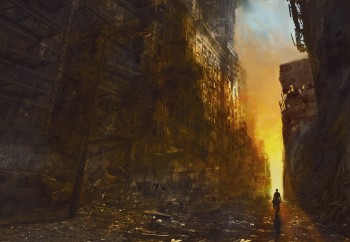 As you can guess, that’s not enough. We get a ton of stories submitted where, when I’ve finished reading the story (and I usually read all of the stories all of the way through, just in case), I end up saying, “OK, that was a cool concept, but there isn’t a story here.” In essence, the author wrote out their idea, but they haven’t yet taken the time to develop a story around that idea. And that’s key. It’s extremely rare for ZNB to accept a submission based on idea alone. This is why we rarely accept stories less than 2500 words or flash fiction — it’s not that the writing isn’t good, it’s that it’s difficult to get across a completely developed story in that short a timespan. It’s possible (I think we’ve accepted one or two in our past anthologies), but it’s rare.

After capturing my attention, you need to hold it, so the pace needs to be fast. Remember, this is a short story. Each word needs to matter, so keep things tight and focused. Don’t let yourself wander into subplots and secondary threads or secondary characters, as you would with a novel. Keep yourself on track with the main idea. You can always expand the story later on into something larger if you want, but for now, focus. If you’ve already written the story, then during revisions you need to look at the main idea and cut everything else out. Narrow the story down to whatever is needed for the idea and the character arc. Everything else must go. Tighten, tighten, tighten. 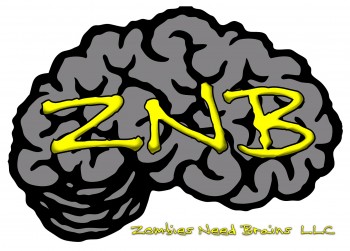 So, when thinking about submitting a story to ZNB’s slush pile, start with a cool concept. Build an engaging character arc around that concept. Mesh the two together. Tighten the prose. Let it sit for a few weeks, then go through and tighten it again. Because that’s what we’re looking for: a tight, focused story where a cool concept and interesting character arc merge into a stunning work.

Now, take these words to heart, sit down, and write that story. Good luck!

This post is brought to you by the Zombies Need Brains Kickstarter currently going on at tinyurl.com/ZNBApocalypse. Swing on by and check out the details for the three new anthologies we’re hoping to fund, including Apocalyptic, Galactic Stew and My Battery is Low and It Is Getting Dark. But time is running out! Only hours left before the Kickstarter ends and we can’t do an open call for submissions unless we get funded. But once we are funded, sit down and brainstorm a cool idea, write it up, and send it in!

Joshua Palmatier is a fantasy author with a Ph.D. in mathematics. He currently teaches at SUNY Oneonta in upstate New York, while writing in his “spare” time, editing anthologies, and running the anthology-producing small press Zombies Need Brains LLC. His most recent fantasy novel, Reaping the Aurora, concludes the fantasy series begun in Shattering the Ley and Threading the Needle, although you can also find his Throne of Amenkor series and the Well of Sorrows series still on the shelves. He is currently hard at work writing his next novel and designing the Kickstarter for the next Zombies Need Brains anthology project. You can find out more at www.joshuapalmatier.com or at the small press’ site www.zombiesneedbrains.com. Or follow him on Twitter as @bentateauthor or @ZNBLLC.