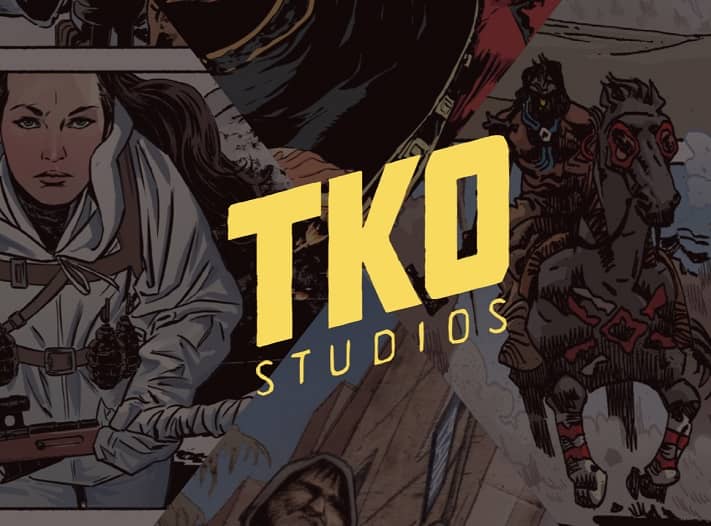 I get a lot of my comic news through podcasts, which means that (a) they’re mostly interview-based and (b) it may take me a month or two to get to them. But on a recent road trip, TKO Studios, a new comic book company, was advertising on a couple of my podcasts and had interviews as well. They sound different. Let me go through the things that caught my attention.

First, the company releases all its first issues for free digitally, for anyone to download. This feels very savvy to me because comic books are expensive. Being able to try some for free really reduces the barrier to engaging. You can download the first issue of each of the four first series right here. 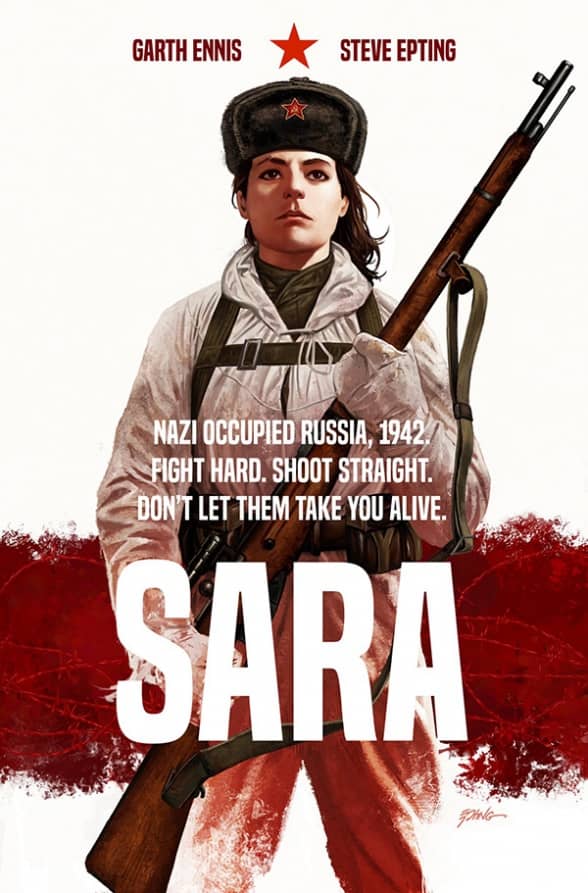 Second, TKO Studios is run and backed by a TV writer who loves comics (Tze Chun), a high tech investor, and Sebatsian Girner, an ex-Marvel editor who in recent years has been freelance editing for some of the top talent in the field. Given how much cross-pollination there is between Hollywood and comics, and the movement of IP from comics to TV, the Hollywood connection seems very strategic. 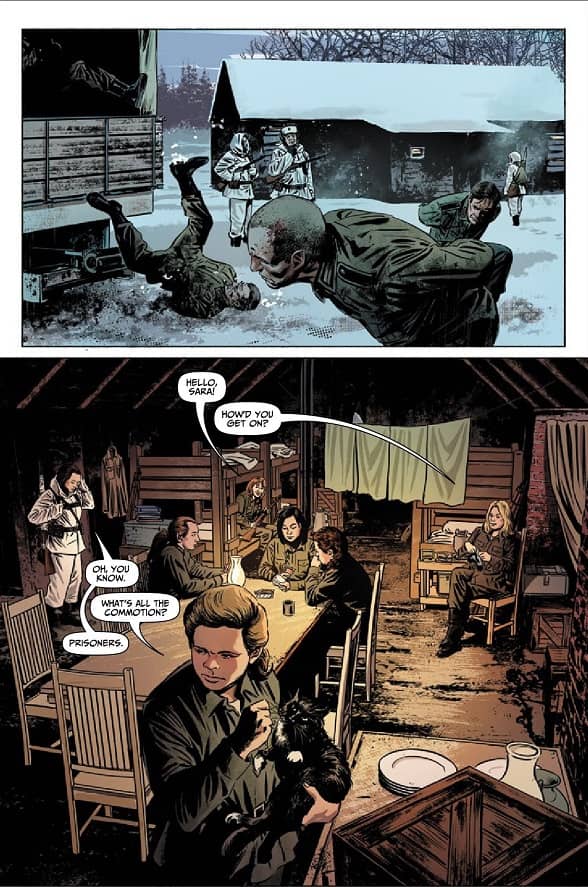 This kind of backing also led to the third thing I noticed. The talent. One of their first books was by Garth Ennis (The Boys, Preacher, Punisher) and Steve Epting (the 2005-2009 Captain America run with with the Winter Soldier). 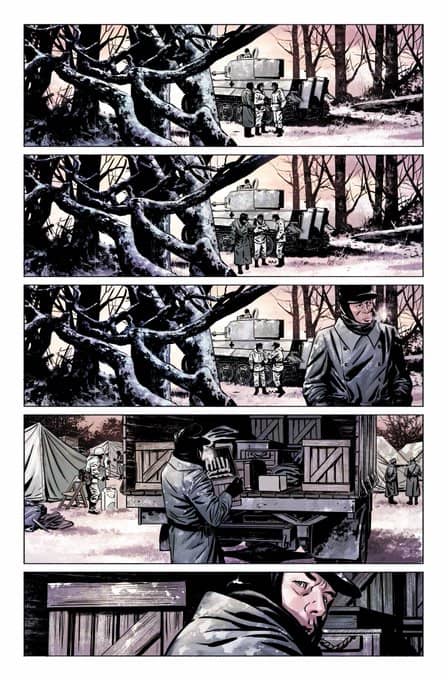 They’re doing a book called Sarah about women special forces in the Russian army during World War II and it’s amazing. The other titles look equally good creatively. The 7 Deadly Sins is a crime western. 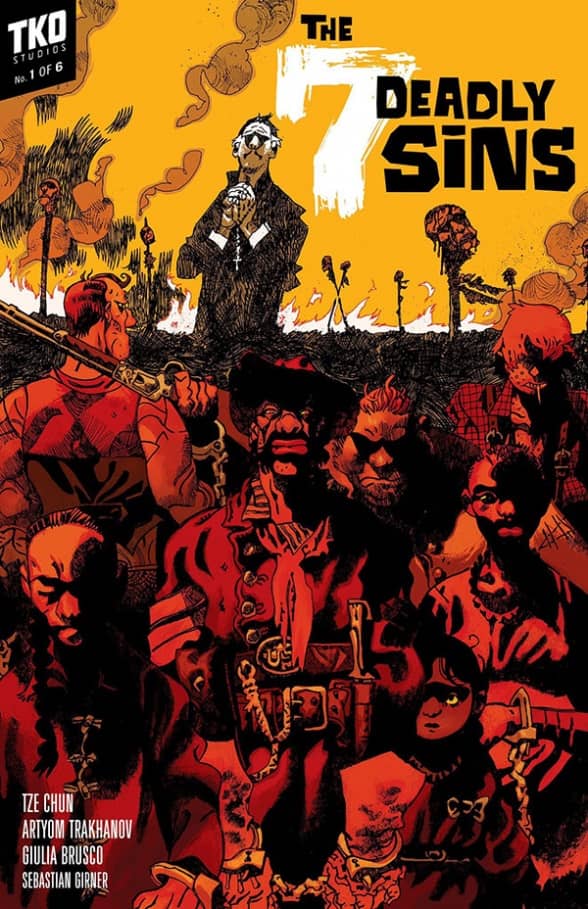 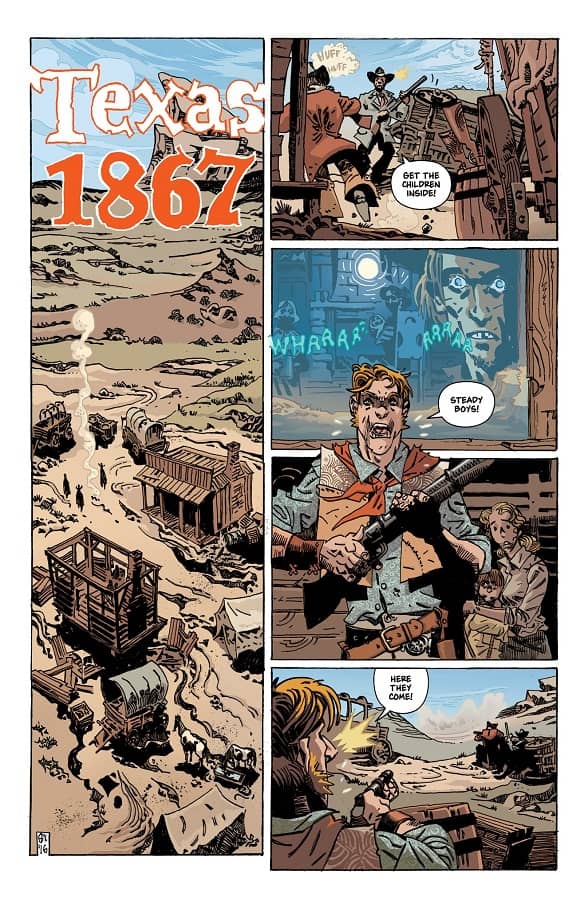 Goodnight Paradise is a detective story featuring an amateur homeless detective. Its immersiveness and character work are impressive. 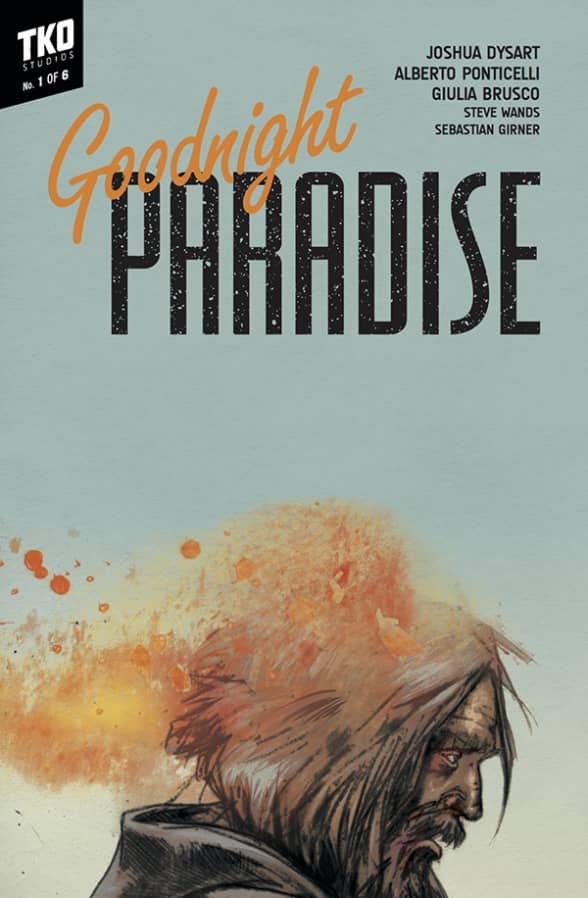 The Fearsome Doctor Fang is a pulpy steampunk adventure with a ton of visual energy. 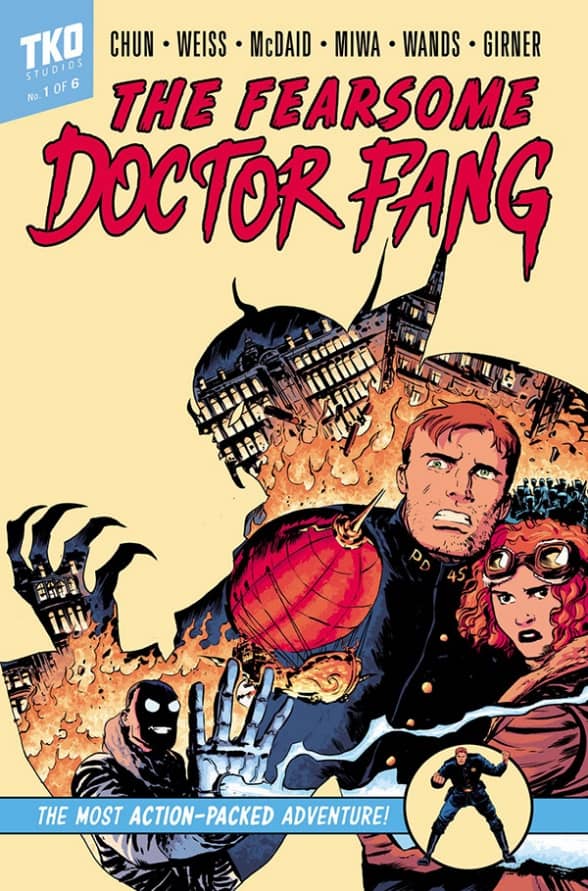 The fourth thing that caught my eye is that they are binge releasing their titles. Entertainment habits are becoming increasingly binge-focused, whether through TV streaming services or comic fans who buy only trades. So TKO releases a whole trade’s worth of comics all at once, in all the formats (trade, floppies in a display box, and digital). 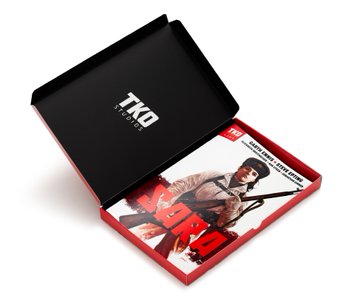 The phenomenon of people buying only trades is real. Its a mode I increasingly gravitate to myself. Seeing a company looking to adapt to the market in this way seems farsighted to me. I imagine this is hard on the company on the cash-flow side, so they have to have far more faith in their product. But maybe that faith goes both ways? Retailers don’t have to worry about an issue being late or the creative team changing. Every arc is already complete at the time the comic stores have to make the ordering decisions. 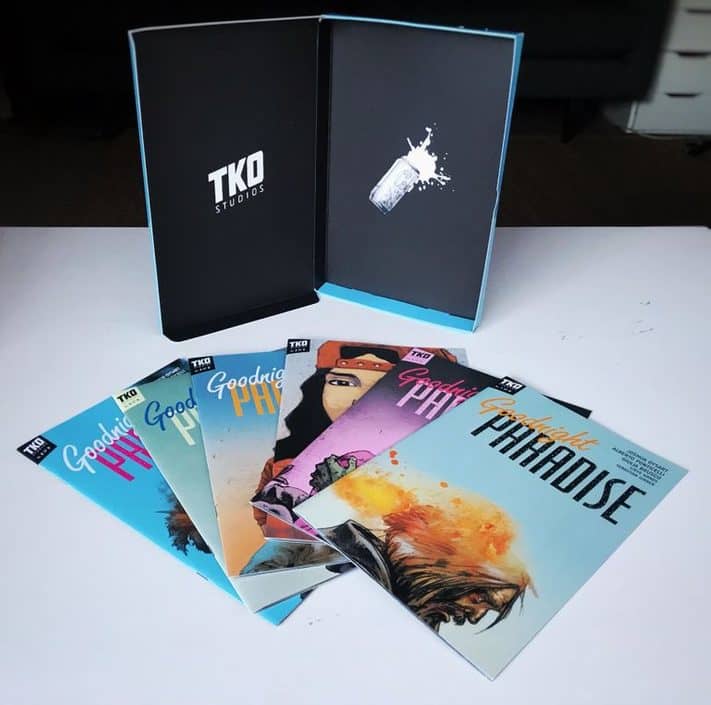 Which leads me to the last of the innovations they’re testing. They’re not going through Diamond distribution, which is the distributor that brings comics to all comics shops. TKO just ships through a courier at half the cover price. This makes it an interesting financial prospect for the comic shop, because they’ll keep a larger piece of the cover price. But secondly, this is a way to distribute to a potentially broader range of retailers, like bookstores and other places that might be used to ordering from a number of systems.

All of this is really really interesting and the results of what TKO is trying will probably inform the strategies of other comic companies.

If you want four free first issues to check out a new, ambitious publisher and their creative teams, this is a good way to do it, and their next wave of titles will soon be launching, so that will be other series to check out.

Derek Kunsken writes science fiction and fantasy in Gatineau, Quebec. His first novel, The Quantum Magician, was nominated for the Aurora, the Locus and the Chinese Nebula, and its sequel The Quantum Garden hits shelves in October. His short fiction won the Asimov Award. He tweets earnestly from @derekkunsken.

The Doctor Fang one looks interesting. I’ll give that one a try. Thanks for the heads up.

I love that we’re seeing more and more creators try to find their niche in publishing. Panel Syndicate put out some really good books (Universe! Is my favorite from them) and they are a pay what you want model.