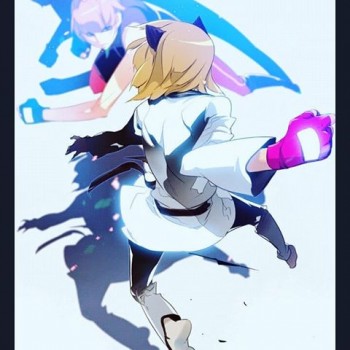 I try to read a bit of everything. I’ve blogged about Webtoons.com before — it’s a massive (like thousands) webcomic hosting site in South Korea. I’ve mentioned Newman, Cyko-KO, maybe Elf and Warrior, but in the last couple of weeks I’ve burned through 190 episodes (each one is equivalent to 4-6 comic book pages) of a 260 episode series called Girls of the Wild’s. 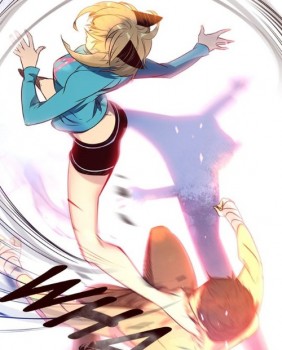 It’s basically Harry Potter goes to a Korean Hogwarts, except instead of magic, it’s mixed martial arts, and instead of wizards, it’s a girls school. And now it’s co-ed for the first time, and a poor guy called Jaegu, who gets beat up and bullied a lot, and who has to raise his two kindergarten siblings because his mother abandoned them, is the first and only male student. 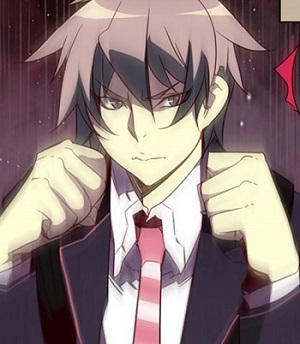 There are silly reasons for various girls to want to help him and protect him, and after a fun start, a love quadrangle ensues. 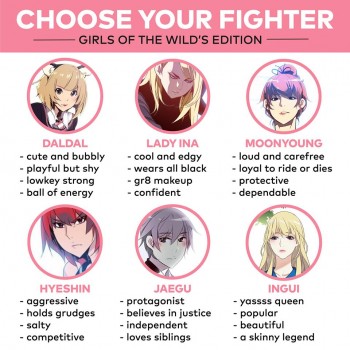 The school’s top three fighters, Ingui (called the Queen, because she’s vastly rich to the point that it’s a super-power), DalDal and Moonyoung all vie for him, while Jaegu, owing to his relative goodness and innocence, and his mommy-resentment issues, has very little clue. 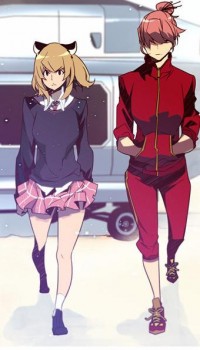 The first order of business is to teach him to stand up for himself against the bullies, and even when that starts to happen, more and more problems occur until this webcomic makes a Chris Claremont plot look straight as an arrow. 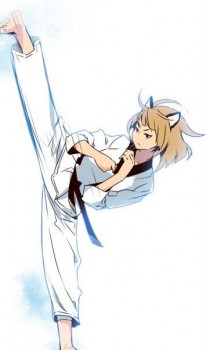 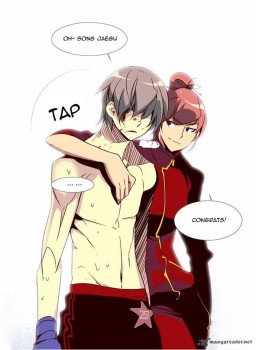 It’s a ton of fun for the high school romance, and the fighting, and the incredible art, but it’s also a clever reversal of roles to comment on sexism and bullying. When facing people outside of school, who have no idea how dangerous the girls are, the language is very sexist and is pointing to something the author wants to say about Korean society, and the bullying situations are presented in some emotional detail. 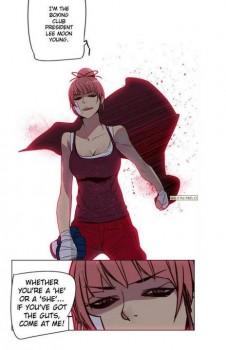 It’s also a journey on what it means to be good, to be honorable, and to take responsibility, all questions that are asked in different ways and of different characters. It’s also a story about friendship and caring and empathy and sympathy and family. And fights. Many, many, many fights. This webcomic looooooves martial arts, to the point that it is magical and fantastical. 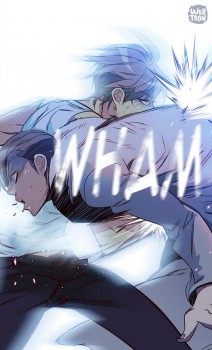 As I said, I’m about 2/3 of the way through, and am going to finish it in the next couple of weeks. In the meantime, if you want to check it out, webtoons.com is free. You can read Girls of the Wild’s here on your computer, or you can get the webtoons app for your phone. I would usually recommend the phone reading, but some of the art in this series is really worth seeing on a larger screen.

Derek Künsken writes science fiction and fantasy from Gatineau, Québec. His second novel, The Quantum Garden is now available for pre-order wherever you buy books, and Solaris Books has dropped the price of the kindle and audible editions of his first, The Quantum Magician. He tweets unrecklessly from @derekkunsken.

The drama adaptation that aired last year in China, “Sweet Combat”, was decent. The charisma of the actors made up for having real fighting skills, making it lean towards a comedy much of the time.