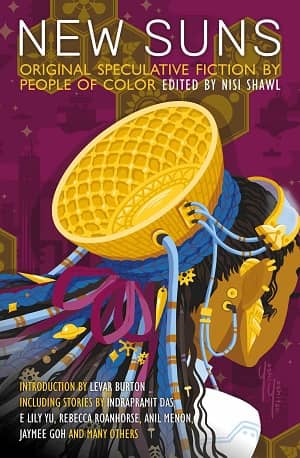 Here’s a not very shocking statement: we still need to focus on diversity in sci-fi and fantasy.

My hope is that many of you will read that and think, Yeah, tell me something I don’t know. But I imagine many of you would also agree with me that it needs to be said, given how many people still openly disagree with the push to see more works published by creators from marginalized groups, whether that marginalization is based on race, age, sexual orientation, etc.

Take an anthology like New Suns: Original Speculation Fiction by People of Color. The title openly proclaims the editor and publisher’s intent: to highlight PoC authors who are doing phenomenal work in SFF, in the same vein as the Disabled People Destroy series. The outpouring of support for these anthologies is awe-inspiring, especially considering the apparent risk, I suppose, in alienating some readers – often those who don’t acknowledge the need for these anthologies, and the smart business sense in producing them.

Some people, apparently, aren’t paying attention to trends in speculative fiction, or maybe not understanding why these trends exist. Collecting and producing works by authors from diverse groups is a response not just to a need, but to a burning desire for these works. The success of Black Panther and Captain Marvel are obvious examples of this, but we see it in prose fiction, comics, video games, and more. Uncanny Magazine raised almost $60,000 for Disabled People Destroy Science Fiction on Kickstarter last year, virtually tripling their funding goal. Why? People are tired of watching or reading stories about the same kinds of characters, in settings based on the same (dare I say it) Eurocentric framework.

Not everyone – there’s still a market for a rehashing of Tolkien or Brooks or Vance, if that’s your thing – but enough people to make this sort of thing viable. And authors like Rebecca Roanhorse, Fran Wilde, Nnedi, Okorafor, Saladin Ahmed, Bogi Takács and more aren’t just generating buzz because of their identities – it’s because they’re amazing creators, producing work that’s well-written AND fresh. 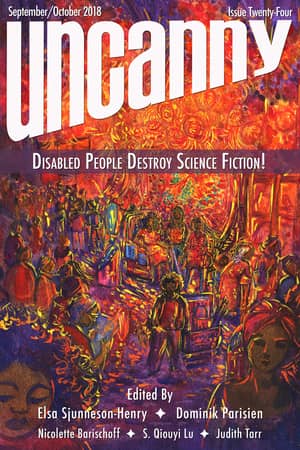 I’m not surprised by the resistance to anthologies like New Suns or Disabled People Destroy, or even political commentary anthologies like A People’s Future of the United States. When I see columnists or reviewers who focus exclusively on the Golden Age of Science Fiction, I know it’s because they love those books and they’re worried about how those bygone authors are being forgotten by younger readers. I get it.

Although, dismissing the former ignores the point I started with: we still need to focus on diversity in sci-fi and fantasy. Why? Because it still gets dismissed. Because authors like Rebecca Roanhorse, who’s won and been nominated for a ton of well-deserved awards, don’t get the same attention in Best Of anthologies. Because an anthology like New Suns gets criticized for the way it presents itself, if not it’s very existence (and those Best Of anthologies don’t, by the way). Most importantly, because we haven’t made it out of this transition period between writers from marginalized groups being sidelined or judged, and those writers being so accepted that diversity is a matter of course.

We’re just not there yet, folks. I honestly think we’ll get there someday. But in the meantime, we need anthologies like New Suns to draw attention to the fact that we’re still working through stuff, until those of us who are still in the dark finish catching up.