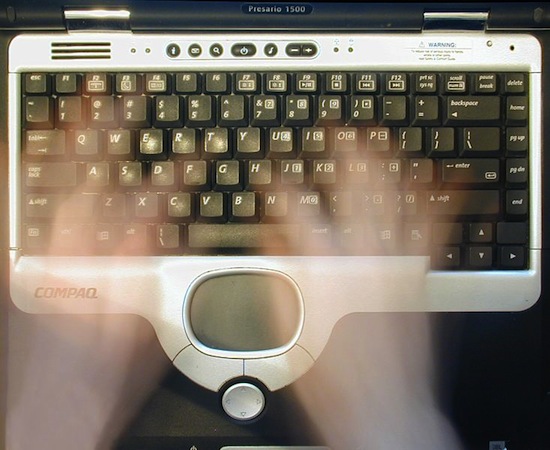 And now I’m wondering if she lifted any scenes from my Cairo novels. If anyone is familiar with any of Serruya’s books published after July 2017, and finds anything to do with Egypt, archaeology, the antiquities trade, the Great War, a mutilated WWI veteran, a Sudanese archaeologist with a talent for languages, or a plucky Egyptian street kid, get in touch. I have my torch and pitchfork ready.

But that’s not what I want to talk about here. With the fallout from this, and with Serruya blaming her ghostwriters, a lot of people on Twitter and the blogosphere have been criticizing the use of ghostwriters in indie publishing. They say it’s dishonest and only produces bad books. Given the extent of Serruya’s plagiarism, I think she’s at fault and not her ghostwriters, but the profession is still getting a drubbing online.

It’s true that some unscrupulous people are hiring teams of underpaid ghostwriters to churn out dreck in order to game Amazon’s algorithms, which tilt in favor of newly publishing titles and prolific authors.

Ghostwriting has been around since the days of the dime novel. It was strong throughout the pulp era and the post-war paperback boom. In the modern world, house names such as Don Pendleton (The Executioner) and Carolyn Keene (Nancy Drew) have been used by pools of ghostwriters to make some of the most popular series around.

Ghostwriting is my day job. To date, I have ghostwritten 18 novels, 7 novellas, and one short story for various clients, and am currently contracted for another series of novels. The clients are generally independent publishers who put out work under a variety of pen names. I get one or two pen names, and other ghostwriters get other ones. Thus each pen name keeps the specific tone of a particular writer. I have worked for one guy who used several ghostwriters writing for the same house name, but we all were given strict instructions as to tone, style, etc. None of my clients put their real name on their books, and all of them were looking for quality work.

Not so with the scammers. Like Serruya, they often use their real name in an attempt to boost their egos and get speaker’s fees, and pay a pittance to desperate ghostwriters, often fly-by-night operators who have every reason to plagiarize since they, unlike me, are just trying to make a quick buck on the Internet and don’t give a damn about building a career. I charge a minimum of 5 cents a word, so the scammers can’t afford me anyway.

My clients are also interested in building a career. They want well-written books that will entice readers to buy more from that name. They are generally people who are good at marketing but can’t write. Some give me outlines. Others just send me a genre, the general tone, and word count. They are a new brand of publisher that has come about thanks to the surge in independent publishing.

And yes, they are taking advantage of Amazon’s algorithms by releasing a large volume of material. I don’t have a problem with that if the material is good. These folks are smart enough businesspeople to know that the only way they’ll get long-term financial stability is to sell a quality product that builds brand loyalty.

I and my fellow professionals are smart enough businesspeople to know that too. We don’t pump out pages for money, and we sure as hell don’t steal other people’s work. We ghostwrite quality work so we can make a living from writing while building up a career with books under our own name.

Professional ghostwriters are writers, not scammers, so please don’t lump us with the likes of Cristiane Serruya.

Sorry to those who thought I was going to continue with my Egypt travel series this week. I’ll get you into the Sahara next week. I’ll even throw in a sandstorm at no extra charge. If the Internet blows up again between then and now, I’ll try to ignore it.

It will be better for my blood pressure.

Sean McLachlan is the author of numerous nonfiction and fiction books including the Masked Man of Cairo series of neo-pulp detective novels set in Cairo in 1919.. Find out more about him on his blog and Amazon author’s page.

I veer away from the oft toxicity of Twitter, but I have been following this to some extent over at kboards (at least the toxicity ther is moderated out, usually). And yes, it’s a shame professional ghostwriters are being lumped in with this mess.

If not for ghostwriters, much of the fiction I grew up with and loved in the 70s and 80s wouldn’t have been around. Of course I was reading a lot of men’s action stuff back then (ah, my teenage years with Mack Bolan).

I’ve considered ghostwriting myself a few times, and might look into it again at some point, but I’m always just so busy working on my own stuff. Still, there are times that payday would come in handy.

[…] A GHOST SPEAKS. Sean McLachlan rises “In Defense of Professional Ghostwriting” at Black […]

For the record, Don Pendleton was a real person. He wrote most of the first 38 Executioner books before he sold the right to use his name.

If someone’s name is on a book as the author but they did not write the book, then the readers are being lied to. That’s a bad foundation for a career. Ghostwriters are at least complicit in this lie, even if they’re not as bad as the liars themselves.

In any other business, putting false labels on products is a crime. It should be no different in publishing.

Dan: Yes, Pendleton was a real person. HIs name was later used as a house name by a pool of ghostwriters. The vast majority of the 450+ Executioner books were written by these ghostwriters. I should have made that distinction.

Hyrosen: Did you read the article? I said my clients do not put their name on the book. They use pen names that various ghostwriters contribute to.

If a pen name represents a bunch of people writing to a particular style, then that should be made clear to readers. It is dishonest to keep the real author’s name off the book, and it is dishonest to pretend that all the books under the pen name are written by the same person. Just because it may be standard practice in some areas does not make it less so.

You’re still not paying attention to what I wrote in the article. In most cases, it is a single author writing under a particular pen name. What does the name matter if the style remains the same?
Also, I find it amusing that you’re screaming at me for being a ghostwriter while hiding behind an alias. 😀

Fixed. I just never updated my WordPress profile after generating a login. My user name is just a variant of my real name.

The difference between “a single author writing under a particular pen name” and you is that you’re producing work for hire but readers are not being straightforwardly informed of that. When Robin Hobb writes, her readers expect a more epic style than the urban fantasy settings of Megan Lindholm stories. When the cold, dead hand of V.C. Andrews “writes” a novel, that’s rather different.

You’re still not listening to what I’m saying. “A single author writing under a particular pen name” is precisely what I do. I’ve made that clear several times.
As I said in my article: “I get one or two pen names, and other ghostwriters get other ones. Thus each pen name keeps the specific tone of a particular writer.”
And why would it matter to the reader if I’m writing for work for hire or for advance on royalties? That’s literally none of their business, and makes no difference to the reading experience.
Anyway, I’m done trying to engage with you. You’re not addressing anything I’m saying and this can go around and round ad infinitum. I have better things to do.