I’ll often come back to one of my favorite lines from Peter Capaldi’s run as The Doctor:

Everything ends, and it’s always sad. But everything begins again, too, and that’s always happy.

It’s one of those simple quotes that applies to a lot in life, and guess what – it applies to writing and reading, too. As much as we clamor for the next book in a favorite series, eventually every series comes to an end (unless you decide to write Harry Bosch books into perpetuity or something) and then there’s a void, like a friend has gone away and you’re never going to see them again.

(Okay, yes, you can always reread the series again, but I’ve reread maybe three books in my life, so just work with me here.)

Last year, DAW Books released the last of Tanya Huff’s Torin Kerr novels (at least as far as she’s indicated), finishing the Peacekeeper trilogy with The Privilege of Peace. And man has this been a ride. I came to Tanya’s writing very late, when she was a Guest of Honor at Can*Con a few years ago, and devoured both the Confederation books and the Peacekeeper follow-up. 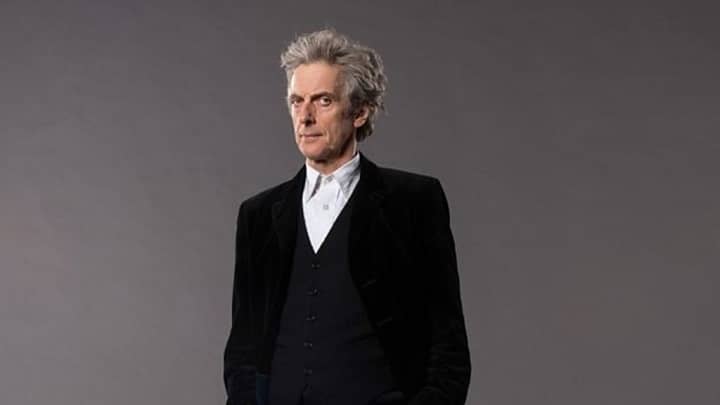 Peter Capaldi as the Doctor

It’s military SF at its finest because it doesn’t really read like military SF because it isn’t procedure and tactics heavy like the Honorverse or Taylor Anderson’s Destroyermen. It’s a character-driven series, first focusing primarily on Torin and then expanding to the characters around her that linger from book to book. And Tanya imbues her writing with ever-impressive subtlety, from the jokes characters make to the way Torin and her eventual partner Craig Ryder linger close to each other at every possible moment, even more so after one almost loses the other.

Privilege is no different in that it contains a ton of heart. There’s also that niggling sensation throughout the book that any tragedy is on the table, this being the final chapter and all. And it builds on several narrative threads dealing with huge social issues for this world: for example, voting on whether the Younger Races, used for the Elder Races’ war, should be isolated back to their homeworlds now that their violent ways aren’t needed. The ongoing issue of terrorist group Humans First echoes the rise of supremacist groups today, and the struggle for soldiers who no longer have a war to fight is obviously comparable to challenges for veterans in any country.

All of that is packaged into an exciting and gripping final chapter, but it’s bittersweet, since we might not see another Torin Kerr adventure, or any story set in the Confederacy. But in a world where a lot of series either never finish or fizzle by the end, Tanya’s is stellar from beginning to end, so I’ll take solace in that. And maybe reread them someday.

An Ottawa teacher by day, Brandon has been published in On Spec, Pulp Literature, Electric Athenaeum, and elsewhere. Check out his latest short story “Exactly What You Need,” about a magical bookstore misused by a grieving mother, in the latest issue of Abyss & Apex. You can also follow Brandon at brandoncrilly.wordpress.com or on Twitter: @B_Crilly.