As you might recall, in 2016 Sony Pictures decided the time was right to reboot the 1984 classic Ghostbusters using all female leads.

Oh, you don’t recall that?

That’s okay, because those of us who do would like to forget it.

But here we are, having barely shaken off the bacchanalia of the holidays, when BOOM, Variety hits us with this gem. Sony Pictures is having another go barely two years later.

News broke this week that Jason Reitman, son of Ghostbusters 1 & 2 director Ivan Reitman, is officially attached to direct a new Ghostbusters sequel. The film is said to be taking place in the original universe, and Reitman, like the rest of us, is ignoring the 2016 reboot entirely.

Reitman is also co-writing the screenplay with Gil Kenan (Monster House, Poltergeist), and Ivan Reitman’s Montecito Pictures is set to produce so we’re at least keeping this all in the family. Filming begins this summer and summer 2020 is targeted for release.

Story details haven’t been revealed, and there is no word yet if the original main cast will return. If they did it would surely be with a mixed reception in light of Harold Ramis’ absence. However, Reitman is reportedly “testing teenagers for four mystery roles,” which seems to indicate the proverbial torch is being passed. This makes us wonder if Sony still has aspirations to create a Ghostbusters cinematic universe, which Ghostbusters (2016) attempted to launch. 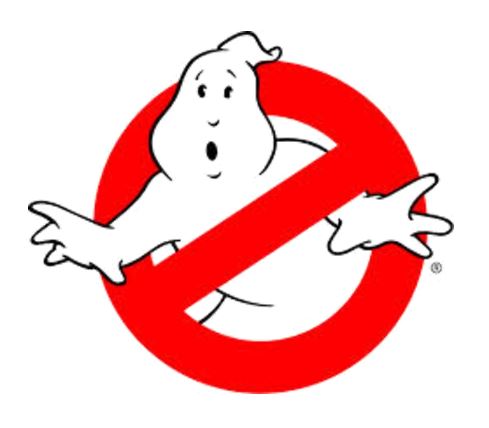 There is something a little off about the timing of this when you look at it. The project news was a big deal in all channels this week and casting is apparently in very early days, but we already have a release target AND a teaser trailer (the iconic “Ecto-1” has definitely seen better days). This means either things are really a lot further along than Sony is letting on, or Ghostbusters is on a super-accelerated schedule, which generally doesn’t bode well for the quality of the outcome. Or this may indicate Sony has nothing else in the queue to put up against the normal blockbusters slated by competitors for the summer movie season.

Either way, like it or not, we’ll have to wait and see. But for now, here’s the teaser…

Hot off the presses Thursday night, Ernie Hudson, who played Winston Zeddemore in the original 1984 movie, confirmed he and co-stars Dan Aykroyd and Bill Murray will return for the third film.

What do you think of this latest Ghostbusters? Post a comment here or drop a line to sue@blackgate.com.

Either way, I’m going to go into this new one with some quiet skepticism but also some little hope. The original’s sequel wasn’t all that great, either, but maybe someone can get it right this time.

TyJo,
I didn’t exactly “hate” it, probably more predisposed to not give it a chance since the original is such a iconic classic.

I feel a bit better (only a bit) about this latest one now that I know the original cast is coming back, but Egon’s absence will loom large.

Maybe his ghost will make an appearance…?

Sue – ‘I didn’t exactly hate it -and – That’s okay, because those of us who do would like to forget it.’

Again, I thoroughly hate the “Re-Boot” un-culture of Hollow-Wood. And I argue that writers should try to organize boycotts over such things -at least trying to rally fans to NOT see them – wait till the flop is dumped to Netflix, how dare they insult our memories, etc.

I mean it’s like the initial setting of Jack Womack’s “Random Acts of Senseless Violence” that pretty much predicted the slow death of America we are experiencing now. Except in the fiction the producers stopped making new movies and chose to “Re-Release” old movies to feed off nostalgia and were terrified of risking any $ on a new product and having a loss. This got most critics to put the book down then and there for “Come on, Jack, in the 30s the Depression, America had a booming film industry…!”

Welp, real life sometimes “Trumps” (gah, another word ruined) what any writer would dare hammer out on their computer. (or typewriter to old schoolers)

Coz in real life they spend much more money re-making classics. G-d help them if they even risk – not adjusted for inflation – a ‘b-movie budget’ of the 80s which combined with modern computer effects and lots of old school workers still available could do equivalent to a big budget 80s movie. Nope, 10x the original budget, story hacked to the bare bones – oh and with Ghostbusters some…changes…

But G-d help them if they risk any $ on new plots or hire good writers to make or adapt anything NEW. Really, it makes even the “Cringe-worthy sequel” of which Ghostbusters was also a victim seem nostalgic by comparison… At least they had GOOD video games made of the franchise even with the very limited computer power available back then, an unusual exception.

I don’t want my childhood memories chewed up and excreted any more in some dumb cash grab. I want these things to fail out of the cutting room so they play to empty theaters who then threaten to break with them despite monopoly because they can’t rent at full price to an empty room for the major feature as they do for “Holocaust” movies as a tax. I want the bankers and investors hassled for why they wasted money on it.

I don’t want to ‘re-live’ Ghostbusters, Raiders of the Lost Ark, Star Wars (it’s DEAD) or Gremlins that way. I’ll rent or buy the DVD, etc. of the original if I care for such memories. I want NEW warped movies the critics will probably hate that in the 2020s, 2030s will become “Nostalgia” hits. New work for writers. NEW stories. Actual risk by movie studios.

I can’t say I hated the other reboot since I didn’t actually watch it. I do hope this one is better written than most modern reboots are. One of the things I heard that the last reboot got wrong was that they tried to make it a strait up comedy movie. Hopefully the new crew will be able to capture the tone of the original with it’s horror theme mixed with snarky humor.