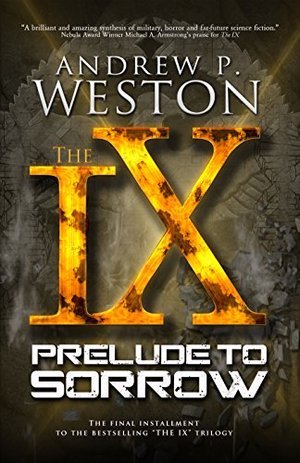 With The IX: Prelude to Sorrow (2018), Andrew P. Weston brings the curtain down on his trilogy that started with The IX (2015) and continued with The IX: Exordium of Tears (2016). Driven to near-extinction by the all-devouring Horde, the humanoid Ardenese turned their fate over to an AI called the Architect. The Architect transported human military personnel from all across the ages in hope of finding people with new ideas about how to fight the Horde. In The IX, men of the fabled Roman IX Legion and their Celtic adversaries, along with 19th century US Cavalry, Plains Indians, a British SBS team, and some terrorists are dragged away from Earth just at the moment they are about to die.

The first book introduced the various soldiers as well as the Horde. Utterly alien monsters, at first the Horde seem to exist solely to devour every living thing in their path. As the story unfolds it becomes clear they are a far more complex enemy than the Ardenese and their new allies realize. The most striking of Weston’s achievements in the book is conveying the strangeness of the Horde.

In the next installment the temporarily victorious humans and Ardenese, warned by the seemingly mystical insights of the leader of the Native American contingent, Stained-With-Blood, launch a massive interstellar attack on the remaining Horde. Filled with massive space battles and planetary-scale destruction, the book is a blast. In the end, despite great losses, it seems the Horde has been finally defeated and the future of a hybrid Ardenese-human civilization has been ensured.

Prelude to Sorrow reveals that the victory thought won was only temporary. In fact, the situation faced in this new book is even worse than that in the beginning of the series. A new enemy, one that threatens not only the Ardenese’s existence but all existence, is revealed.

Among the many weapons used in the assault on the Horde in Exordium were time-and-space-shredding singularities. As a result of this the Horde, a large part of the attacking forces, and even a massive chunk of a planet, were transported to Earth around 1,000 BC. It’s not long before the two sides are fighting again. Despite a desire to keep from altering Earth’s timeline, the time traveling humans are forced to come to the aid of the Celtiberian population of the Iberian Peninsula to keep the Horde from eating them out of existence.

Meanwhile, the absolute ground zero for the the Horde’s initial rampage is discovered. Deep inside a heavily protected testing facility called the Vault 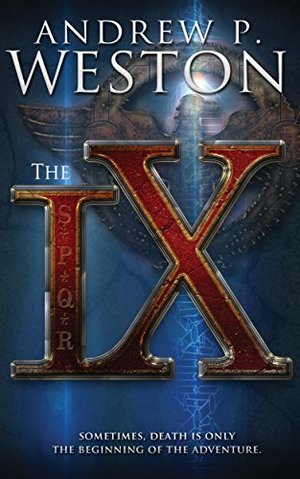 is the only place capable of withstanding the “severe gravity fluctuations created by fracturing the spacetime continuum on a regular basis”:

The Crucible, a testing cube comprised of pure lydium, situated at the exact center of the Vault and suspended within the warped dynamics of nine artificially engendered quantum singularities.

The Crucible was being used to test a new type of interstellar engine, and from the test sprang the Horde. Since that test, the Vault has been sealed and what remains within is impossible to know. In order to find out someone must go inside the very heart of corruption itself.

Weston is good at doing action. The story is gripping and coherent. More importantly, he’s good at the buildup to the action, giving the book’s man-on-monster duels and battles real tension. Whether it’s from the human or the Horde perspective, the sense of uncertainty over just what’s going to happen next is palpable. The fights in Prelude aren’t just well-choreographed, they brim with danger and intensity.

The Horde continue to be the artistic highlight of this series. Now riven into factions, the Horde’s nature and desires are explored in considerable detail. Altas, Battle Commander of the Horde, is the most vividly presented character. As much as he wishes to save his race from destruction, he is also torn by his admiration of the bravery and nobility he sees among even the primitive natives of Bronze Age Earth.

You are vexed by such a sight, the voice of Angule whispered from the prisms between then and now, his declaration more assertion than question.

Of course I am, Altas responded, though the contradiction still troubles me. I was created for battle and conflict. But as you well know, the mantle of Prime Catalyct brings with it many temptations hard to bear . . . Honor being one of them. Looking deep inside his own recollection, Altas posed a question. Tell me, how did you cope sufficiently with such a burden to gain ultimate bliss?

I think it would be fair to say that I didn’t cope, Angule admitted. Imperator Vetis had a similar viewpoint to Va-akil. As Kresh, our will was sacrosanct. Those foolish enough to stand against us were viewed as nothing but chattel to be consumed. A wraithlike sigh reverberated in the ether. When the humans started coming through the gate, it didn’t matter that they were valiant, and willing to give everything for a cause not their own . . . Angule paused, and seemed to contemplate his next words carefully. Long answer made short? In the end, I couldn’t stand it. As I said, I couldn’t cope with an increasing sense of injustice for those who . . . whose . . .

Whose sense of nobility outstripped our own? 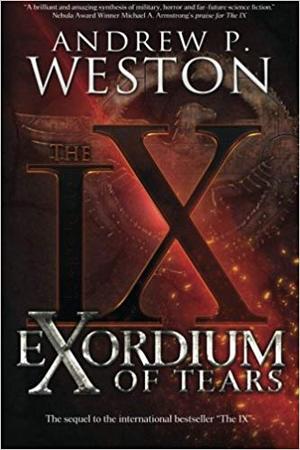 There are two weaknesses in Prelude. First, the heroes from the previous two books are a little thin this time around. Perhaps it’s because so much is going on and so many mysteries being explored, but too often they are undercharacterized. Centurion Marcus Brutus and the Ardenese scientist Shani lack much of the spark they had in the previous book. They stand around and talk and direct much of the important action, but that’s it.

On the other hand, SBS operator Sam Pell and the Celtic warrior Ossian are engrossing, and Weston manages to invest the reader in the outcomes of their respective adventures.

The second problem, and one common to the genre, is a lot of technospeak. I get it: Weston has a military background and a deep interest in astronomy and he wants the technical aspects to ring as true as the combat and historical ones. The thing is, like when I’ve read Tom Clancy, I found my eyes and brain glazing over after the second and third paragraphs of this stuff. It’s cool that he’s thought it all out and made it work, but he didn’t need to put it all on the page. Too often it’s a hindrance to being consumed by the galloping momentum of the story. Not all the time, but enough.

Nonetheless, Weston’s done a good job with this series. He took an idea that had been used before and breathed real life into it. In the Horde, he’s created one of the most intriguing and monstrous villains of late. The battles, whether on the grounds of alien worlds or of ancient Earth, are gripping, and the reader feels every slash; every explosion. The exploration of the mysteries at the heart of the Horde’s onslaught and their gradual discovery is compelling. And the answers won’t make you groan with their obviousness. Above all, the ending is pretty cool. I should’ve expected it, but I didn’t, and that’s something that always make me happy. Yeah, The IX trilogy is a solid addition to the ranks of military sci-fi.

If you have a yen for the sort of military sci-fi written by the late Jerry Pournelle, then Weston’s series is for you. Actually, I take that back a little bit: something for which I praised Weston in my review of The IX was that he avoided the insufferable political pontificating of much military sci-fi. The series is also wonderfully lacking in glibness and the strawman villains that blight some contemporary military fiction. Weston has a big — nay, huge — story to tell. It’s packed with “Doc” Smith-worthy spaceships, self-sacrificing heroes, formidable enemies, and a few clever big ideas lurking in the background.

Reviews of the previous books of The IX:

Fletcher Vredenburgh is going on a long hiatus after next week. He’ll still be writing on own site, Stuff I Like when his muse hits him. Right now, he’s writing about nothing in particular, but he might be writing about swords & sorcery again any day. (Actually, I’m writing about Westerns right now).

Thank you, Fletcher. Much appreciated. I loved writing this series…
And I’m glad you were caught by surprise at the end.

Fletcher and John, thanks so much for your review of Prelude, completing the Black Gate reviews for all three extant volumes of Andrew P. Weston’s superb science fiction adventure series, The IX. So taken were we at Perseid with this trilogy, we’ve asked Andy Weston to do a prequel trilogy, and he has agreed. Thus those of you, like ourselves, who esteem this sort of fiction filled with science, passion, suspense, and politics now have something to look forward to . . . Thanks again, Fletcher and John, for helping to make the IX series an e-book bestseller from its earliest days, and adding your voices to our own in praise of Andrew P. Weston’s science fiction — Janet Morris

Janet — You’re most welcome. And great news about the prequel series! Keep us posted on the details, and we’ll be sure to share them with our readers.