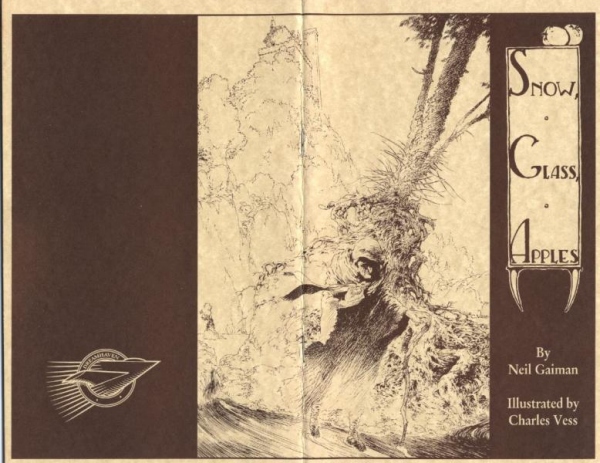 It is said that everyone is the hero of their own story and Gaiman took that to heart in “Snow, Glass, Apples,” retelling the story of Snow White from the point of view of the princess’s stepmother. In this version, the queen marries the king and pretty much ignores her step daughter, leaving the girl to her own devices until the child bites her when the queen gave her an apple to assuage Snow White’s hunger. With the bite came the realization that the child was vampiric in nature. After Snow White killed her father so she could feed, the queen realized she had to get rid of the child and sent her into the forest and asked that her heart be returned.

The fact that the heart continued beating told the queen that the child yet lived, but she remained in the forest while the queen ruled for several peaceful years over her kingdom. The balance changed one year when the local fair faced closure because of lack of attendance. Something was happening in the forest that meant that the midgets and others who lived in the forest were not coming to the fair in their previous numbers, which lead to others staying away. Resolving to fix the situation, the queen entered the forest to present her stepdaughter/vampire with poisoned apples, a solution which seemed to work based on the heart no longer beating, but was eventually ruined by the appearance of a necrophiliac prince.

Gaiman demonstrates his understanding not only of the tropes from fairy tales, but also of the cultures which spawned the Märchen. He has combined this with the traditional description of Snow White as having skin as white as snow, ruby lips, and raven black hair as an inspiration for vampirism, mixed with the fact that she apparently could rise from the dead. The story is slightly undermined by the matter-of-fact storytelling style of the queen rather than describing Snow White’s depredations in terms more reminiscent of a horror or gothic story.