I don’t know about you, but I’m a big fan of the heist movie. Some call these “caper” movies, but I’d say that while all heist are capers, not all capers are heists. Why do I, and others like me, love these movies so much? Are we all secretly thieves at heart? Is it the puzzle? The intellectual challenge? The suspense? Can this be pulled off without firing a shot?

Are the bad guys – thieves and con artists – actually the good guys? Often the theft is being perpetrated on someone we want to see punished. There are some things the law just doesn’t seem able to deal with, and in the old saying, you set a thief to catch a thief.

There’s something that I’d like to address here. You’ll notice that three out of five of these examples have or are remakes. Note: the older the movie, the less likely it is that the thieves get away with it. It seems that back in the day, criminals, no matter how sympathetic, weren’t supposed to “win.” So they could succeed in terms of getting the money, or jewel, or painting, etc. but they would then have to lose it somehow. Or get caught in an amusing way. 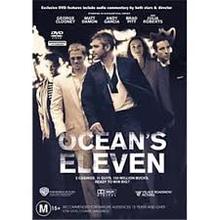 So, in no particular order, here are my top five heist films:

The Italian Job
(1969 directed by Peter Collinson; 2003 directed by F. Gary Gray)
Much as I love Michael Caine – and Noel Coward for that matter – the original movie is just too 1960’s groovy for me. I much prefer the 2003 movie, in part because of the great bits from the characters played by Seth Green, Jason Statham, and Mos Def. This ensemble was fantastic, everyone had an important part to play, and the bastard who shot Donald Sutherland gets his come-uppance. What’s not to like? 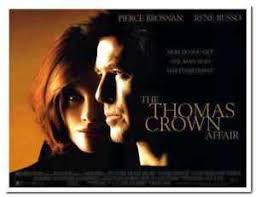 Ocean’s Eleven
(1960 “Ocean’s 11” directed by Lewis Milestone; 2001 directed by Steven Soderburgh)
I have nothing good to say about the original movie. Dean Martin and Sammy Davis Jr. seem to be the only people who remember at all times that they’re in a movie, the others seem to be there for the chance to hang out together. The whole thing smacks of self-indulgence. 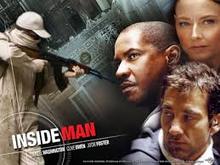 In contrast, every single actor in the 2001 film is an actual actor, though they may also be friends. Everyone’s part is important, and they all carry out their roles to perfection. And something important for me personally, Danny Ocean’s ex-wife (Julia Roberts) has a real role, and plays a solid part in the heist, though perhaps not intentionally. At the very least, she does more than poor Angie Dickenson in the original, whose entire raison d’etre seemed to be looking moony-eyed at Frank Sinatra.

The Thomas Crown Affair
(1968 directed by Norman Jewison; 1999 directed by John McTiernan)
Oh man, I’d have to flip a coin. I love the whole art-world vibe, the elegance of it. I love that the lines of honest and dishonest are so blurred. I love it that McTiernan gave Faye Dunaway a cameo part in his version. If I absolutely had to, I’d have to say that the original has better actors, not that the second ones suck, they’re just not of the same caliber. McTiernan isn’t the same caliber as Jewison either, but the fact remains that both of them did a great job. Each of them made their own movie, and both movies work. 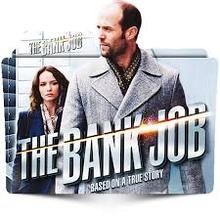 Inside Man
(2006 directed by Spike Lee)
When a genre film is jam-packed with Oscar winners, it’s usually cause for worry. But not in this case. This is an excellent film, combining the best of a heist film with the complexity and misdirection of The Usual Suspects. Every single actor does their job superbly, and the added political element just gives the whole thing more depth.

The Bank Job
(2008 directed by Roger Donaldson)
An old school, professional heist, carried out by seasoned players. I didn’t have great expectations from this film. I have to admit that I saw it because I’m a fan of Jason Statham. But my low expectations were blown away by the film itself. Is Statham somewhat reprising his characters from Guy Ritchie’s films? Maybe, but I don’t care. The complexity of the job, the underlying political twist, the recreation of the time period – all really well done.

One last thing. How can you tell you’re dealing with a truly great heist film? You can re-watch it, and even though you know how it ends, you find yourself wondering if they can pull it off.

I lean toward the older, grimmer model myself (I’ve seen only one movie on your list). Certainly the very word, “heist”, carries a lighthearted implication, as does “caper”. Of that kind, I’m fond of Bill Murray’s neglected Quick Change (1990). “What kind of clown are you?!” “The kind that’s crying on the inside, I guess.”

For me, the two great, grim originals are still the best – John Huston’s The Asphalt Jungle (1950) and Stanley Kubrick’s The Killing (1956), bot staring Sterling Hayden as the archetypal man who can’t win for losing.

One of the attractions of this kind of story – whether it’s a lark of a catastrophe – is in seeing something meticulously planned. That’s the appeal of Donald Westlake’s criminal novels, both the grim ones (His Parker novels) and the comic ones (His Dortmunder books). The tone is completely different, but the planning could almost be interchanged.

Thomas, I’d have to agree that for me much if not all of the attraction comes from the planning. I haven’t see any of the movies you recommend, but they’re now on my list.
As for Westlake, I can’t decide which novels I like better. Whichever type I’m reading is the one I prefer at that moment.

I’d argue that the Mission: Impossible movies at their heart are much more caper/heist movies than spy movies (although there’s certainly quite a bit of overlap). I also mostly enjoyed Ocean’s 8.

For me, there are two different ways the heist can go — either the meticulous plan goes pear-shaped and they have to improvise their way out, or the plan _seems_ to be going off the rails, but there’s a sudden reveal/reversal at the end — the Clooney Ocean’s 11 is a great example of this sort.

Joe, I agree with your Mission Impossible assessment. I think back to the original TV series (which is being rerun in my area) and they’re clearly capers, with a little short con thrown in.

Of the two types of heist movies – I agree with your categories, btw – I’d have to say I prefer the second one. I haven’t seen Ocean’s 8 yet, but I’ll put it on my list.

Glad you included THE BANK JOB, which might top my list of favorite heist movies. Based on a true story, and of course the most unbelievable parts of the movie turn out to be part of the record.

My favorite part of the film is their bumbling efforts to disguise their identities on the air, which were recorded by an amateur ham radio operator. The film recreated the dialogue from the actual police transcripts of the recordings, and it is the funniest part of the movie. This is a great story, very artfully recreated.

If you like heist books, and can imagine a heist mixed with fantasy, I can’t recommend highly enough The Lies of Locke Lamora by Scott Lynch. It’s like a medieval version of Ocean’s 11.

For movies, not enough love out there for Peter Hewitt’s the Maiden Heist (2009) with Christopher Walken, Morgan Freeman and William H. Macy as museum security guards who decide to steal their favorite works of art.

And for those who love Lynch’s Locke Lamora books and are impaitently awaiting the next, try the fantasy capers “Rogues of the Republic” by Patrick Weekes. the Palace Job, the Prophecy Con & the Paladin Caper

Did you see Solo?

The first third/half of the movie is a heist flick, with a Star Wars overlay.

The Fanboys hated it because it wasn’t ‘epic’ in the mythology.

But it was an entertaining heist film.

I haven’t seen the last one, but the others make an excellent list. At least, the remakes do.

I thought The Italian Job original was interesting, but no match for the cast chemistry in remake. The cast of the Ocean’s 11 remake was so pitch perfect that I’ve never bothered with the original.

For The Thomas Crown Affair, I didn’t find McQueen’s Crown sympathetic or likeable, whereas I thought Brosnan’s had a lot of charm.

It wouldn’t make my top five, but one I rarely hear mentioned is Rififi. I love their methodical approach in planning the heist, and having no score for the lengthy heist scene gives it incredible impact.

John: I vaguely knew about the history behind the Bank Job, but didn’t realize until starting to watch the movie what it was about. As you say, another entry in the “truth is stranger than fiction” category.

James: I’ve read Lies, and you’re right, it is a heist book! I never saw that before. I always think of the heist as a film genre, for some reason, even though some of the films must be based on books, don’t you think?

Lurker: the titles alone are enough to sell me. Ordering them now.

Bob: Haven’t seen it yet, but I now have a reason to track it down. Thanks for this.

Jeff: I’ve always found McQueen’s character unsympathetic as well, but I put it down to the time period thing: we aren’t supposed to like him because he’s a thief, dammit. But you’re right, Brosnan is much more charming, and in that sense believable. To be honest, though I praise the original, the remake’s the one I re-watch.
You’re the second person to recommend
Rififi. Now I’m going to have to track it down.

I like heist movies as well. I would argue that Topkapi, despite being relativly slow, still holds up today – great actors and a lot of stuff that found its way in the modern heist movies (like the alarm system in the floor). Its also special, because it also offers the inspectors perspective.

I am also very fond of Bank shot, mainly because of the deadpan George C Scott. I dont know how much of it is nostalgia though 🙂

Peer: LOVE Topkapi. It was actually on my list, but I though no one would know it, so I didn’t mention it. I have to admit that one of the reasons I love it is the presence of Peter Ustinov, one of my favourite actors of the period.

Does anyone remember the old Jim Hutton caper, Who’s Minding the Mint?

Thomas: I do vaguely remember the film, and certainly the title is familiar. Hutton died so young that we’re talking about a long time ago. I would have seen it on TV on one of the rare nights my father let my brother and I stay up late. I remember Jim Hutton best for the oil rig movie, Hellfighters(?) and for being Ellery Queen on TV. Well, and for being Timothy Hutton’s father, but I’m sure that’s more important to him than it is to me.