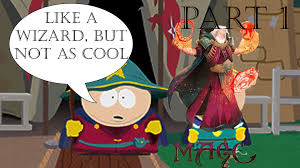 My friends play a 5e D&D game and one of them persuaded me that if I role-played out-of-character, it would be valuable for my writing. I normally play fighter-types who are brave and at the front of things, and figured having to play a wizard would show me new things. Here’s what I imagined it would be like:

Spoiler. It has been a new experience and so far, it has mostly shown me how to miss on my attacks.

Part of that is rolls (I specialize in 3s and 8s on the d20), but part of it is because I had no idea how to design a wizard. My last experience was AD&D (1st edition), where there was no practical benefit to having high intelligence until at least 10th level, and where dexterity and constitution could keep you alive at first level.

So of course I made my wizard with moderate intelligence and high strength, dexterity and constitution so I could stay alive. Except I can’t hit anything! He did make a fair wrestler and I was hoping that in close combat I could suplex an enemy and then shocking grasp them. That never played out like I wanted though. It was very frustrating.

In the first games, I watched the fighters fight, and the warlock deliver un-erring double-digit damage every round with her hex-eldritch blast. It was like being on a team of John Wicks, if my gun kept hitting the ceiling. I think in over two sessions, I delivered 7 points of damage. 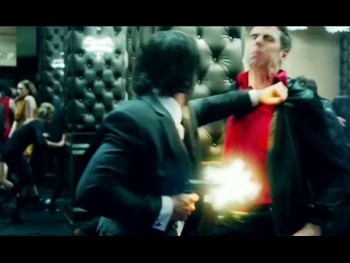 And (I didn’t know this!) those proficiencies do things! Everyone was insightful and investigating and persuading and intimidating. I had gotten athletics for my wizard to improve his grappling. The one thing I could do was know arcane things, but because my intelligence wasn’t particularly high, nor my rolls, very often I got the DM saying “You think you’ve heard of this before.”

I also kept getting chopped up and frustrated until I realized (by second level) that the wizard’s job isn’t to do high damage, but to do the things that others can’t. Okay. I get it.

So I changed up my spells and by level three, I had the Detect Thoughts spell so that I could listen into the interrogations and tell what the victim was really answering. I would be useful to the party! And if I tried hard, I could be this kind of wizard: 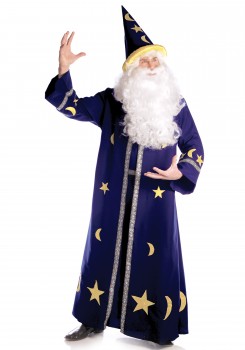 The interrogation thing only came up twice and my spell only lasts a minute each time, so that was a let-down. I got the cantrip Chill Touch to fight undead, but we didn’t fight any, except that one time, when I forgot I had that cantrip because I was jetlagged, and the skeleton stabbed me with a spear. I still tried to wrestle opponents because I thought having +2 on something was good, but that didn’t help either. Basically, I was as useful as this guy throwing cereal, but maybe not as tasty an experience… 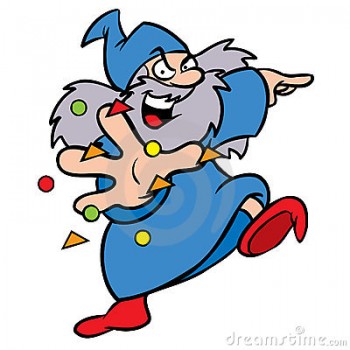 But I held out hope that this was all just the path of the wizard, right?  Low effectiveness at low levels, but high effectiveness at high levels. It would all balance out, right? So I consoled myself by reading through the higher level spells, daydreaming of the time I could do 8d8 damage. Just two more levels! Yeah, it’s only once per day, but that’s an average of 40 points damage! That’s like more damage than I did in my first 2 levels!

Except that everyone else on the team already does 15-20 points of damage every round. The fighter feats allow double attacks, attacks of opportunity, stealth attacks, and so on. In a battle that lasts 6 rounds, they’re going to outpace a wizard without breaking a sweat, even if they sometimes miss (which they usually don’t).

So how have I dealt with this spiritual and role-playing un-pantsing?

Initially, PR and self-promotion seemed to be the best option. There were no other wizards in the group so maybe people didn’t know how bad I was at it? So I had my character would loudly declare in many situations that he is “a very powerful wizard.” This seems to have persuaded some. But eventually people are going to compare me to the mobile artillery that is our party’s warlock and realize that I’m on par with the wizard from the Smurfs. 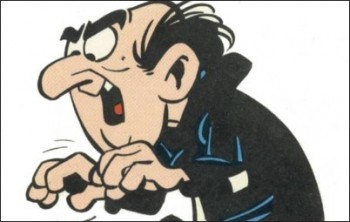 I’ve tried to find other roles to help the party. I tried to be a leader and make plans for the group because when I was younger, I’d played a lot of dungeon crawls and knew tactics. That sometimes worked. We have some impulsive characters though, so even our good plans don’t survive contact with our own side.

And I tried role-playing more, to at least get into the spirit of things. If I’m going to be a wrestling, punching wizard, he needs a martial arts name, like Scarlet Fist (for all the blood that will be on his hands). Spoiler: His hands never got bloodied even once. I think across one 3-session period, he did 5 points of damage. Although, in one of his proudest moments, through sheer recklessness, Scarlet Fist figured a way across a gorge for the party. But after all the combat embarrassment, he changed his name to Ghost Fist. Because he doesn’t deserve a color.

Ghost Fist tried to be more wizardy and opted to try using Chill Touch as his main distance weapon. He’s not very good at it though. In a particularly gruelling 10 hours across 3 sessions he succeeded in inflicting 15 points of damage (8 of them because he’s a Tiefling and someone hit him and got Rebuked), he decided to try to rescue people who were hurt. He ran to a friend with a healing potion, but someone else healed the friend first. So Ghost Fist’s potion stayed in the dirt and he took some hits.

After that, he changed his name to changed Sad Ghost, partly because he is sad with his performance, partly because his performance is so sad (in the POTUS twitter sense), and because he doesn’t deserve Fist in his name. Then, we met the big bad! We managed to get almost everyone unconscious. Sad Ghost’s spells (even with advantage!) mostly missed. Even when they hit, they bounced off these weird grass elementals. So, Sad Ghost, to protect his friends, stepped into his old wrestling-punching role. That wasn’t wise.

He’s now dead and the party can’t figure out how to heal him, because of reasons I may tell people about if all of his narrative comes out. But, it is quite possible that they don’t figure it out and this is the end of Pathetic Ghost. Don’t get me wrong. I now have months and months of game-play invested into this loser. I don’t want him to die, if only because once, just once, I’d like his spells (or anything) to work.

If he doesn’t make it (I’ll find out tomorrow), I hope his funeral goes something like the funeral of Frank Grimes “…or Grimey as he liked to be called…” 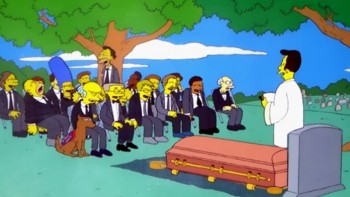 But, if Pathetic Ghost lives, the DM is kindly letting me correct the mistakes of his initial creation as I level him up to 4th level. I’ll take my raw ability scores and assign them more intelligently (pun) for a wizard, which will make his spells more likely to… you know… hit something. His spells are all still weak, except for Scorching Ray, which I’ll be able to cast once per day. I only need it to hit. Really, I want my wizard to be effective enough that he needs to change his name to John Wick. 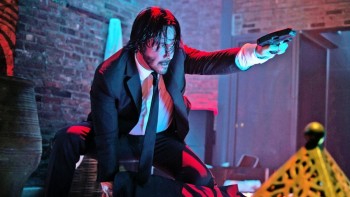 Derek Künsken writes science fiction and fantasy way better than his wizard fights. His first novel, The Quantum Magician (an Ocean’s Eleven in space), has been on bookshelves for 40 days and seems to be doing well.