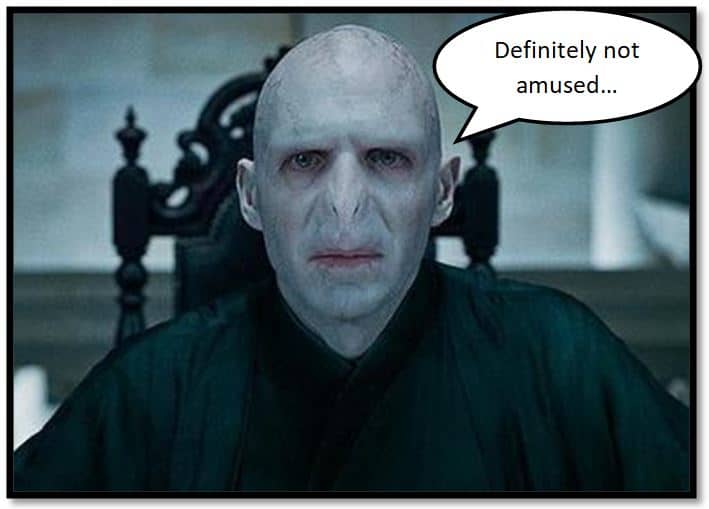 Last week I told you about my latest Netflix obsession, The Chilling Adventures of Sabrina, based on the original Archie universe character, introduced in the comics’ storyline back in the 1960’s.

So, how do I tell you this next bit without sounding politically insensitive and perhaps even a tad snarky?

I guess I don’t, so here goes.

Turns out the actual for-real Satanic Temple is a wee bit upset at the cultural appropriation perpetuated by the show runners. Headquartered in (color me shocked) Salem, Massachusetts, the organization, which is not considered a tax-exempt religion in case you were wondering, has started legal proceedings against Netflix, specifically over the statue of the “Dark Lord” on display in the show’s fictional Academy of Unseen Arts.

Lucien Greaves (I’m not smiling, you’re smiling), the co-founder and spokesperson for the Satanic Temple, took to Twitter to make it clear he and the congregation are not amused.

Yes, we are taking legal action regarding #TheChillingAdventuresofSabrina appropriating our copyrighted monument design to promote their asinine Satanic Panic fiction. I’m amazed that anybody is confused as to why we would seek legal remedy over Sabrina using our monument. Would they be as understanding of a fictional show that used a real mosque as the HQ of a terrorist cell? A fictional Blood Libel tale implicating real world Jews?

Subsequently, Greaves tweeted out a photo that puts the show’s “Dark Lord” statue side-by-side with the Temple’s Baphomet statue highlighting the similarities between the two. Greaves hopes, he noted, that Netflix will digitally remove the statue from the show.

“I want them to take it out. It looks like it’s a CGI facsimile to begin with. I don’t know how much work that takes, but I simply refuse to have our monument used in this way in perpetuity. I don’t want our monument to be associated with this.” 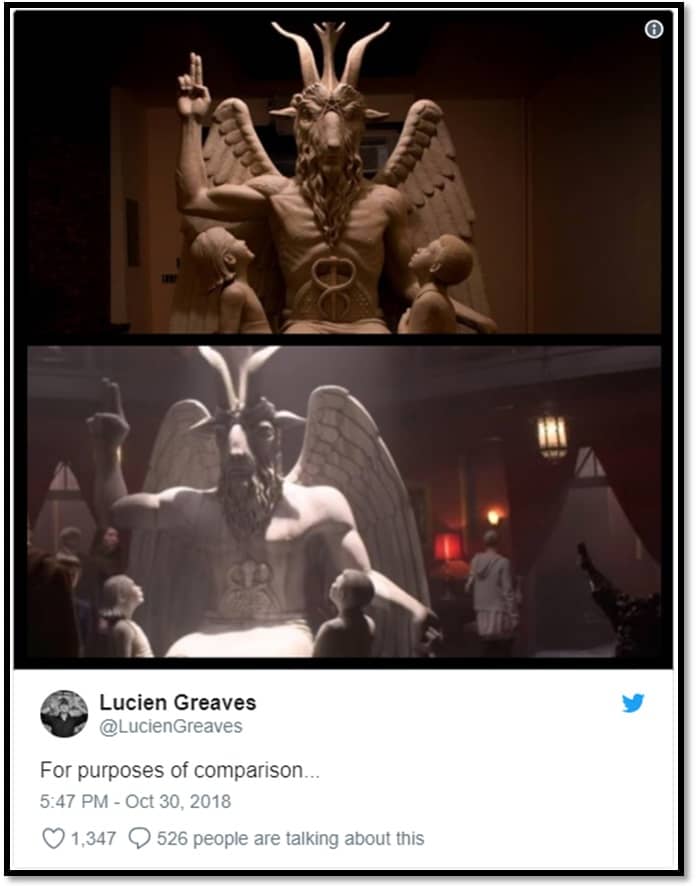 Okay, so it seems from the photos that some member of the Satanic Temple played fast and loose with the non-disclosure agreement. Then again, perhaps not since this image was all over the news in 2015 when the very same Satanic Temple attempted to have this very same statue installed alongside the Ten Commandments monument in Oklahoma.

But in all fairness, the image is that of Baphomet, the spirit the Templars were accused of worshiping back in 1307, not the “Dark Lord” Satan himself. Also, the statue shown is actually a 3D representation of the “Sabbatic Goat” illustration by Eliphas Levi from 1856, meant to represent “sum total of the universe” (e.g. male and female, good and evil, on and off, etc.) and wasn’t purely evil at all. Minus the adoring children, the statue pretty much looks a lot like the drawing if you ask me. 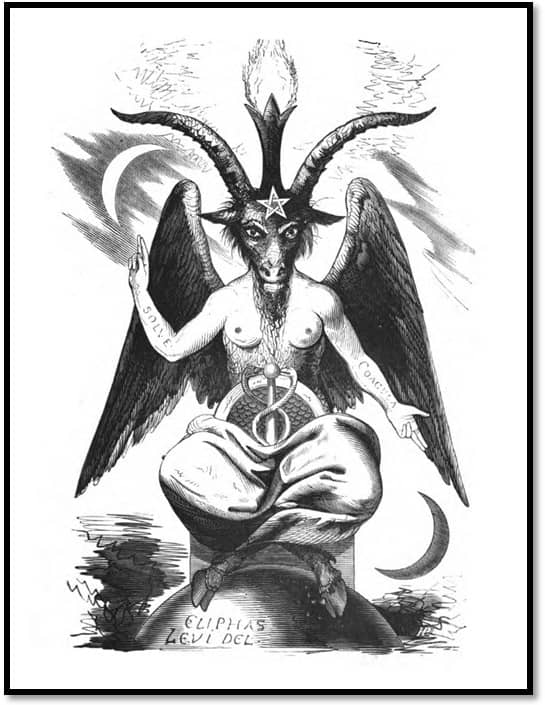 So if anyone should be upset here, it’s Eliphas whose illustration of universal balance was misappropriated to represent an evil deity. Oh, and about that — Baphomet him/herself should also be feeling litigious, since the earliest mentions of the name associates it with the exact opposite of evil; Westerners misunderstanding and mispronouncing the name of Mohammed.

Meaning everyone has utterly misunderstood one another and needs to calm the heck down.

All that said, a lawyer friend of mine speculated the Satanic Temple and Mr. Lucien Greaves probably don’t have a cloven hoof to stand on since the image that has become associated with Baphomet is public domain after over 150 years, and cannot be anyone’s intellectual property any more. So unless the Satanic Temple copyrighted those two creepy kids staring up at him, they’re out of luck.

And finally, consider this. The first Harry Potter book was published in 1997, and the Satanic Temple wasn’t founded until 2012, I fully expect the next thing to tell you about is the lawsuit filed by Voldemort over the Satanic Temple’s cultural appropriation of the term “Dark Lord”.

I love the way people who “utterly reject conventional morality” always reveal themselves to be frauds, usually when they see a way to increase their bank balance.

“Satanists” as litigious and bourgeois as the owners of a Des Moines Piggly Wiggly? Now that’s funny!

TPark – you always make my day.