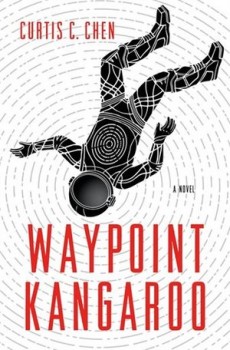 As they used to say in Monty Python, “and now for something completely different.”

The more I read, the more difficult it is for me to be entranced by a novel or short story. My writer brain is always whirring away in the background, pointing out when an author has done something clever or highlighting specific techniques like Chekhov’s gun. To be honest, it’s sort of a pain in the ass. If a novel isn’t gripping to the point that my writer brain clicks off for a bit – or at least gets quieter – I usually put it down somewhere around the fifty-page mark, if not sooner.

Doing this column makes it tough sometimes, too, because a) I don’t like to review something I didn’t at least enjoy enough to finish, but b) I need to find a book worth reviewing every two weeks. And honestly, two years into this column it’s getting harder, since I keep seeing the same story over and over again.

Let me give you an example, without giving too many specifics (since I don’t want to insult anyone). Recently I started a space opera ARC that I received from a publisher, because the back cover blurb sounded really cool, involving a protagonist who’s vilified by the galaxy he worked to save. Except the novel doesn’t start with that; it goes back to the protagonist’s youth, struggling to find his own way in a typical noble household, feeling stifled and controlled until he escapes and begins to come into his own, etc, etc. Sigh. Where’s my story about the intergalactic savior grappling with whether he should consider himself a hero or a villain? If we started there, I’d be able to forgive yet another far-future imperial setting structured like a hundred other novels I’ve read in the last few years.

Sorry if that sounded a little more heated than I usually get here. It’s just that I keep seeing the same story, and it’s wearying. Sometimes the story pretends to be different through its main characters. Like a post-alien invasion apocalypse where the adults are gone and young people have to survive on their own. Jazz it up with lead characters that are different than your usual fare, whether it’s based on gender identity, race, mental health, physical disability, etc, and maybe you’ve got a hit. Or maybe it’s the same story with the exact same beats and even some of the same tropes, and all the author is trying to do is be clever.

Obviously I’m not saying that taking an existing subgenre and telling the story from an underrepresented perspective isn’t something worth doing – the opposite, in fact, if you’ve been reading my reviews. But you can tell when someone is doing so mechanically, and just being clever. And that cleverness can take a variety of forms. Maybe the worldbuilding has depth, but it’s a depth that screams, “Look at me! This is cool!” Or the characters have been fleshed out to the nines, but somehow they still seem wooden, like you could trade them out with characters from other novels and not really affect anything. Sometimes the writing style dwells, making sure you understand exactly what’s going on, or sometimes it’s snappy and moving forward and hoping you’ll keep up, but that doesn’t help because the discoveries you make aren’t actually that interesting. It’s like you can tell the author was trying just a little too hard to make something that checks off the right boxes, but which isn’t actually different. 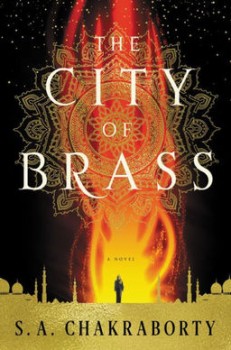 I mean different in the way of Gods, Monsters and the Lucky Peach by Kelly Robson, which is ecofiction + time travel + generational clashes in a setting that’s wildly alien yet entirely familiar, with the perfect combination of action, humor and thought-provoking drama. Or in the way of Redemption’s Blade by Adrian Tchaikovsky, at its core a story about figuring out how to move on after the war is done, but with characters that leap off the page so much that I can still see them in my mind, months after finishing. Or in the way of Curtis C. Chen’s Kangaroo novels, or Martha Wells’ Murderbot Diaries, or The City of Brass by S.A. Chakraborty. Different stories, where the difference isn’t just that the characters happen to not be the stereotypical Hollywood fare, or the core of the story is masquerading under “fresh” worldbuilding, or the author is trying to be clever. Different because they have heart, and the characters and the world seem real, in a way that is unique to every other novel I’ve read and sucks me in to the point that I miss my stop on the bus, every day.

Yes, this is all entirely subjective, and I’m not judging anyone if they happen to like coming-of-age stories set in a vaguely Roman intergalactic empire that doesn’t even pretend not to be (I’m seriously not; I’m just being snarky). What I’m saying is that a novel that tells the same basic story with a twist is, I’m sorry, not worth spotlighting. Cleverness alone doesn’t warrant a nod from Publisher’s Weekly or Locus. The stories worth spotlighting are the ones that are different. So even if I read a checkbox-style novel that reminds me of ten other novels and enjoy it, you probably won’t hear about it.

But if a novel is truly different? You bet your ass I’ll be shouting about it.

I think it’s very tricky to write a genre novel that’s original, because inevitably it has to work within the constraints of the genre to which it belongs – it has to be both innovative and traditional. Most of the recent changes, while commendable (ie, leading characters who are more diverse in terms of their sexuality and race or whatever) are largely surface changes. A space opera is still a space opera at the end of the day. My impression – perhaps wrongly – is that SF hasn’t changed much since my teens. The big innovation back then was Cyberpunk; the shift from Galactic Empires to the local and the particular. I have yet to see any equivalent in most modern SF, which tends to be pretty generic. But maybe I’m reading the wrong books?

As for fantasy Grimdark would be another innovation that isn’t very innovative – just ratchet up the sex and violence, often to cover lazy world-building