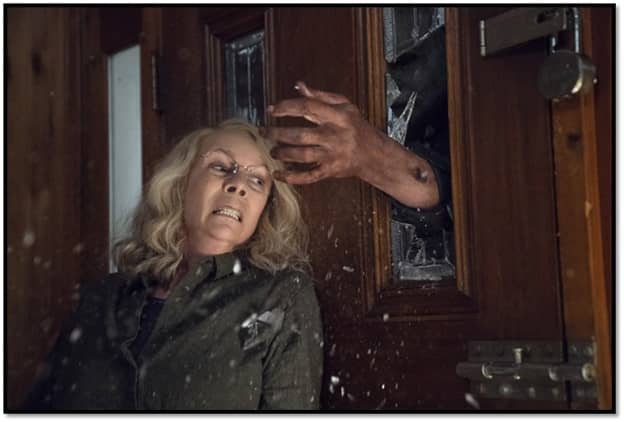 Forty years ago, 17-year-old baby sitter Laurie Strode had a really lousy Halloween that forever changed her (and our) lives. Played by a then 20-year-old pedigree scream queen in her first movie role, Jamie Lee Curtis, daughter of Janet Leigh of Psycho fame, Laurie spent October 31st of 1978 being menaced by the evil-incarnate psycho Michael Myers who, in spite of being repeatedly damaged to death, returned for seven sequels collectively raking in $366 million at the box-office worldwide.

Unfortunately, not all of these films were created equal and though many had great elements, quite a few of us still considered the original film to be one of the quintessential horror films of a generation. That said, it probably comes as no surprise that a now 57-year-old Laurie Strode is facing Michael Myers one final time in what is meant to be the swan song of the franchise and one that ignores all the sequels, picking up the story line left off in 1978.

Thanks to USA Today, a brand-new shot from the final installment to John Carpenter’s original classic shows Laurie preparing to take down Michael once and for all, and she’s looking mega badass in the process.

In the new film, directed by David Gordon Green and co-written by Danny McBride…

Laurie Strode comes to her final confrontation with Michael Myers, who has haunted her since she narrowly escaped his killing spree on Halloween night four decades ago.

A British documentary crew comes to the States to visit Michael in prison for a retrospective of the maniac’s night of terror — but their project becomes way more interesting when Myers escapes custody, retrieves his signature mask and seeks revenge on Laurie, with others naturally being part of his impressive career body count along the way.

In the decades following the fateful Halloween night that forever altered the former babysitter’s life, Laurie has armed and prepped herself for Michael’s inevitable return — to the detriment of her family, including daughter Karen and granddaughter Allyson.

As we reported awhile back, Curtis is (sort of) assuming the role of Dr. Loomis, originally played by Donald Pleasance, and eagle-eyed fans noticed Grandma Laurie is wielding a firearm that looks surprisingly like Dr. Loomis’ in some of the early stills. 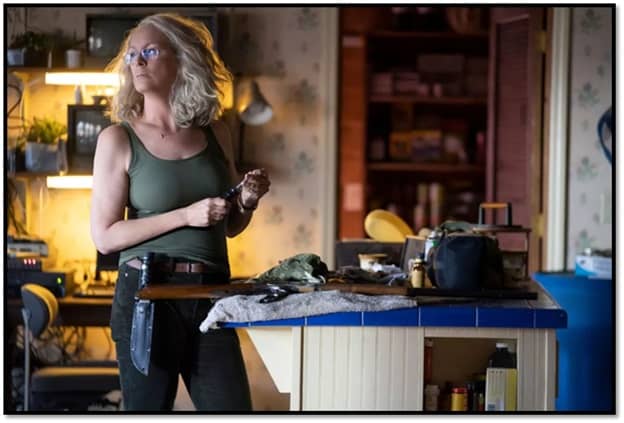 With Hollywood being a bit thin on roles for actresses over 40, you just have to love the fact that Curtis has come full circle to embrace her original character and do it in such a seriously I’m-going-to-mess-you-up-once-and-for-all way. The now 60-year-old actress recently said:

If I can challenge old ideas about aging, I will feel more and more invigorated. I want to represent this new way. I want to be a new version of the 70-year-old woman. Vital, strong, very physical, very agile. 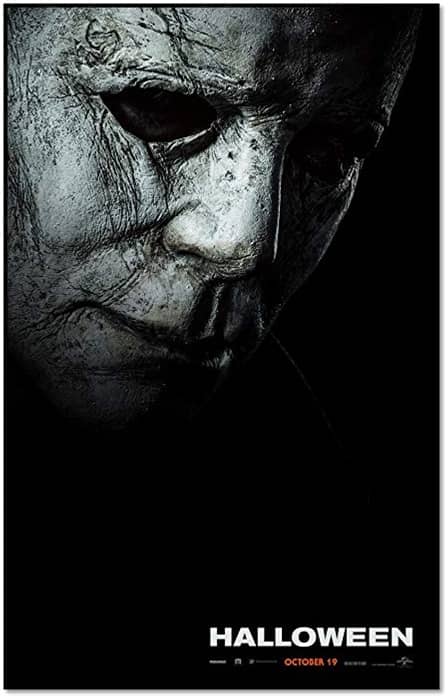 He and Laurie Strode return to Haddonfield on October 19, 2018.

I’m pre-purchasing tickets for this one, at the swanky movie theater with waiter service because I just want to soak it in. Are you looking forward to Halloween? Post a comment or drop a line to sue@blackgate.com.

Oh hell, yeah! I love the first two films, and the third is also an awesome movie, but not really a part of the Myers/Strode saga. The rest are…ok. This looks like the finale we deserve for Laurie, and an awesome showcase for older, yet still beautiful, Jamie Lee Curtis. Yes, she is bad-ass!

PS: I still find it amusing to see “bad-ass” in print.