Killus is a chemist who began publishing science fiction in 1981 with “Son of ETAOIN SHRDLU,” written with Sharon N. Farber, Susanna Jacobson, and Dave Stout. He went on to write nearly two dozen stories, most of them hard science fiction, and published the novels Book of Shadows and Sunsmoke in the mid 1980s.

Killus sold “Flower of the Void” to Ian Randal Strock for publication in issue 7 of Artemis, which appeared in Summer of 2002. The story has not been reprinted.

“Flower of the Void” pushes the definition of a story. It has no real plot or characters, instead focusing on the process by which a space probe that starts out as nanomachines is launched and completes its mission to Eridani Epsilon.

The story is entirely devoid of any emotion, presenting an analytical view of millions of nanoprobes which are launched from the moon and try to make their way through the solar system, with fewer and fewer succeeding even as the probes use atoms they encounter in their travels to expand upon themselves and permit themselves to continue to carry on their mission.

One of the things the story does make clear is that space exploration is a long, slow process, often ending with a very brief period of productivity. Killus’s flowers travel for more than a century, only to spend two months in the star system that was its target. This can be compared to the current New Horizons mission, which spent a decade traveling from Earth to Pluto, only to spend a few hours traversing that system (and will similarly have a limited time during its flyby of 2014 MU69 on January 1, 2019). However, limited time in system doesn’t equate to inability to provide massive amounts of data.

Reviewed in its only publication in the magazine Artemis #7, edited by Ian Randal Strock, Summer 2002.

I liked ARTEMIS. Too bad it didn’t really gain a foothold.

I’ve never read ARTEMIS. I’m not even sure I have a copy! But it sounds like I should definitely check it out. I found this issue grid online… it’s a very handsome magazine. 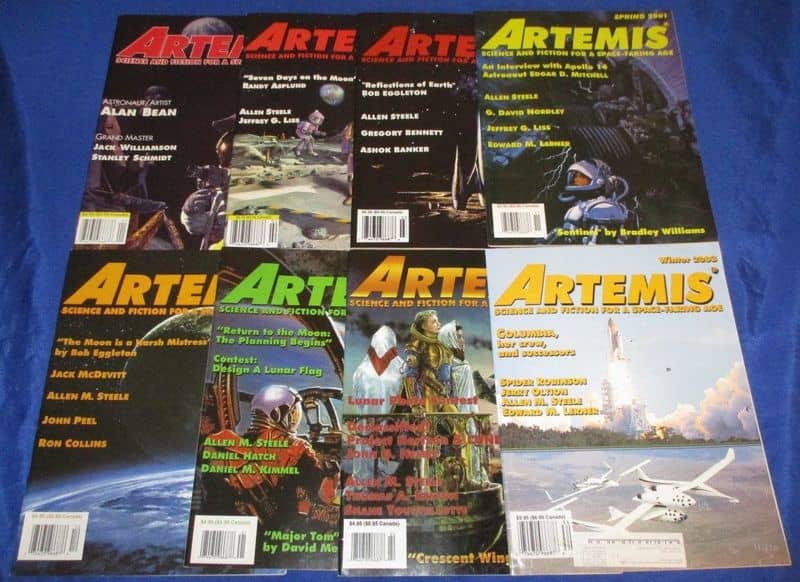