I wasn’t even aware there was a paperback edition until I came across a copy three years ago at the Windy City Pulp and Paper Show. I loved the spooky new Avon cover by Lee MacLeod, but that copy was priced at $25 — more than I paid for the hardcover! I’m pretty good at tracking down paperbacks though, and now that I knew it existed, I figured I could find one at a reasonable price. And sure enough, I did, although it took longer than I expected. With the help of an eBay Saved Search, I finally found the unread copy above in March… priced at $7, less than a brand new paperback.

Razored Saddles had two co-editors. Joe R. Lansdale needs no introduction; these days he’s best known as the author of the Hap and Leonard series, crime novels made into the highly regarded series on SundanceTV. But he’s also the author of over 50 novels and 26 collections, including The Nightrunners (1987), By Bizarre Hands (1989), and The Bottoms (2000). He has won ten Bram Stoker Awards. Pat LoBrutto began working with a summer job in the mailroom of Ace Books, and soon graduated to editing the US editions of Perry Rhodan with Forrest J. Ackerman in 1974. He won the World Fantasy Award for editing in 1986, and co-edited Full Spectrum 2 (1989). He is currently an acquiring editor for Tor Books. 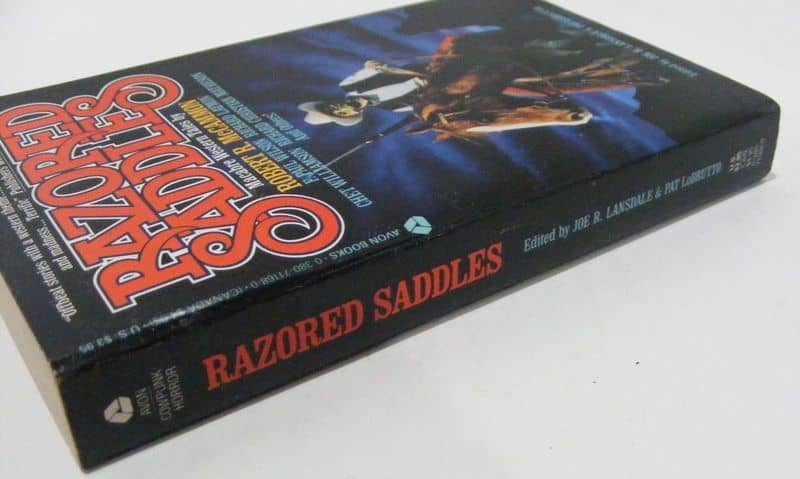 Razored Saddles was nominated for both the Locus Award and World Fantasy Award for Best Anthology. 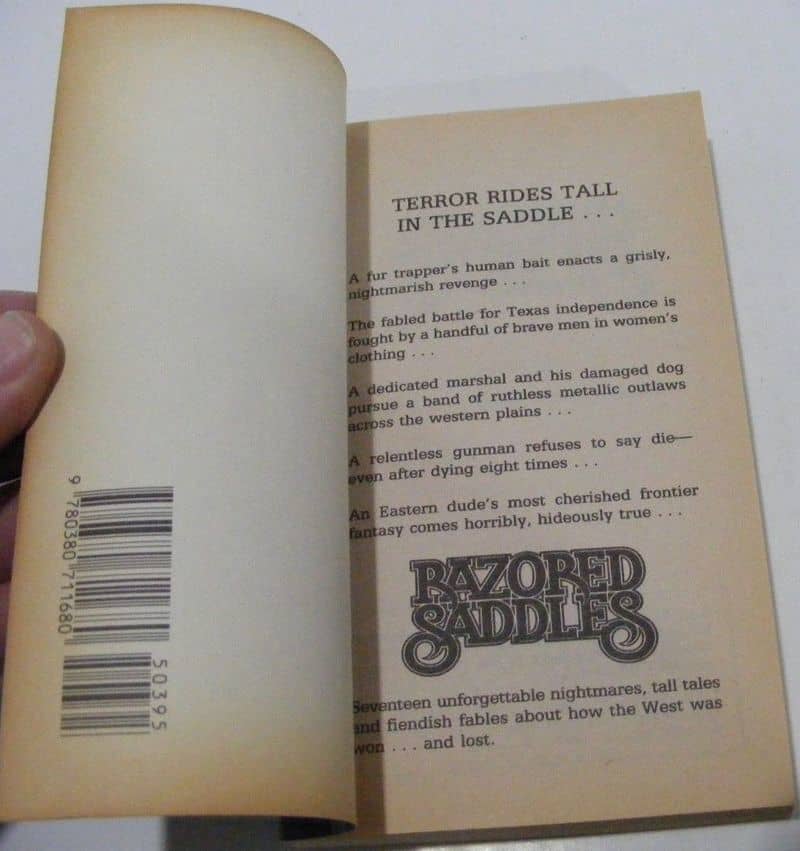 Great find John! I love that feature on Ebay. Abebooks has it as well. Thanks for sharing. Cool cover!

Thanks James! It’s a fine mix of authors as well. Maybe I’ll reread this one over the long weekend….

As it happens, I bought the paperback new (it was in the midst of my major Joe Lansdale period) but wasn’t aware it was originally a small-press hardcover …

Joe – Have you had a chance to read it? Any favorites among them?

Sorry — while I believe that yes, I did read it, it would’ve been something on the order of 25 years ago, so I don’t have any specific recollections.

Probably due for a revisit (at some point after I finish my current reread of Tanith Lee’s Flat Earth books).