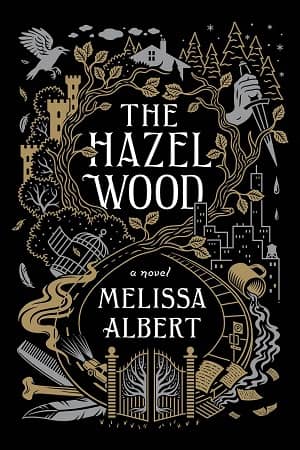 Melissa Albert, via her narrator and protagonist Alice, opens The Hazel Wood with these words. The careful reader will latch on to that “but” right away, a particle suggesting that there is a great difference between the two — fairy tales and highways. Alice, raised by a single mother in a series of flights from bad luck, bad bosses and broken leases, believes there is. She is, at the book’s opening, a very typical protagonist in Young Adult fiction of the last sixty years. Outsider? Check. Troubled past? Check. Few or no friends? Check. Alice has recently undergone a drastic change in circumstances, as her mother has married a wealthy New York businessman. This has brought her a stable home, a stepfather who is at least trying to do right by her, and admission to an elite private school. There is a young man with a similar degree of wealth and a troubled past of his own.

And then things take a sharp turn off the well paved streets into new territory.

If you’re a fan of de Lint, Gaiman, McGuire or del Toro, the first line warned you. Alice has grown up on the run, not so much from mundane bill collectors but from her grandmother’s legacy. Althea Proserpine (again, a name that should set off alarm klaxons faster than a Klingon battle cruiser) was a reclusive author who wrote only one book, a set of “Tales from the Hinterlands.” Alice’s mother is dismissive of the book, loathes its cultish fans, and is insistent on forever staying far, far away from Althea’s home, The Hazel Wood.

And again, if you know fairy tales at all, you know what happens next.

No matter how hard a parent tries to keep a thing hidden from her child, it will come calling. So back onto the highway Alice goes, to find the truth of her own origins, of the mysterious book, of its legacy.

There’s a feeling you get when you’re reading a book. Not just any book, but the books that you’re going to end up telling everyone about. The books that you remember, that haunt you, that change you somehow, that are such an experience that you remember everything about the circumstances in which you read them the first time. It’s happened to me only a handful of times in the last ten years. One of them was when I read the graphic novel Pretty Deadly, and told someone “It felt like reading Sandman for the very first time.” One was when I read Seanan McGuire’s Every Heart a Doorway.

And the third was when I read The Hazel Wood. The bones of the novel sound very familiar, of course. It’s a book whose DNA bears the marks of its predecessors clearly. There are shades of Eco and Perez-Reverte in the chase after a dangerous book. There are traces of the earliest urban fantasy there too, of fairy-lands bleeding over into the Real World — and bleeding is the best possible verb there, since it’s never the nice kind of fairy tale that comes knocking at 2 a.m. 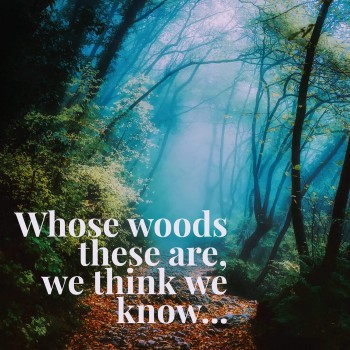 But for all that, it feels new. The tales Albert draws on are her own short stories. We are only given one full example, but it is a stark and cunning little folktale that feels as though it comes from a newly documented region of the Black Forest. The author has mastered the feel of the fairy tale, in its strangeness and its sense of familiarity, but also given it a fresh and frightening new set of characters and settings. There is no Baba Yaga stalking The Hazel Wood in a house on chicken’s feet. But Yaga would feel at home among the switchblade-edged sisters and strange-eyed children here.

In the same vein, Albert treads a similar path of all young adult fiction, grappling with an age that is liminal and strange and, afterwards, feels almost like a fairy tale or a dream. That heady stretch between fourteen and eighteen, when you’re fully grown and still legally a child, able to drive a two-ton car but not allowed to vote, and your brain is stewed in an alchemy that neuroscientists tell us is an altered state all its own. For anyone who comes from a complicated past (and really, that’s most of us) this is also a time in which we begin to appreciate that we come from a history which affects us and in which we have no part that we can actively play. We are governed and shaped by parents and other adults who were, in their turn, shaped by events and people far from us in time.

We can shape our own futures, perhaps, but we cannot, say, undo the fact that our fathers were raised by alcoholic parents of their own, or by parents so scarred by war that they barely functioned. Pain is passed down as a family legacy as much as property. So the gothic standards are eternally en vogue: demons and family curses will always resonate. But again, Albert’s sensitivity and empathy for even her least pleasant characters make this fresh. You may recognize the landmarks on this journey, but it never feels like a tour you have been on before.

If The Hazel Wood has a fault, it’s that the mediation between fantasy and common experience is too well done. One reason I love stories is the chance to have an ending, a sense that at least in fiction there can be a tight and satisfying resolution. Albert doesn’t quite achieve this: as in life, threads are left hanging, further resolution happens out of our narrator’s view, and many things aren’t ever explained to the reader’s satisfaction. This keeps it from being too tidy, which is good. But it gives The Hinterlands a sense of ragged, unfinished edges.

This may be because Melissa Albert has already announced two more volumes: not explicitly sequels, but further explorations into The Hinterlands and beyond. Given the success of this first installment, I’m not the only one eager for the ride. Very few first novels are handled this deftly, and if there is room for improvement, it whets the appetite of the voracious reader.

The Hazel Wood is a Young Adult release: high schoolers will be gobbling it up. Middle readers, or even sensitive adult readers, may have difficulty with the darker tones of the novel, although by recent YA standards it is mild in its relatively small dose of bloodshed and total absence of vampiric sex. Still, for those who may be concerned, it is definitely more del Toro and less “Into the Woods”. While it is refreshing to read a novel that isn’t full of snark, the darkness could have used a momentary relief here and there. Those cautions aside, for those who enjoy the darker parts of the forest, this journey is a treat.

The Hazel Wood, by Melissa Albert, was published in 2018 by Flatiron Books and distributed by Macmillan.