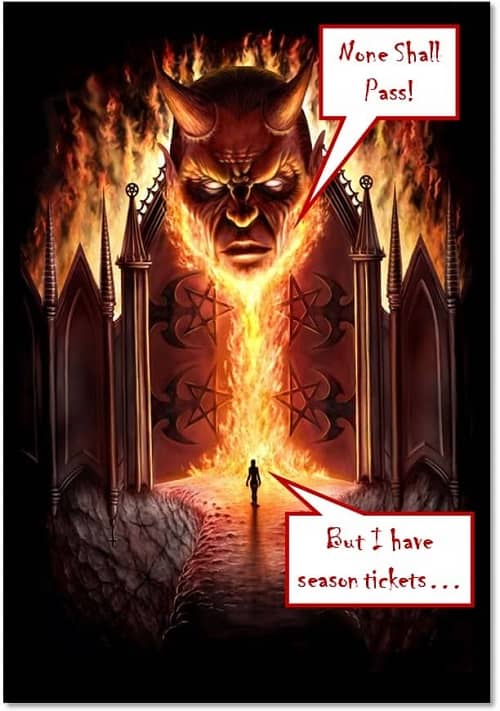 This was just too good not to tell you about.

Back in 2012, I had the pleasure of vacationing in Turkey for several weeks. During that trip I fell in love with Istanbul, Turkish coffee and meat on sticks dipped in yogurt. I also thought the coolest story from that trip would be how our tour guide agreed to drive us within 200 miles of the border with Iran and Iraq so I could crawl under the jeep and take pictures of “war zone” checkpoint with a 500mm zoom lens. Apparently, the military is a bit twitchy about being photographed.

But no, the coolest thing I did on that trip, I didn’t even know I did until last week.

One of our stops was in the modern city of Pamukkale, in the region of Anatolia, from which we ventured into the countryside to the ruins of Hierapolis. To me the remains of this Greco-Roman city were especially magical because they have not been converted into a tourist attraction with paved parking and a gift shop selling stuff made in Taiwan. Instead this site is still very much under excavation by universities and preservationists from across the globe and in many places, we waded through waist-high weeds to get the best vantage points. It truly felt like we were discovering a lost city.

What I did not know then, was that less than a year after my visit, Italian archaeologist Francesco D’Andria would uncover the Gate to Hell, at a Hierapolis dig site we had visited.

According to the report published in the journal of Archaeological and Anthropological Sciences the site was first described as a gate to the underworld and attracted tourists even in antiquity. Animal sacrifices were brought to a grotto below the temple of Pluto (the “Plutonium”), where they promptly dropped dead, expiring as the ancient Romans would have it, from being breathed on by Kerberos, the hellhound guarding the entrance of the underworld.

The Greek geographer Strabo, who lived from around 64 BC to 21 AD, described the spectacle: “Any animal that passes inside meets instant death. At any rate, bulls that are led into it fall and are dragged out dead; and I threw in sparrows and they immediately breathed their last and fell,” he wrote. 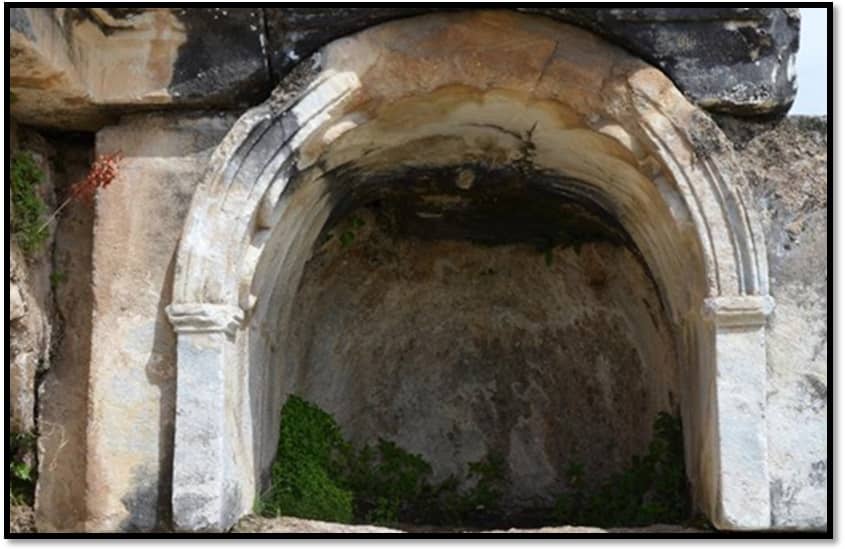 The Roman “Gate of Hell”

And yes, I was standing right there, practically on top of it – which in retrospect was probably a bad idea.

In late February of this year, a team of scientists finally determined it was indeed not a demon dog with bad breath who was responsible for the animal deaths. Instead, CO2 from a deep underground fissure was found to be at deadly concentrations of up to 91% at the entrance to the grotto. Astonishingly, these vapors are still emitted in concentrations that these days kill insects, birds, and small mammals. The gas escaping from the mouth of the grotto to the outside atmosphere to this day is still in the range of 4–53% CO2, depending on the height above ground level.

The scientists speculate that Pluto’s priests figured out the further you were from the ground, the less likely you were to snuff it at the entrance, which is why the artist’s rendition shows stairs leading downward toward the opening. If the priests stayed at ground level, the avoided the deadly CO2 concentrations. 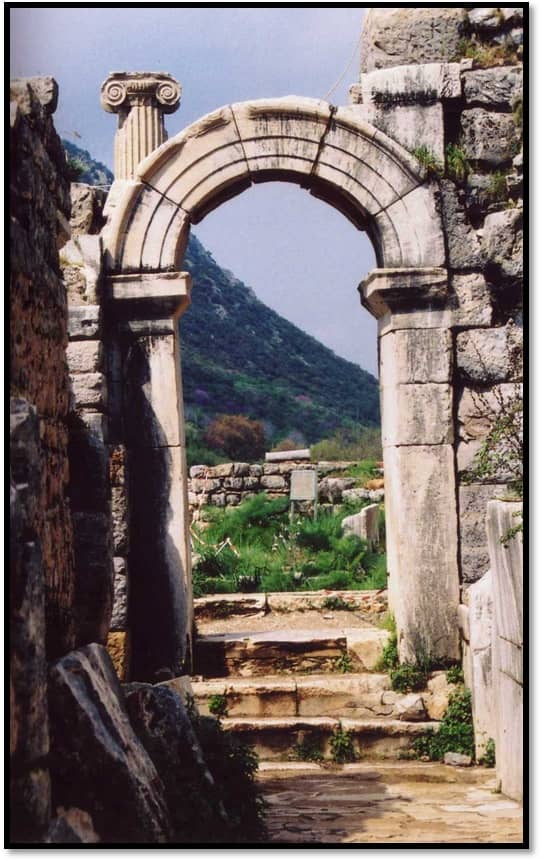 Vacation picture of the entrance to the temple, pre-excavation of the Gate of Hell

Of course, when this discovery hit the wires last month, my email exploded with the commentary of people with varying degrees of comedic talent, all of whom thought they were geniuses, making wise cracks about the appropriateness of my vacation spots. And as I salute every last one of them with the universal symbol of appreciation, I am still kind of geeked at the idea I actually have been to Hell and back.

Or, at least to its front porch.

I’m sure Turkey is a lovely place, but I can’t get over memories of Midnight Express, though I’m sure a visit to Hell there would be perfectly safe as long as you remember the injunction, “Abandon all dope, ye who enter here.”

TPark – Luckily, I never saw that movie though if I had been given a dime every time someone brought it up before I left, I could have paid for the trip though it sounds like I probably wouldn’t have wanted to go.

And though my peer group did vote me “Most Likely to End Up On the Cover of Newsweek Having Caused an International Incident”, substances like those of which you speak would not be the cause. Frankly, I was most concerned with covering my tattoos and remembering not to cuss in public.

About 3 weeks ago, the Canadian science radio show, “Quirks and Quarks” broadcast an interview with one of those scientists, Dr. Hardy Pfanz, a German volcano biologist.

You can listen to it at http://www.cbc.ca/radio/quirks/gates-of-hell-ritual-sacrifices-were-a-deadly-geological-magic-trick-1.4569566

PS: Thank you for sharing the radio broadcast. It is truly a fascinating find which makes me want to go back and see it again, which sadly at the moment, is probably not the smartest idea either.

Surely not 200 miles from the border? Did you perhaps mean 200 meters?

Dolph – No, 200 miles. There’s a sort of “Checkpoint Charlie” that far out as the next 200 mile swath is a no-man’s land which at the time was occupied by the PKK, Turkey’s own personal terrorist group.

I ripped off a string of clandestine pictures, none of which are much good, mainly because I was freaking out the whole time.