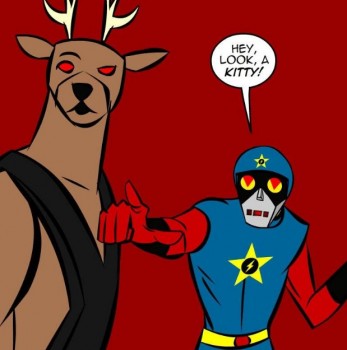 A lot of my Black Gate posts lean into the realm of the fantastic in sequential art, but until now, I’ve primarily stuck to the traditional comic book format, with some occasional diversions into older magazine-sized editions. A few weeks ago, I tweeted out a request for people to recommend web comics to me, because I’d never tried any. 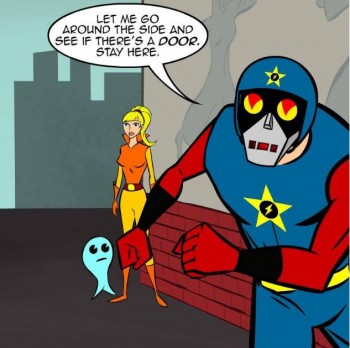 Since then, I’ve been sampling different series. I’m still in a learning phase and don’t want to draw any conclusions about what I’m reading or what I’ve learned, but now is the right time for me to share a couple of stand-outs. 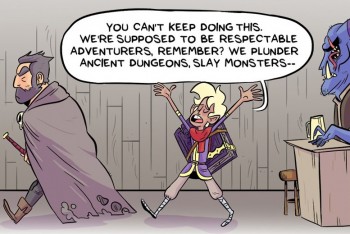 The first is Elf and Warrior, by AC Stewart and Victor Rosas II, a full-on comedic high fantasy starring a half-elf who wants to learn magic, his uncle who is a powerful warrior who has become a brigand for reasons that become clearer as the series goes on. 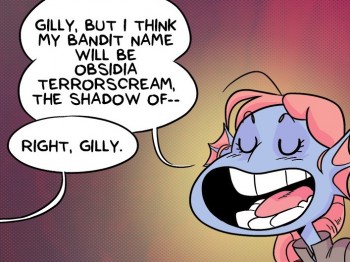 There are also pugs (as in the dogs), monsters, curses, D&D style meta adventures, and so on. 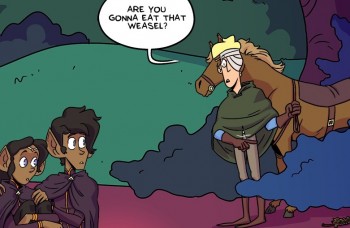 These were a ton of fun and I read all the way to episode 58. 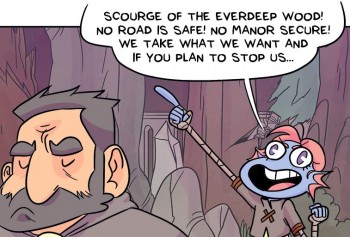 The second is Cyko-KO by Rob Feldman, Andy Thom, Brian and Brendan Fraim, with music by Hans Karl. 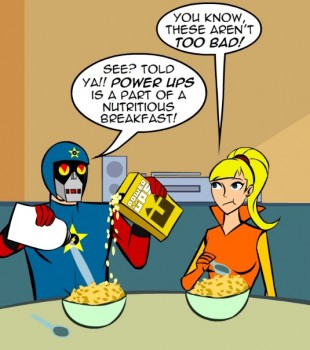 Visually, this series takes a lot of its aesthetic from the 1960s Speed Racer, Anime, and Hanna Barbera cartoons, with a healthy (or unhealthy) dose of Deadpool. 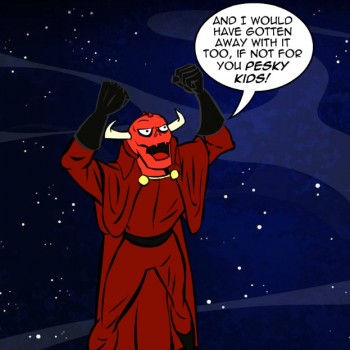 Also, this series is a flashplayer comic, meaning that you should have your volume on as you read, because as you scroll, the pictures, dialogue balloons and special effects change and move. 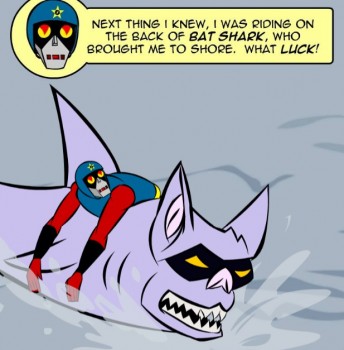 And it’s you’ve ever wondered how a flash comic would be made, episode 23 is  how they make it.  I loved this series and was sad when I got to the conclusion. 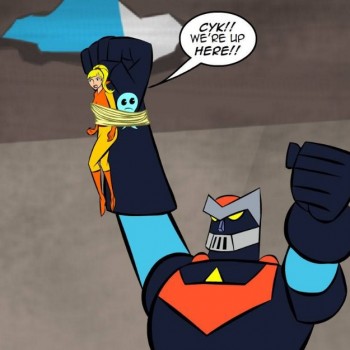 I’m continuing to explore other web comics and where best to read them (ie.: phone, laptop). If you have any suggestions, please link in the comments!

Derek Künsken writers science fiction in Gatineau, Quebec. His fiction has appeared many times in Asimov’s SF magazine and his first novel, The Quantum Magician, is being serialized in Analog Science Fiction and Fact right now. The novel is also available for pre-order at Amazon, Amazon Canada, Chapters, etc.

I see someone’s poised on the edge of a tall, tall cliff…