I wonder if there’s still a distinction to be made between holidays and vacations?* Back before “holy day” became “holiday” was there even such a thing as a vacation? Or were holy days really enforced vacations, in the sense that for some of them at least no work was allowed? Would that make the Sabbath a vacation as well as a holy day? Hmmm.

I’m fairly certain that while the two words are now considered synonyms (at least in English) the concept of a vacation as a time of recreational activities is a relatively new one. That is, not just a cessation of work on the part of one’s self, one’s servants and even on occasion one’s animals, but the active pursuing of another activity altogether. Did the Romans go on vacation? Did travelling for a holiday start with the “grand tours” of the 18th century? Or with seaside bathing in the 19th?

Since seaside bathing was considered healthy, as was “taking the waters” in resorts like Bath in England, Lanjeron in Spain, and Baden-Baden in Germany was travel to these places a vacation? 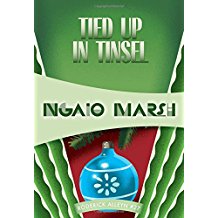 In standalone novels, short stories, and films, both vacations and holy days provide a specific set of special circumstances which writers can use to inform if not to impel the plot. Think of the movies Die Hard, Lethal Weapon, or Ronin, which we somewhat facetiously think of as “Christmas movies.” They’re obviously not about Christmas, but the fact that they’re set in that time period gives layers to the plot, the themes, and the characters’ reactions. 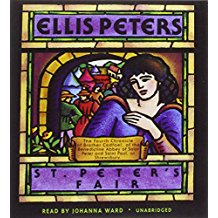 When holidays or vacations turn up in a series, on paper or on screen, we’re dealing with something a little different. A TV series in and of itself creates a special set of circumstances with the premise of the show. So the vacation/holiday episode in question deals with how the fire fighters/ cops/ doctors (time-travelling or otherwise/ lawyers/ cowboys/ modern families/ physicists, etc. etc. celebrate religious holidays, trips to Hawaii/Italy/France and so on.

The same applies to Christmas volumes in a murder mystery series – the genre most likely to deal with the phenomenon. SF and particularly Fantasy tend to observe fictional holy days, if any. Though come to think of it there are – or were at any rate – Christmas issues of SF magazines, which would include one or more Christmas-themed stories. 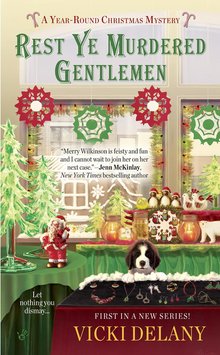 But in mystery fiction, Agatha Christie’s Poirot celebrates Christmas in a number of different short stories; Ngaio Marsh’s Roderick Alleyn does in Tide Up in Tinsel, Ellis Peter’s Brother Cadfael celebrates St. Peter’s Day (a holy day in the old sense) in Saint Peter’s Fair, and there are Christmas-themed volumes in at least three of Charlotte Macleod’s series.

And I haven’t even touched on themed series, such as Vicki Delany’s excellent Christmas Town Mysteries where it’s all Christmas, all the time.

Then there are those examples, usually in a movie, where people go on vacation (or perhaps celebrate a holy day) and something happens to them, usually something that wouldn’t happen if they had stayed home, or if it hadn’t been that holy day. Some of the above-mentioned Christmas movies likely fall into this category. So does the Hallowe’en franchise, that being a holy day, if not a vacation day.

I think of Deliverance as a dark example of a vacation where something happens to the characters that most likely wouldn’t have happened if they’d stayed at home that year.

Of course, we also have movies like the National Lampoon Vacations series featuring the Griswolds – though now that I think about it, the reason I’m not that into these movies is that the same thing happens over and over, which might mean that the Griswolds themselves are the special circumstances, not the vacations. Hmmm.

Question for ourselves: do we still have vacations, or do we just shift our work to a better climate?

*For the purposes of this discussion, I’m setting to one side holy days which are still observed by various religions.

Violette Malan is the author of the Dhulyn and Parno series of sword and sorcery adventures, as well as the Mirror Lands series of primary world fantasies. As VM Escalada, she writes the Faraman Prophecy series. Book One, Halls of Law, is available now; Book Two, Gift of Griffins, is available for pre-order. Find Violette on Facebook and follow her on Twitter @VioletteMalan.

Interesting stuff! The busman’s holiday is certainly a big feature in old-fashioned murder mysteries. Hercule Poirot has but to take a vacation somewhere and murderers start leaping out of the woodwork, committing crimes for him to detect. There’s a fun Nero Wolfe volume, too, where each one of the 4 novelettes takes place on a different holiday. By preference, every day is a vacation for Wolfe, of course—he only works when he compelled by circumstances, and even then Archie has trick him into it sometimes. (This is a very reasonable attitude towards work, it seems to me.)

The Roman concept is expressed by forms of otium (“leisure”) as opposed to negotium (“un-leisure”; from which we get negotiate and other businessy words).

Our evidence about the Romans is distorted by the fact that literature was an occupation of the relatively well-off. It’s hard to say what working class people did and whether they had what we’d call vacations (as opposed to the holidays, still holy-days, but offering an opportunity to screw off). The books that survive certainly refer to trips for pleasure to the country, to places in other coutries (or at least provinces), as well as staycations: domesticus otior Horace says somewhere—“I chill at home”. Wolfe and Horace had very similar opinions about work.

James, Can you believe I forgot all about the busman’s holiday aspect of things. Of course Poirot, and Miss Marple for that matter, take little trips all the time – one supposes because otherwise everyone at home would be dead. I think I had Sayers’ Busman’s Honeymoon stuck in my head, and so I couldn’t think of the other kind.

Thanks for reminding me about the Nero Wolfe stories. I’ll have to go to my shelves and reread that one. Wolfe and Archie are almost my favourite fictional characters.

I’m glad to have this information about the Romans as well. I think you’re right to make a distinction between the rich and the working class in terms of vacationing. We really can’t know for certain what the lower classes did in terms of travelling, though I think we can safely assume that holy days would have been pretty much it.

I’ve read quite a lot of Horace in my time, but I had no idea he and Wolfe (I hesitate to call him Nero in this context) were so much alike.

And one of our first great works of literature in the English language is based around a holiday of sorts — a pilgrimage to Canterbury! Sure, it was ostensibly done for religious reasons, but the pilgrims definitely seem to treat it as a vacation in our sense of the word, swapping tales, making wagers, engaging in competition…

Nick, it’s a pilgrimage-type of holiday that’s featured in the Peters book. From what I remember of Chaucer, there was certainly a lot of merrymaking!