John Shirley was born on February 10, 1953. Shirley’s novels include his debut, Transmaniacon, inspired by the Blue Öyster Cult song “Transmaniacon MC,” the Eclipse trilogy, and Crawlers. He has written men’s adventure novels under the pseudonyms D.B. Drumm and John Cutter, as well as several film and comic tie-in novels.

Shirley won the Bram Stoker Award and the International Horror Guide Award for his collection Black Butterflies: A Flock on the Dark Side in 1999. That same year, he was the Author Guest of Honor at the World Horror Convention in Altanta. In addition to his career as a writer, Shirley has performed with the band The Screamin’ Geezers and has written lyrics for Blue Öyster Cult and an episode of Star Trek: Deep Space Nine.

Although John Shirley’s “Occurrence at Owl Street Ridge” was originally written for Strange Attraction, an anthology of stories based on the Dark Carnival sculptures of artist Lisa Snellings (itself inspired by the Dark Carnival writings of Ray Bradbury), the story first saw print in the program book for the 1999 World Horror Convention, held in Atlanta with Snellings as the Artist Guest of Honor and Shirley as the Author Guest of Honor. Shirley also included the story in his 2001 collection Darkness Divided.

The title “Occurrence at Owl Street Ridge” is, of course, a reference to Ambrose Bierce’s “An Occurrence at Owl Street Bridge,” and Bierce plays a minor role in the story, which is also modeled after Bierce’s tale of the attempted execution and escape of Peyton Farquhar. In this case, Shirley’s main character is Dana, a disaffected woman who has lost her job as an executive assistant because she was caught using her work computer for her hobby as an artist one time too many.

Returning home to share the news with her husband, Reuben, who is only working part time at the brewery, she comes across her four teenage kids, each with their own issues ranging from asthma to potential drug use to weight issues. Rather than getting the support she needs from her homelife, she only sees how miserable her entire family is.

Following a strange internet exchange with an anonymous woman who claims to know her innermost thoughts, including her idea of killing her entire family at Thanksgiving and who claims to be her dead Aunt Louise, Dana has a dream of the family on a never-ending Ferris wheel. Louise appears in the dream and offers to help break the cycle the family has gotten into, if Dana will do what she must do. Awakening, Dana is picked up by a limousine and, although the driver insists to her that she is awake, the story has a very dreamlike quality as he drives her back to 1970s San Francisco, giving Dana the chance to live her life over again, knowing what she knows of the life she’s already lived. Even as Dana is living an alternative version of her life, her dead aunt has taken her place and is living Dana’s original life. 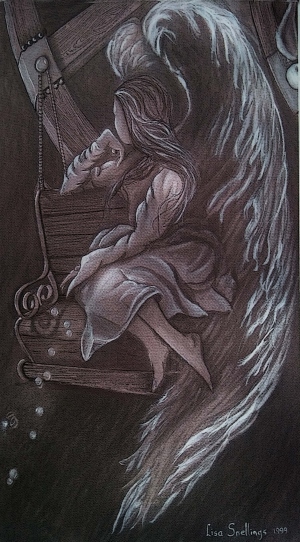 Dana’s alternate world and its relationship to the version of her life she originally lived are left unexplored, but the few sentences Shirley dedicates to them are the eeriest of the story. Rather than look at them, he explores the idea that if she could just take a break from the life she has chosen for herself, Dana would be able to recenter herself and find the life she was meant to live.

It is a form of micro-alternate history which has been seen in the films It’s a Wonderful Life and Sliding Doors. While Dana’s alternate life is important, it, also, isn’t too detailed. The important part of the story is Shirley’s initial set-up and although the ending is somewhat predictable, “Occurrence at Owl Street Ridge” does offer its own twists and differences from Beirce’s original story. 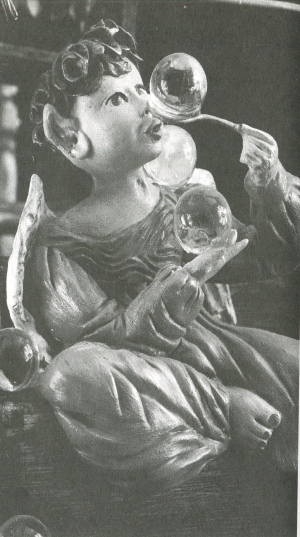 Of note about this particular story.  All of the stories which were published in the anthology in which it eventually appeared were based on the sculptures artist Lisa Snellings created for her massive kinetic sculpture “Crowded After Hours,” which shows a Ferris wheel and was partially inspired by Ray Bradbury’s fiction. The figurine that serves as the frontispiece to Shirley’s story is reproduced here. A video of the Ferris wheel in motion can be found here.