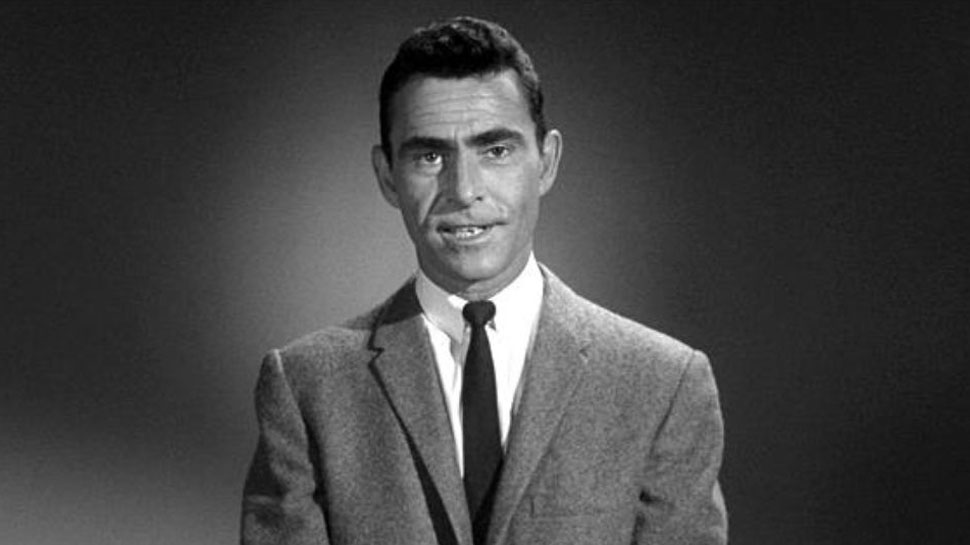 The current landscape of television, with numerous platforms, shows where all the episodes can be released at once to create what are essentially eleven-hour movies, and the full reimagining of what a “season” entails, has made the anthology show a viable format once again. Naturally, this means we’re due for a revival of the most famous anthology program in the medium’s history: The Twilight Zone. A.k.a. “One of the Best TV Shows Ever.”

As of this week, it indeed looks like we’re on the way to a TZ revival, based on this news from The Hollywood Reporter. And it’s not just from anyone pulled randomly out of the PGA and DGA listings. It’s from Jordan Peele, whose directorial debut this earlier year, the smash horror hit Get Out, is just covered with Serling-esque fingerprints.

This is still tentative, and The Hollywood Reporter mentions it’s unclear if this is a series order or only an announcement of development for CBS’s All Access service. Jordan Peele’s production company, Monkeypaw, is behind the new show, with Marco Ramirez (Sons of Anarchy, Daredevil) assigned as head writer and showrunner. CBS so far hasn’t made an official comment on either Peele or Ramirez’s involvement, which tells me the deal is still in the process of getting hammered out. It could all evaporate, as a 2012 revival attempt with Bryan Singer did. But the timing on this — and the involvement of Jordan Peele — makes it sound like it may turn into reality. Or what passes for reality in a land of shadow and substance, things and ideas…

I’m a huge Twilight Zone nerd, but reviving the show’s format and brand name always makes me wary. A revival worked once before with the underrated 1980s Twilight Zone on CBS, but the 2002 UPN version has been almost forgotten, and for good reason. With so many movies and shows taking influence from TZ , the idea of a show return feels redundant. We know a new Twilight Zone can never be as groundbreaking as the original, so why risk the comparison?

But if any talent can get me excited about a new Twilight Zone , it’s Jordan Peele. After the huge home run of Get Out , a social-critique horror movie that I could easily envision as a half-hour Twilight Zone episode, Peele has said he has “four other social thrillers” he wants to make. Why not take some of those ideas — and the many others I’m sure he has — over to an anthology television show? Sounds ideal to me. Maybe some of the comedy episodes will actually work thanks to Peele’s comedic background. The humorous episodes were always a weak spot in the original TZ. They tended to work best when somebody other than Serling wrote them.

If the show does go forward, I have four requests for the creative team (aside from “please hire me as a writer”). Jordan Peele is smart enough about The Twilight Zone that he probably doesn’t need this sort of advice, but I’d like to go on the record.

Today an “anthology show” means different things. There are traditional standalone episode shows in the Twilight Zone mold, such as Black Mirror. And there are shows where each of the short seasons is a complete mini-series, such as True Detective and American Horror Story. The Twilight Zone thrived on compression and brevity. Serling called it a perfect half-hour show and fought against the fourth season expansion into an hour-long slot. A few fourth season episodes turned out fantastic and made excellent use of the extended running time (“In His Image,” “On Thursday We Leave for Home,” “Death Ship”), but most episodes suffered from padding. I find “The Forty-Fathom Grave” especially interminable. The hour-long revival in the 1980s and 2000s wisely told multiple stories within each hour. Whatever length the show returns as (I think 30-minute episodes without commercials is ideal), I hope each one is a standalone.

The Twilight Zone is not a horror program. It’s a speculative fiction program that contains horror episodes alongside fantasy and science-fiction outings. And not every Twilight Zone episode relied on a mind-bending twist closer. Some contain no twist at all, and in others the final reveal is incidental to why the episode is effective. For every classic like “The Living Doll” (horror!) and “The Invaders” (twist!) there are also classics like the gentle fantasies “Walking Distance” and “The Changing of the Guard” that have no surprise ending at all. There are also fantastic two-handers like “A Game of Pool” and “The Obsolete Man” that are primarily intense dramas using the speculative fiction elements to bring the leads into conflict. The horror episodes don’t necessarily need surprise endings either; just look at “You Drive.” Keep the show varied and remember the often soft and sentimental side to Rod Serling and the other great TZ writers.

I know this is tempting. Those classic episodes are pop culture legends, and what fannish writer or director wouldn’t want to take a crack at recapturing something as weird as “The Howling Man,” as dramatically powerful as “The After Hours,” as visually warped as “The Masks,” or as continually relevant as “The Monsters Are Due on Maple Street”? But please — don’t — do — it! We need new stories told in the style of The Twilight Zone. We need new classics. Take inspiration from the greats and turn it into something original.

This is going to be the big debate if it looks like the show will happen: who will play the Rod Serling host part? In the past, we’ve had two acting alumni from the original show, Burgess Meredith (in Twilight Zone: The Movie) and Charles Aidman (the ‘80s revival). Forest Whitaker hosted the 2002 version. Aidman was the closest to a Serling soundalike — and he wasn’t even trying to do an impression! — and neither he nor Meredith appeared on screen. Whoever takes over the job should probably do the same, which also mirrors the first season of the original show. Serling did appear in the bumpers to introduce the next episode, and he’s actually a character in the Richard Matheson-scripted “A World of His Own,” but otherwise Serling remained a voiceover during the first season. Keeping the host as only a voice allows the mind to imagine that Rod Serling is still out there somewhere, writing dispatches from a land not of sight and sound but of mind.

My recommendation for the host? Jordan Peele!

Please sound off in the comments about your favorite original Twilight Zone episodes. Because I can never hear enough about this show.

My favorites: “The Masks”, “Time Enough at Last”, and the very rarely seen “An Occurrence at Owl Creek Bridge” (I was totally shocked when Syfy played that last one this past New Years).

I typed a long screed then deleted it. Simply put, I think the modern “Re-Make” trend is toxic on many levels and even a work like Twilight Zone that has done good in re-make (80s) would be only diminished by corporate suits buying up memories, chewing them up and regurgitating them…

And, again, as writers we should be trying to organize boycotts of stuff like this. Why hire new writers when you can chew n spew the stuff of old. And if they hire a writer to make the “Re-Make” or dust off the text for modern days, even if they don’t make you sign a contract stricter and almost as by definition immoral as anything the “man from Down Under” might think of to not mention it, do you want to include “Oh, and I was the guy who somehow RUINED ‘Nightmare at 50,000 feet'” in your lists… I mean, as time goes on, stuff is forgiven – the “My father the Pornographer” where a son discovered his Dad wrote those ‘under the counter’ porn pulps…but I don’t think this is anything you want to be part of…