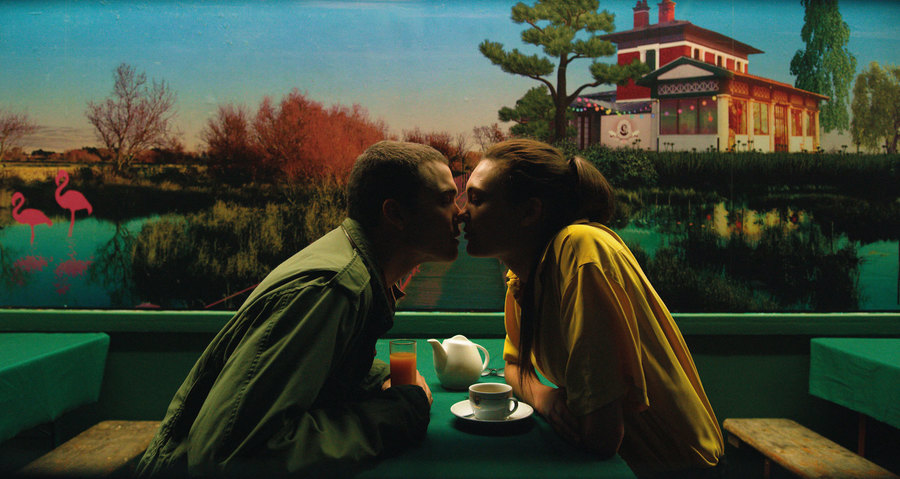 On September 7, for various reasons, I decided to treat myself to two movies on Netflix I’ve wanted to see for ages but had never found the time to watch. The first was Gaspar Noé’s Enter the Void. It’s about a drug addict who gets shot and has an extended dream/out-of-body experience. There are tons of digital effects, shots spliced together, weird angles, cameras gliding through walls, tricky lighting, all kinds of stuff.

And it’s … all less involving than it should be. Because it’s an out-of-body experience shown from a first-person perspective, we don’t really get to see much of the actors’ faces, only the tops of their heads. The story’s non-linear, but a lot of scenes aren’t needed. Dialogue’s improvised, and feels it. Overall, I thought it was an example of talent without genius or taste; good ideas, some breathtaking moments, and largely uninvolving.

I just paused the second movie I’m going to watch after the first six-minute scene. It’s Akira Kurosawa’s Kagemusha. That scene has three actors in a bare wooden room with one candle and one sword-stand. The three actors are all dressed alike; two of the three are noble brothers, and the third’s a duplicate of one of them that the other’s saved from execution. The three actors are subtly positioned on different levels indicating their status. 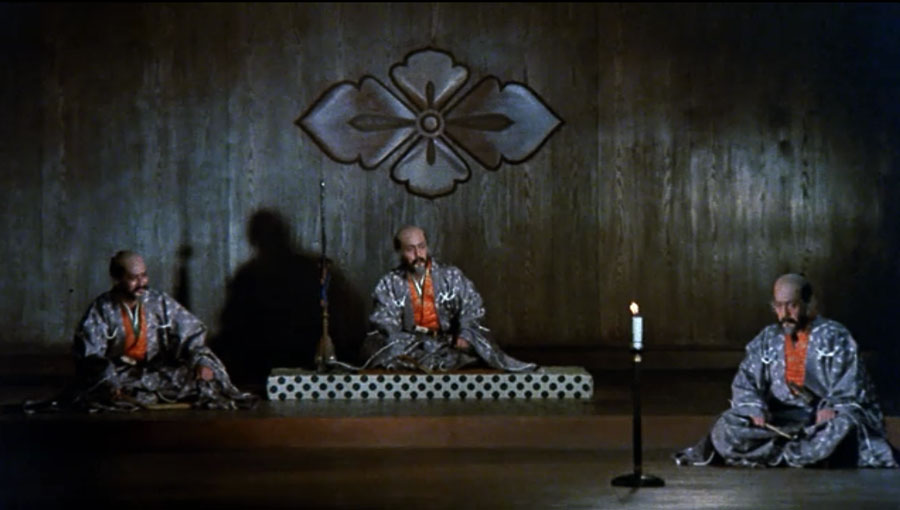 The camera doesn’t move. The two nobles barely move. The first couple minutes are largely expository dialogue between them setting up what’s happening. Then the low-born thief whirls on the other two and accuses the nobles of being murderers on a grand scale. The elder brother stands, and gives his account of himself. And leaves.

And it’s gripping. I’m more emotionally affected by this one scene than the whole 2-hour-forty-minute length of Enter the Void. I want desperately to know what happens next in a way I never did at any point in the first movie. 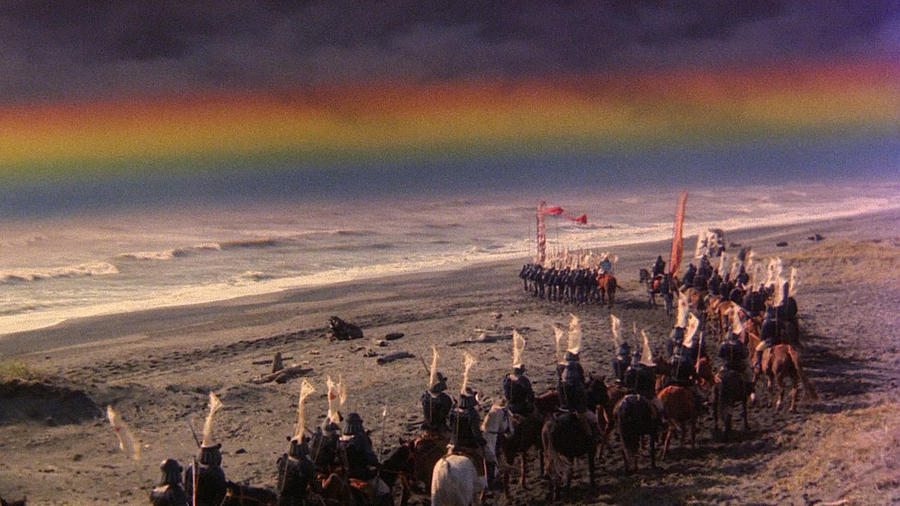 And yes, sure, this is Kurosawa, what do you expect. What I guess I’m saying, however obvious, is: mastery of form and story doesn’t need flashy technique or elaborate trickery. It may use those things; in a sense, minimalism’s only another kind of flashy technique. But — you can feel a sure hand when it’s present, and that’s what makes the difference.

Regarding Kagemusha, *thank you.* I once had a friend whose aesthetic opinions I generally respect go on a rant about what he saw as the pointless length of the film’s opening shot, during which (as he saw it) nothing was happening, and Kurosawa was obviously losing it. Yet there is so much going on there, and the length of the still frame intensifies it.

This instantly made me think of an interview that Peter Bogdanovich did with Edgar Ulmer, who directed Detour, The Black Cat, The Man From Planet X and many other distinctive B pictures. Ulmer said:

“King Vidor made a picture, The Big Parade: there is a scene where Renee Adoree hugs John Gilbert’s boot, and hangs on to him as the truck pulls out, headed for the front. I was devastated by that scene. These are the moments which make pictures worthwhile.”

When I think about the moments in film that have affected me the most, virtuosity or flashy technique or startling effects or “high concept” don’t have anything to do with it, except when they are able to facilitate the kind of human moments that Ulmer talks about. Without that human grounding, that stuff is just self-indulgence.

FredH: You’re quite welcome! I agree absolutely, the stillness is so essential, bringing so much intensity to the scene.

Thomas Parker: Yes, absolutely! Flashiness can be used well, if it’s in the service of real emotion and real storytelling. I think it’s to do with the skill of the storyteller; someone who really knows what they’re doing can do anything, and make those great moments that feel so real.