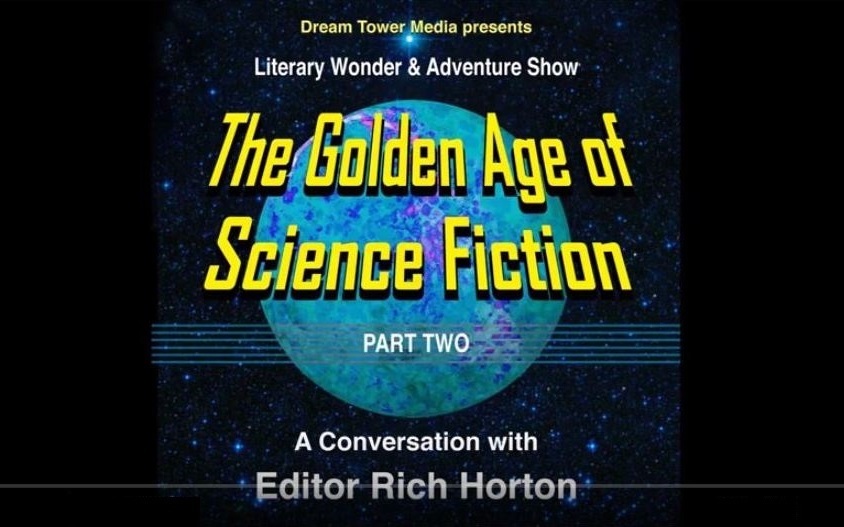 Part II of II; read a review of Part I here.

Host Robert Zoltan has returned with his second installment of a look back at the Golden Age of Science Fiction. Zoltan and (Edgar the Raven’s) guest for Part II is Rich Horton, editor of The Year’s Best Science Fiction and Fantasy (Prime Books), reprint editor for Light Speed, and columnist for Locus and Black Gate.

Horton endorses the standard narrative of the start and finish of science fiction’s “golden age,” which begins with editor John Campbell fully assuming the reigns of Astounding Stories around 1938, and ends when the Magazine of Fantasy and Science Fiction and Galaxy began publishing in 1949 and 1950, respectively. These latter two magazines moved the genre in new directions, though not necessarily worse ones: Horton in fact argues that the fiction published in the silver age of the 1950s was often higher in quality, which seems to undercut the Golden Age moniker affixed to the Campellian era. But the golden age had the benefit of the “shock of the new”; it was a time when new ideas sprang from the pages of Astounding Stories with each new issue. It saw the emergence of some of science fiction’s greatest ideas and lasting tropes, if not consistently high execution or literary sophistication. 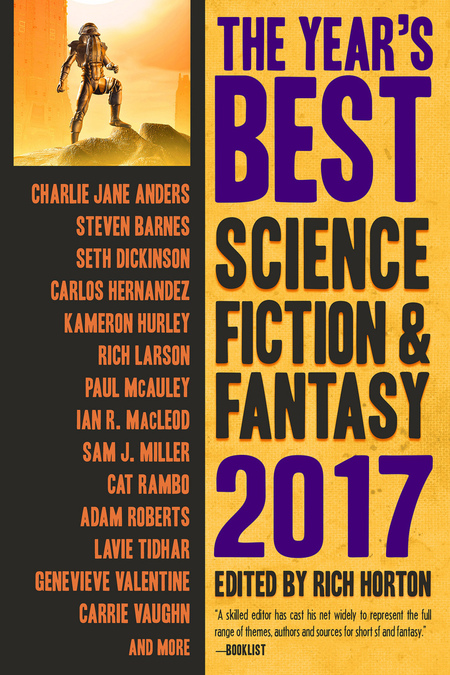 Optimism was prevalent under Campbell’s editorship, and according to Horton was carefully cultivated in Astounding Stories. Campbell believed in a sort of manifest destiny for the human race in outer space. According to Horton this resulted in some creative stultification; for example Campbell rejected an Isaac Asimov story that portrayed mankind in a less than sympathetic light during an encounter with aliens, and not as the optimal end of evolution. But by and large Campbell’s contributions to the development of science fiction are unquestionably great, and at times he abandoned his conservative hobby horses and placed darker, harder-edged stories in Astounding as well (including “Nightfall” by Asimov). 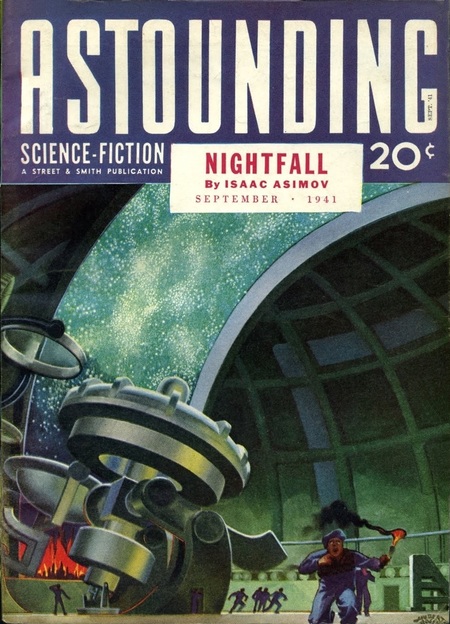 The episode is perhaps not as tight as it could be to the topic at hand. I would have liked to have seen a review of the top five “must read” stories of the era, for example. But as is the case with other episodes of The Literary Wonder & Adventure Show the digressions provide much of the podcast’s charm, and often yield the most interesting material. One such foray takes Zoltan and Horton down the road of discussing historical “golden ages” of human history (asking aloud: were these “golden ages” truly golden, or merely mythologized with the passage of years? People tend to remember the good stuff and forget the bad material, especially when they encounter said stories at an impressionable age, Horton astutely notes). They debate whether our own past was a golden age and if we are regressing as a species, as explore the deep human need for mythology and archetypes, as evidenced by our love for heroes and heroic fiction.

Also discussed is the possibility of great art transcending the creator (including the author’s politics and beliefs), and the craft of good writing and good editing. Zoltan argues that Cordwainer Smith and Jack Vance for example are still highly readable today due to their terrific style and the importance they placed on humanity over explication of scientific concepts. Horton and Zoltan touch on a key criticism of “hard” science fiction, one which I happen to share: That it often worships at the cold altar of technology, and so diminishes adventure storytelling, characterization, and style. This is one of the reasons why I’ve always preferred fantasy. 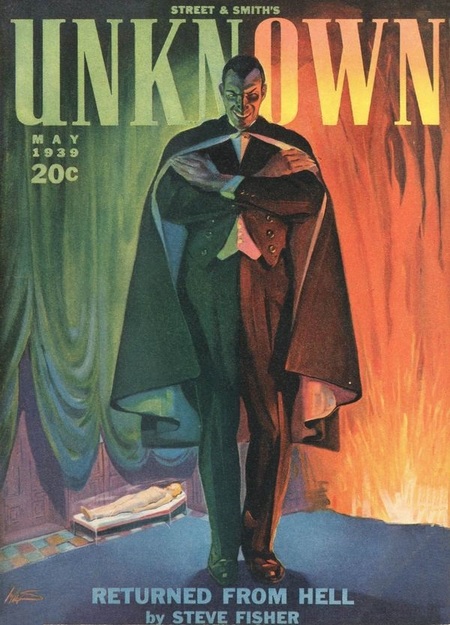 Campbell was also a fan of fantasy and started the short-lived but highly regarded fantasy magazine Unknown, which published the early stories of Fritz Leiber, among others. Zoltan and Horton cannot resist another excursion here into early fantasy, discussing the works of Lord Dunsany and his influence on heroic fantasy/sword and sorcery (a lot of justified gushing over Dunsany in this segment), and H. Rider Haggard’s influence on J.R.R. Tolkien.

Discussion ranges into the present-day limitations of science fiction: Horton talks about the likely impossibility of deep space travel due to it requiring speeds beyond that of light; Zoltan argues that we are not even ready as a species to do so until we have solved our own issues of conflict, pollution, and hunger.

But Horton argues that we nevertheless need to keep looking beyond for answers. Opening new doors elsewhere, perhaps beyond the stars, may allow us solve our seemingly unsolvable problems here on earth. We will never advance as a species by looking over our shoulders to some mythical age, nor should aspiring authors try to duplicate the material of the golden age of science fiction. But from a historical/foundational perspective, both Horton and Zoltan recommend reading and learning from the classics. 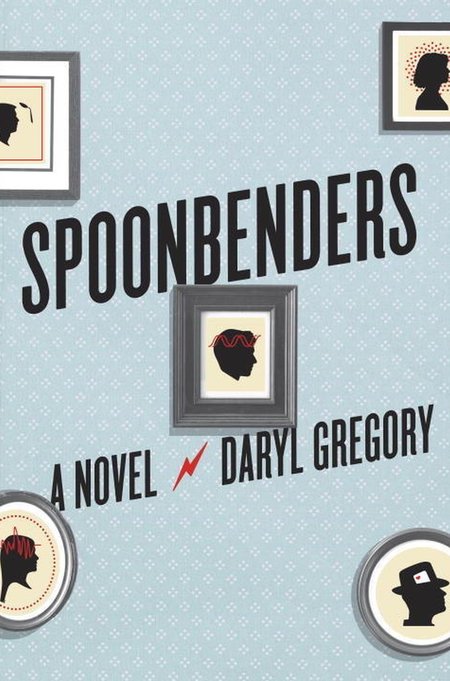 Leaving the golden age in the past, Zoltan ends by asking Horton to name some good science fiction authors writing today. Horton name-drops Daryl Gregory’s Spoonbenders and Afterparty, Yoon Ha Lee’s Ninefox Gambit (currently on the Hugo ballot for Best Novel), Too Like the Lightning by Ada Palmer, Charlie Jane Anders, and the short fiction of Dominca Phetteplace and Aliette de Bodard. For fantasy he recommends Charlotte Ashley (“A Fine Balance”), Garth Nix, and Black Gate’s own Howard Andrew Jones.

Where will the Dreamtower alight next? We’ll see with the next episode of The Literary Wonder & Adventure Show.

You can access the Literary Wonder & Adventure Show here.

Brian Murphy was one of the earliest and most prolific bloggers for Black Gate. His last review for us was the Literary Wonder & Adventure Podcast: The Golden Age of Science Fiction, Part 1.

Ahhh! Brian, you prove yet again how sometimes the obvious escapes me! 😀

As for where the Dream Tower will land next…wait and see. But I can tell you the guest will be author Becky Chambers for “Spaceships, Aliens, and AI, Oh My!” Coming at the end of this month.

Becky Chambers is a great choice, Robert. Looking forward to it!

I contacted Rich Horton and he was kind enough to provide this list of his top ten must-read Golden Age of Science Fiction stories. Agree or not, enjoy! – Robert

“Scanners Live in Vain”, Cordwainer Smith (1948, right at the end, and very uncharacteristic of the Golden Age, but still!)

“The Sky Was Full of Ships”, by Theodore Sturgeon (1947) (maybe not the greatest story ever, but the greatest last line, at least when I was 13)

I do notice a distinct bias towards later stories. Ah well … I continue to believe that the field was getting better and better all along