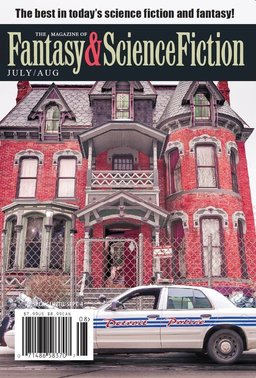 Cover art by Nicholas Grunas, based off “There was a Crooked Man, He flipped a Crooked House.”

“In a Wide Sky, Hidden” by William Ledbetter. This story gets the issue off to a strong start. MC and his companion robot are crossing the depths of space to unknown worlds looking for the MC’s sister. Not an easy task since humanity has never found a way to beat the light-speed barrier, so people have to have their body destroyed in one place and then sent to a quantum-linked box in another to be rebuilt. The MC had wanted to be an explorer, his sister had wanted to be an artist. He gave up on his dreams because robots do that work now, but she succeeded in hers, at least until she disappeared into one of the hundreds of uninhabited worlds out there and challenged him to find her. I liked this story quite a bit: short and with a great deal of depth and heart. And I don’t just say that because Ledbetter is an editor at Heroic Fantasy Quarterly either! Nor do I say it because he scored a Nebula last year!

“The Masochists Assistant” by Auston Habershaw. Young wanna-be fop Georges is a famulus to the mage Hugarth Madswom. A famulus is not quite an apprentice, and not quite a servant, more of an intern/helper. Magus Hugarth’s particular area of magical expertise is that of killing himself and then resurrecting himself — which makes him a bit of an odd-man out in the etiquette-heavy world they live in. This is one of those stories that manages to successfully navigate the grisly with the funny and make Georges’ struggles to better his station in life actually mean something. 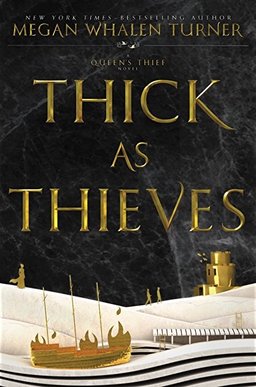 Column — Musing on Books, by Michelle West. Although she doesn’t review as many as De Lint, West goes into a bit greater detail. Books mused: Thick as Thieves (Megan Whalen Turner), In Calabria (Peter Beagle) and A Face Like Glass (Frances Harding).

“There Was a Crooked Man, He Flipped a Crooked House,” by David Erik Nelson. The stand out story of the issue, in my opinion. Downtrodden architect Glenn Washington and his none-too-bright sidekick Lennie help a crooked real estate baron flip houses in downtrodden Detroit. A house comes up that is too good to gut for parts. Too good to be true. Waaaay too good. Thing is, nothing leads where it should — go through the front door, step out the door on the back porch. Best library ever. And why are the cops nosing around? Non-Euclidian architectural petty-crime adventure, and all that implies. The story does have a few gaps and issues, but it flies ahead at an almost perfect pace, so those problems are easy to ignore (and/or miss altogether).

“A Dog’s Story,” by Gardner Dozois. Old Blackie is slowing down, but when he discovers a very fresh murder he has the guts and the senses to pursue the killer. At four pages, this story is just big enough to hold together, an easy short read that is worth it.

“I Am Not I,” by G.V. Anderson. In this fantasy story strangely modified humans called Varians pay good money for bits and pieces (sometimes whole specimens) of non-modified ‘saps’. The MC, a sap born to a wealthy family and passing with the aid of surgeries, is looking for a job and/or a score. This was a noble attempt, but it didn’t do much for me.

Nonfiction Science Article — “With the Best of Intentions,” by Pat Murphy and Paul Doherty. An article about bumblebees and the threats they face — from habitat destruction to insecticides to climate change. A good article, although a little on the depressing side, as such things often are. 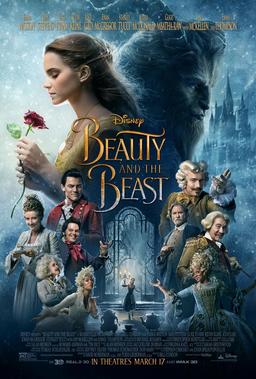 “Afiya’s Song,” by Justin C. Key. … so… I try my best not to let my editor experience at HFQ color my reviews too much, but this time I failed my willpower role. A kind of alternate-history story of a slave uprising in the Deep South, centered around one Afiya, a young black woman who, through song, can channel ancestor magic. It is well written, and the subject is a unique take on things, but… by now I’ve read dozens of stories where young protagonist is shunned because of the Power and finally after enough indignities and injustices gives in to the Power and some people are made to regret their choices. Is that how “Aifya’s Song” goes? Maybe, maybe not, but I didn’t stick it through to find out. I will say two things, just because I didn’t like it doesn’t mean it might not be good, or throw a few curveballs, AND that while I would have rejected it from HFQ it found a home in freakin’ MoF&SF.

Poem — “Northwest Cruise,” by Sophie White. A good poem about just how hard it is to try to imagine an area before all the human infrastructure was in place.

“An Obstruction to Delivery,” by Sean Adams. This story, about demoralized postal workers who make their rounds via underground catacombs and must deal with each other’s oddities, the mayor’s disdain, and a postal-worker devouring monster, manages to hit just about the right tone that a story dealing with such things needs to hit. For me it is often very hard to get into the swing of that kind of Douglas Adams ludicrous type of tale, but this one managed to do it. And, by and large, it was worth it.

“An Unearned Death,” by Marissa Lingen. Osrith is a messenger of the gods, whose job is it to determine which god claims the souls of the soon-to-die. Thing is that if no gods choose you, you kind of don’t really die but you keep dying.

The boneyards were her least favorite part of the countryside. Cemeteries she loved, cemeteries were restful and well-tended. The boneyards, filled with the barely living remains of those the gods had rejected, felt like a personal failure to her.

She goes to a farm where an incredibly unpleasant woman is quickly fading. The family won’t admit it, but they can’t wait for her to go, but everybody — incuding the old woman — also knows that none of the gods would want her in their eternal halls. It is an interesting logic puzzle, trying to find someone in the pantheon that can be convinced to take her. I’m gonna recommend it.

It is hard to say at this point if I’ve read more “modern” science fiction magazines, or more retro (pre 1980) magazines… with my Quatro-retro-decadal-review. It is probably 50/50 at this point. I have to say that one of the things that’s jumped out at me between the old and the new is that there is no internal artwork at all in the July/August 2017 MoF&SF. It doesn’t make a lot of difference to me, but it does jump out a bit… the 11/69 MoF&SF had very little internal artwork as well, so maybe they are just continuing the trend.

Adrian Simmons is an editor for Heroic Fantasy Quarterly. His last article for us was a Retro Review of the November 1969 issue of Galaxy Science Fiction.

[…] Sale (Black Gate) Companion Robots, Grave Robbing, and Monster-haunted Catacombs: July/August 2017 Magazine of Fantasy… — “I try my best not to let my editor experience at HFQ color my reviews too much, but […]

[…] Sale (Black Gate) Companion Robots, Grave Robbing, and Monster-haunted Catacombs: July/August 2017 Magazine of Fantasy… — “I try my best not to let my editor experience at HFQ color my reviews too much, but […]