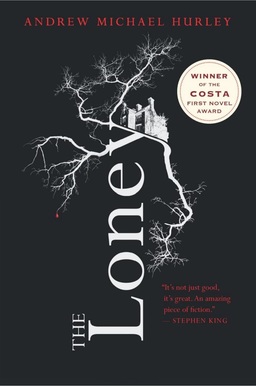 Faith damages even its most ardent adherents. In no other work of literature have I learned about this more than The Loney by Andrew Michael Hurley. Critics have hailed it as a masterpiece of Gothic literature. For those who balk at the categorization of modern books as “classics, I guarantee that once you read The Loney, your first thought will be, “Why wasn’t this written earlier?” It would have likely had a similar reception in the 1970s, the decade in which the story begins.

Smith, who never reveals his true name to the reader, comes from a troubled family. His brother Hanny has been mute for most of his life. Despite his shortcomings, Hanny gets through the day with help from his dearest companion, his brother, and the language they share with various inanimate objects.

However well Hanny goes about the business of living, their mother seeks to cure him of his muteness. Every Easter the family, accompanied by their faithful congregation, takes a pilgrimage to the unbearably bleak coast of Lancashire where there exists a holy shrine. When the family decides once again to visit the desolate coastline in order to elicit a cure, they descend into a waking nightmare so haunting, it may stay with you your whole life.

Hurley has a masterful way of introducing his readers to the superstitions that have governed the lives of believers for generations. He instills them into the flesh and bones of the inhabitants of the Loney. Readers with a keen eye for foreshadowing may glean the intentions of the villagers that the family first encounters with the ease of seasoned detectives. But even so, their machinations and the way in which they go about fulfilling their sacred duties has the power to gut you.

So, too, does the story of Father Wilfred, the former head of the family’s congregation. Hurley renders the man’s dissolution of faith after bearing witness to the effects of a traumatic ordeal with breathtaking clarity. It becomes a stark commentary on the silence of the divine.

Silence acts as the novel’s principle theme: the silence of the mysterious house in which the family stays, shrouded in unspeakable horrors distilled in their purest form; the silence of Hanny, forced to participate in the degrading ritual meant to cleanse him of his muteness; the silence of Father Bernard, the new head of the the congregation, on the death of his predecessor and his own past. That he calls Smith ‘Tonto,’ faithful companion of the Lone Ranger, acts as its own form of silence. Though he acts as the devoted companion of his brother, Smith can never rid himself of feeling helplessly alone in his conviction of the Loney’s unholy power.

The bedlam that befalls the family, specifically Hanny, may convince you of Hurley’s anger at the absence of the divine. But the moments of tenderness take your breath away just as much. Having a brother on the Autism spectrum who seldom speaks, I am accustomed to communicating with him in our own language, cultivated by years of understanding and faithful companionship. I imagine readers will savor the sweets moments between the brothers as a welcome reprieve from this astonishing and sobering meditation on the presence of faith in our lives and what drives us to explore the most primal roots of its existence.

Zeta Moore’s last review for us was Christopher Nolan’s Dunkirk. She is exploring work in care for individuals on the autism spectrum, and nerding out when she can.

This book sounds like a powerful portrayal of unmet expectations, which can be quite painful. But what’s up with this line?”Faith damages even its most ardent adherents.”

Thank you for pointing this out to me. This was written in appalingly poor taste. It should be: “Faith, in the context of The Loney by Andrew Michael Hurley, can sometimes damage its most ardent believers.” Or maybe not at all. My apologies for any and all offenses.

This novel most be counted as one of the most potent yet nuanced critiques of christianity in modern genre fiction.

No offense taken. The logician in me flinched at the fallacy of hasty/faulty generalization. 🙂