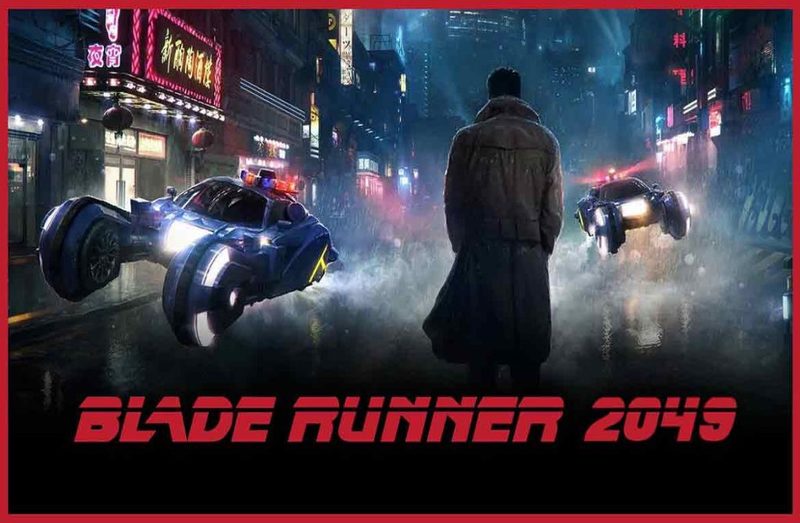 I was super excited to see the new Blade Runner 2049 trailer released this week, partially because I was curious to see how much if any actual running Harrison Ford would actually be doing.

Okay, don’t look at me like you weren’t wondering exactly the same thing.

Turns out, there was more than one item to discuss in this latest look into our dark futures.

First, Mr. Ford does do a bit of a hustle at the 1:41 mark, which incidentally was not bad for a 75-year-old man. Next, Jared Leto’s Wallace character is sufficiently creepy with those cataract contact lenses. And apparently you make the future even more futuristic with 3-story-tall, sexed up holograms – who knew?

But what is really giving the fan girls and boys fits is the possible Easter egg at the 15-second mark.

If you’re like me and load up your calendar as soon as possible, with all the upcoming movie releases you can’t wait to see, then you’re already well aware that both Ridley Scott’s Alien: Covenant and Denis Villeneuve’s Blade Runner 2049 are being released this year and you likely also know that both franchises started off as Ridley Scott films.

Both sci-fi classics deal with the idea of androids, and there are various little hints throughout Scott’s work that suggest both films may actually exist within the same universe. 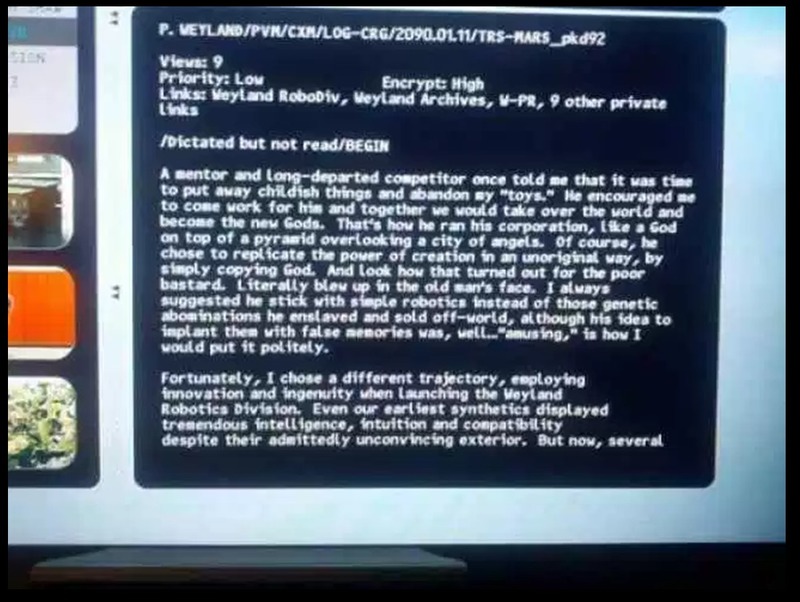 For example back in 2012 some eagle-eyed fans noticed that a bonus feature attached to Prometheus, plucked from Peter Weyland’s diary, seems to link Weyland to Eldon Tyrell, the Blade Runner character responsible for creating the Replicants.

But this week fans believe they spotted an Engineer from Alien prequel Prometheus in the new Blade Runner 2049 trailer, and having slo-mo’d through it several times already, I tend to agree. Towards the beginning of the trailer, we see several humanoid-like beings in glass cases, presumably inside the walls of the Tyrell Corporation – and one of them sure looks a whole hell of a lot like an Engineer.

Check out the 15-second mark:

What does it mean?

Probably nothing except to give us more reasons to virally promote both films. But still, kind of cool don’t you think?

Have your own fan theories? You know you do so why not post them here or drop a line to sue@blackgate.com.

As if this wasn’t complicated enough, about 10-15 years ago, one of the screenwriters for Blade Runner wrote and directed a movie called Soldier (starring Kurt Russell if I recall correctly). In one scene he had a junk-yard of old space trash. He deliberately chose to include a Bade Runner-style flying car in that junk-yard as a way of suggesting his movie took place in the same universe as Blade Runner.

That means that (theoretically) the is a single science fiction movie universe that includes, Predator, Predator 2, Predators, Blade Runner, Soldier, Blade Runner 2049, Prometheus, Alien vs Predator, Aliens vs Predator: Requiem, Alien, Aliens, and Alien: Covenant. Some people might even add 2 more movies to that list, but I tend to argue no movies could actually be as bad as those 2 movies, therefore they can not exist.

Amy,
Ok now you (and the future) are freaking me out entirely… Thanks for sharing.

The two trailers have given me hope that this will be a fitting sequel. The look of Blade Runner was central to the movie’s essence.

The Philip K. Dick novel that ‘Blade Runner’ is based on, ‘Do Androids Dream of Electric Sheep’ (the ‘DADES’ acronym never caught on…) is a scifi novel. I’ve read it twice and don’t really think of it as a hardboiled private eye book (it wasn’t entirely uncommon in the genre to have a policeman as the protagonist). And I didn’t think of it as noir at all while reading.

However, when you add the visual component of ‘Blade Runner’ to Dick’s story (and a few script changes), I think you do have scifi noir. Perhaps the best we’ve ever seen.

Not exactly related to Sue’s post, but I love to talk about BR.

Double B: Mr. Goth Chick can talk about VR and DADES all day long so I understand the fascination…whether I want to or not.

I have read the book and I agree the movie was got “Ridley’d”, I enjoyed them both though.

And thank heavens they didn’t at any point along the way, try to make a sequel out of K.W. Jeter’s official novels:

That would have been horrific.