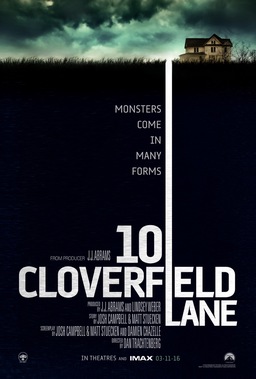 In January of this year we reported how J.J. Abrams was up to his old guerrilla marketing tactics again when 10 Cloverfield Lane was not only announced, but also came with a trailer and a release date only a few months later in March. The pseudo-sequel to the 2008 found footage sci-fi/horror film Cloverfield was a box office success, even garnering some serious if fleeting Oscar buzz for John Goodman.

Because 10 Cloverfield Lane reignited fan interest in the franchise (and made such bank), it was pretty much a done deal that there would be another entry in the Cloverfield universe. However, given that it was eight years between the first and second installments, no one was exactly holding their breath.

Then in October it seemed that we should have been, when The Wrap revealed that the next film in the series was already in production — and had a title and a release date: God Particle; ETA February, 2017

However, literally before I could bring you the news, the top secret film directed by Julius Onah, was pulled from the schedule.

Now this week comes word from Paramount Pictures’ PR branch that they plan to release a new Cloverfield movie in theaters (and IMAX) on October 27, 2017.

And with that we now have a mystery on our hands.

Is this third Cloverfield movie opening in October actually God Particle that has been delayed eight months, or is it an entirely different sequel that was secretly shot right under our noses with God Particle just another one of Mr. Abrams’ classic bait-and-switch diversions? And if not, what happened to God Particle?

Here’s what we do know:

We were less than three months from the publicized release of God Particle and had yet to see a single piece of marketing for the film. Though things were cut nearly this close for 10 Cloverfield Lane, there were “leaked” stills from production earlier than three months out. 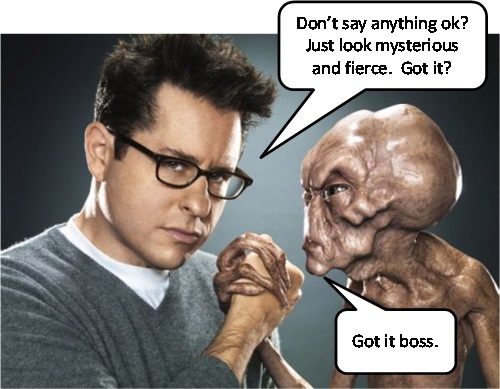 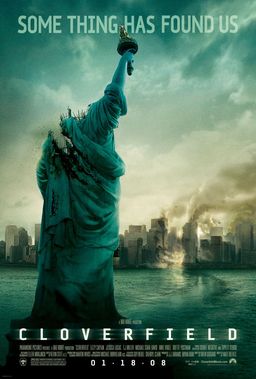 The film being released in October is rumored to take place entirely in space. As a matter of fact, back during the promotional campaign for 10 Cloverfield Lane, a space station audio file was discovered by a proactive fan. The story is said to follow a group of astronauts who get stuck aboard a space station when the Earth disappears as the result of a scientific experiment gone wrong.  Confronted with a “terrifying discovery that challenges all they know about the fabric of reality,” the crew must determine if an approaching space shuttle is filled with friends of foes.

Most telling of all is this; type in “God Particle” in IMDB and you are directed not to a file for the movie, but an entry entitled Untitled Cloverfield Anthology Movie listing Julius Onah as the director along with the same list of actors supposedly attached to God Particle.

Conclusion? God Particle may (or may not) have been a working title for a Cloverfield-related movie that likely was never going to be released in February, but generated copious amount of buzz and speculation as to whether or not the storyline would be a blood-relation sequel or just a cousin like 10 Cloverfield Lane.

I also think Abrams may (or may not) have been poking a little fun at Ridley Scott’s upcoming is-it-or-isn’t-it-an-Aliens-prequel Prometheus installment.

Further web speculation notes that while neither of the previous Cloverfield films have been direct sequels there is a connection that holds them all together and perhaps this new installment, whatever it is, will add more to the overall narrative cohesion.

Given Abrams’ past experience on a variety of hit TV series’, The Force Awakens director could be attempting to instill the Cloverfield franchise more of an episodic feel. Traditional sequels typically follow one another, but the plan for Cloverfield could be to create something in which each installment gives away fragments of the overall puzzle at a time. The discoveries made during God Particle could answer important questions about the origins of the monstrous life forms that have plagued previous two films.

The one upside to having a longer wait for Cloverfield III’s release is that there will be more time for the guerrilla marketing campaigns that have become a signature with this franchise. Both Cloverfield and 10 Cloverfield Lane had campaigns that made fans active participants in the ongoing Cloverfield puzzle – and a few more months to tease us with misdirection’s and “what if’s”, might be precisely what Abrams had in mind all along.

So what do you think is going on?  Are you going on an internet quest to find the Easter Eggs which Abrams will likely start laying all over the place, whipping fans into a frenzy of priceless marketing speculation?  Post a comment or drop a line to sue@blackgate.com.