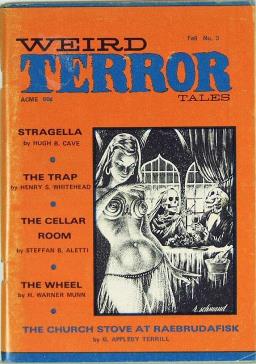 Time to come clean! When I published Part 1 of my review of Merlin’s Ring last year, it was not because the article was so massive that it had to be broken down into smaller parts. Rather, it’s because I was unable to finish the book promptly, and soon enough unforeseen circumstances left me deprived of my copy, wondering what happened to Gwalchmai and Corenice. John O’Neill suggested I proceed with what I had, and commit to completing the review later.

A replacement book was not an easy find. Mr Munn’s works are like hens teeth where I live. Honestly I have only ever, quite recently, come across one in a second hand book shop – alas it was The King of the World’s Edge, which is the book that caused me to seek out Merlin’s Ring in the first place!

Well, thanks to the internet and a service called Alibris, I finally received a replacement volume from Floridas. Not in as good a nick as my previous, pristine volume, but it is the first printing Ballantine version, which I suppose is something.

Part 1 of my review left off where Gwalchmai had joined forces with Joan of Arc, and became part of the army set to liberate Orleans. One has to appreciate the admiration for St Joan that Mr Munn must have had. His passion for the subject is strong, and the resultant detail a joy to read. My own knowledge of Joan of Arc has (until now) been somewhat sketchy. Pretty much the basics: when she lived, that she was burned as a heretic, and there have been a few recent movies about her.

While I can’t say whether Munn’s account is historically accurate, at least the recent movies have acquainted me with the subject of Joan of Arc. Munn’s Secondary characters are detailed and believable, with small quirks that can easily be believed. One example is Master Jean, the best marksman in France when it comes to the “hand cannon” (predecessor to a harquebus). The secret to his skill is cleverly woven into the plot, something rather mundane by today’s standards but so revolutionary, and risky, for a gunner in those days.

H Warner Munn spends the latter fifth of the book exploring Gawlchmai’s exploits in the era of Joan of Arc. Interestingly, St Joan is not an incarnation of his beloved Corenice, albeit there is a tenuous link to her. Subsequent to her capture, trial and immolation, Gwalchmai finds himself at a loose end. Tired of life and with no new cause to fire him, he ends up in the employ of one of St Joan’s ardent supporters, the Baron Gilles De Rais. France is still under the yolk of the English. Baron de Rais, Gwalchmai and a small group of followers embark on a propaganda campaign to win peoples’ hearts and continue the cause.

This campaign, which is moderately successful, costs the baron dearly, and eventually he becomes bankrupt. The group departs to his last remaining holding, the fortress of Tiffauges, where they plot their next move. But there is skulduggery afoot, not all is as it seems.

I won’t dwell on the nefarious end the baron faces, nor its tie in to earlier Gwalchmai escapades. Suffice it to say that our hero, brought much down to size and very tired of life, is encountered again, years later! The novel begins to wrap up here, and it’s is only a matter the time before Gwalchmai is reunited with Corenice (or not), something I will leave to the curious reader to discover for themselves.

Is this the end of H Warner Munn’s Merlin cycle? While Merlin’’s Ring certainly sees the end of Gwalchmai’s involvement, and a follow up story was never published — and given the fact that the author passed away long ago — one would think so. But there are rumours.

Some searching on the internet reveals talk of a “lost” volume called The Sword of Merlin. I cannot say what truth there is to this, but to quote one article:

During his last years Munn lived in Tacoma, Washington in a house he had built himself. He did his writing either in his living room or in the attic room that constituted his library. During this time he was working on an additional volume of the Merlin series to be called The Sword of Merlin, which he did not live to finish.

Scanning Darrell Schweitzer’s Discovering Classic Fantasy Fiction at Google Books reveals that it also includes a reference to The Sword of Merlin. Alas, the preview does not cover the relevant page, and I don’t have a copy. 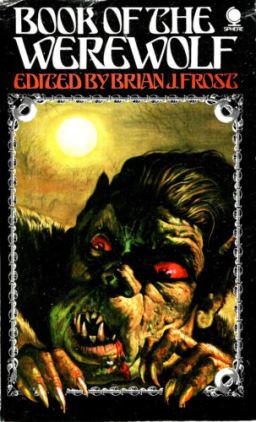 No doubt many fans, including yours truly, would love to see the book make it into print, much in the lines of the fairy-tale like discovery of the lost (but vital and most entertaining) Tumithak story, “Tumithak and The Ancient Word,” which messrs O’Neill et al unearthed and published here at Black Gate.

One lives in hope…

H Warner Munn was possibly most noted for his werewolf stories, which were recently reviewed here by Christopher Carey.

Other than these collected werewolf works, which also saw some individual publication in various anthologies, and the few full length novels, most of his remaining works were short fiction. Quite a large portion of his later short fiction found a home in Weirdbook, which published stories such as “Out of the Night” and “Return of the Spy.”

A number of his other short stories have been reprinted, often numerous times, in magazines past and present.

My search for other Munn works will continue. At present the one story I would really like to lay hands on is “The City of Spiders.” However, that one only appears to have been published twice, in the November 1926 Weird Tales, and Famous Science Fiction, Fall 1967.

The other story that intrigues me — and which has proven easier to obtain — is “The Caves of Stygia,” which is one part of the intriguing colection Ghor Kin Slayer, available from Necronomicon Press.

I you’ve enjoyed my reviews of H Warner Munns’ works. I’ve certainly enjoyed writing them. Not only do his books contain wonderful prose, but all that background research has set me on the trail of several delighfully intriguing and interesting books.

Tony Den’s last article for Black Gate was A Neglected Classic from the Golden Age of Sword & Sorcery: H. Warner Munn’s Merlin Cycle. His personal website is at www.runequest.za.org