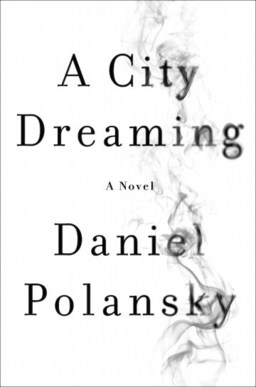 Daniel Polansky is a writer on the move. His novel Low Town was called “A fantasy-crime hybrid with serious noir chops… festooned with sorcerers and demons in a pre-industrial otherworld setting” by the Winnipeg Free Press, and his Tor.com novella The Builders was nominated for a Hugo Award.

His newest novel, in which a powerful magician returns to New York City and reluctantly finds himself in the middle of a war between the city’s two most powerful witches, was released in hardcover from Regan Arts earlier this month. David S. Goyer, screenwriter for the Dark Knight Trilogy and Man of Steel, says “Imagine a mash-up of Trainspotting and Harry Potter and you might end up with something as wonderfully gonzo as A City Dreaming.”

“It would help if you did not think of it as magic. M certainly had long ceased to do so.”

M is an ageless drifter with a sharp tongue, few scruples, and the ability to bend reality to his will, ever so slightly. He’s come back to New York City after a long absence, and though he’d much rather spend his days drinking artisanal beer in his favorite local bar, his old friends — and his enemies — have other plans for him. One night M might find himself squaring off against the pirates who cruise the Gowanus Canal; another night sees him at a fashionable uptown charity auction where the waitstaff are all zombies. A subway ride through the inner circles of hell? In M’s world, that’s practically a pleasant diversion.

Before too long, M realizes he’s landed in the middle of a power struggle between Celise, the elegant White Queen of Manhattan, and Abilene, Brooklyn’s hip, free-spirited Red Queen, a rivalry that threatens to make New York go the way of Atlantis. To stop it, M will have to call in every favor, waste every charm, and blow every spell he’s ever acquired—he might even have to get out of bed before noon.

Our previous coverage of Daniel Polansky includes Those Below, the second book of The Empty Throne, Low Town, and The Builders.