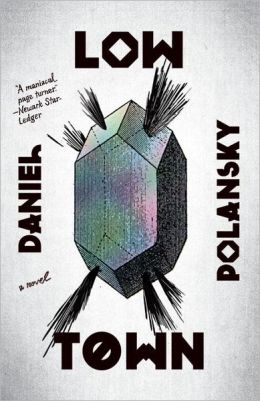 One of our most popular articles in 2012 was Matthew David Surridge’s brilliant “The Enjoyment of Fantasy: Open Letters to Adam Gopnik, Mur Lafferty, and John C. Wright,” the latter part of which he spends taking Wright to task for some of his criticisms of Low Town. Matthew’s points are many and varied and I’m not going to summarize them here. I will admit, however, that after reading his article, my first reaction was, “What the heck is Low Town? It sounds kinda cool.”

In the forgotten back alleys of Rigus, the finest city of the Thirteen Lands, sits Low Town. Here the Warden —  forgotten war hero and independent drug dealer — protects his turf. However, the Warden’s life of drugged iniquity is shaken by his dis­covery of a murdered child down a dead-end street… set­ting him on a collision course with the life he left behind. As a former agent with Black House — the secret police — he knows better than anyone that murder in Low Town is an everyday thing, the kind of crime that doesn’t get investi­gated. To protect his home, he will take part in a dangerous game of deception between underworld bosses and the psy­chotic head of Black House, but the truth is far darker than he imagines. In Low Town, no one can be trusted.

I’m intrigued. And while both Matthew and Wright seem to argue that Polansky doesn’t necessarily understand fantasy, it seems to me he’s grasped the basics just fine: he’s already written a sequel, Tomorrow the Killing, published in October 2012. Our man Myke Cole posted the following mini-review on Goodreads:

Polansky does it again. As with Mark Lawrence with King of Thorns, he shows progression as a storyteller with an even more twisted plot, more compelling and sympathetic character voice and more engaging setting.

Anybody who plugs Mark Lawrence in a one-sentence review has my immediate confidence. I purchased a copy of Low Town last month, and hope to check it out soon.