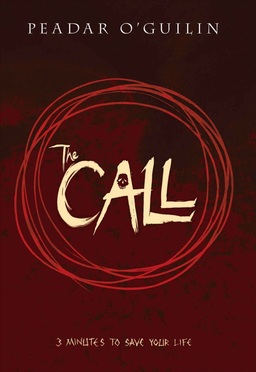 A few weeks ago I read, nay, inhaled Peadar O’Guilin’s The Call. Peadar and I are friends and fans of each other’s work, but I went into this one not having a clue about what it was. I knew the manuscript was YA, and had elements of horror.

What I discovered was a novel absolutely deserving of the hype it has received — a dystopian YA story about a fractured society, with heroic teenaged protagonists who are realistic AND don’t whine. There are moments of chilling otherworldly horror owing to the frequent presence of the fae folk, the force behind the terrible situation facing these Irish children. And there’s excellent pacing and characterization, and growth…

But this isn’t a review, it’s an interview. After devouring the novel I naturally had questions about how it was composed, and since I knew Peadar I asked him if I could take those questions and his answers public. I did my best to avoid spoilers, although there might be mild ones ahead. 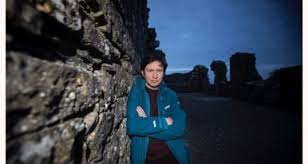 Howard: What drew you to the fae? Are they a subject you’ve always been interested in?

Peadar: I’ve been writing about them in short stories for a few years. I’ve been fascinated by the fearful respect that surrounds them more than anything else. Everybody wants to leave them alone and to never ever provoke them. In my grandmother’s time, people were still leaving out bowls of milk for them, and even in recent years, an entire road was diverted to avoid knocking down one of their trees.

Where did you take your inspiration for how you present them? I’ve read more than my fair share of horrific fae stories, but don’t recall every running across that business of not letting them touch you. Was that yours?

I added that in, yes. It’s certainly not part of the legends. It originally came up in an earlier story of mine called “Fairy Gold”, where even entering their world left mortals in danger of losing their shape unless they had a piece of gold about their person. I’ve adapted it further since, making it a special power of theirs. 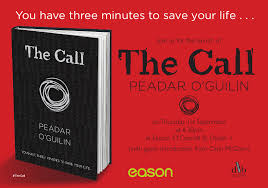 I want to either commend or shun you for the creation of truly inspired horror. Without spoiling anything, is the depiction of, er, other creatures and garments in The Call based on myth and legend, or is that you?

Again, that’s me. I’m sure I got a lot of inspiration from artists like Bosch and the like!

Horror is one thing, but it wouldn’t be remotely interesting if you didn’t make us care about the kids in this situation. You did a wonderful job bringing them to life. Do you just have an excellent memory for what it was like to be a teenager?

My inner teenager is still very much alive and well inside of me. I have grown a few crusty layers over him that stop him from doing anything other than gasping in revulsion at the cynicism of the adult world, but he’s definitely there. I think for most people, the teenage years are the time of their lives when their feelings are the most intense and it leaves an indelible mark. It’s why, I think, so many adults can enjoy YA. 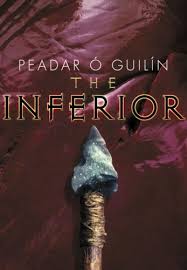 I loved that while your main protagonist was physically challenged you presented her not as a type, but as a person, one whom we quickly grew to respect. Is positive depiction of the disabled one of your goals? I couldn’t help but be reminded of your protagonist in The Inferior, who had challenges of his own.

It’s not one of my goals, but I’m glad it happened in both of those stories. I love Nessa and I wouldn’t want anybody to think of her as anything other than herself. The polio lengthened the odds against her, but like any other hero, she’ll fight and fight until the scales start tipping the other way.

Speaking of The Inferior and its sequel, The Deserter, what have you been doing since those books came out?

Those books didn’t sell very well, unfortunately, so I had to self-publish the final volume in the trilogy, The Volunteer. The last thing I wanted was for people who had bought the first two to feel I had abandoned them without a conclusion. Just before that, in order to figure out how to do it, I also self-published a short story collection titled Forever in the Memory of God and Other Stories. I consider myself very fortunate that The Call got picked up about a year later. Publishing involves a lot of luck.

Are their sequels planned for The Call?

Just one. I still don’t have a name for it, but the story is halfway there.

You can find The Call just about any place that sells books, but here’s a quick link to Amazon. Here’s Peadar’s web site, and if you want to read some reviews, just pop in his first name and the book title and prepare to be impressed — although you might get a few spoilers along with the praise.

Peadar O’Guilin has been writing curious stories for as long as he can remember. One of his school reports claimed that he had “a talent for communication, which he abuse[d].” Since then, he has written plays, published short stories, and performed as a standup comedian. He has taken part in a project to translate the Linux operating system into Irish and is fluent in French and Italian. Peadar lives in Dublin where he works for a giant computer company. His first book The Inferior was also published by David Fickling Books. You can learn more about Peadar and his work at Frozenstories.com.

[…] here’s an interview I held with the talented Peadar O’Guilin about his new novel, The […]