After the launch of his newest book a few weeks ago I asked writer Michael J. Sullivan if he could spare some time to talk about his writing process. In addition to being talented, Michael also happens to be one of the humblest and kindest writers it’s been my pleasure to meet. It’s my pleasure to turn the blog over to him.

I recently released Age of Myth, the first novel in my new series. It’s the one with the big tree on the cover. Since people ignore advice, and nearly everyone actually does judge books by their covers, it’s a good thing for me that trees appear to be popular (no pun on poplar intended… okay maybe it was).

My first series The Riyria Revelations is six books long. This new series was supposed to be a trilogy. You’ll note I used the word supposed in that sentence. When I write a novel it almost always tops off around the 100,000-130,000 word mark (around 375-450 pages). I don’t plan it that way — just happens. It’s the length I need to tell a self-contained tale. Apparently I also have a set number when it comes to how many books it takes to write a series. You guessed it, my trilogy grew to six books long (okay, you had help from the post’s title). No, the publisher didn’t make me expand it, and Peter Jackson had nothing to do with it. The story takes place during a great war, but the story stopped before all the conflicts were over. I had a suspicion readers weren’t going to like that. I didn’t either. Quitting before the war was 100% resolved felt unfinished.

When I create a series, I treat it as one big story and as a result, I don’t release — don’t even show the first book to my publisher — until they’re all written. To me to do otherwise would be tantamount to releasing a book chapter-by-chapter, making it impossible to go back and rework earlier sections as cool ideas come up further down the road. (I’m unusual — downright odd in writing this way — so don’t try this at home.) 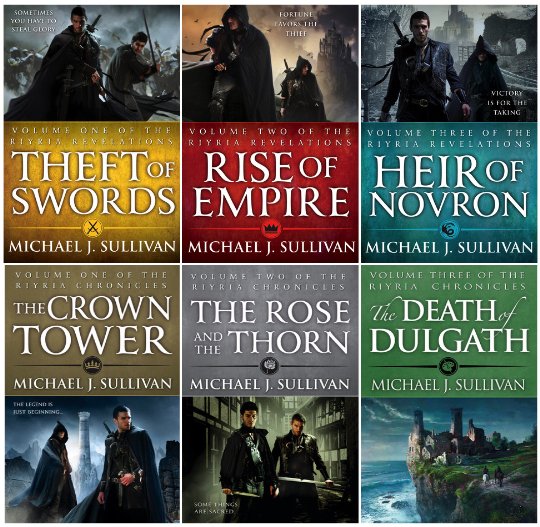 Anyway, I discovered this problem — the three morphing into six — as I was finishing up the third book. That’s not good.

Imagine planning a trip from New York to Chicago, then realizing somewhere around Akron that you’re going to continue on through to Los Angles. The first problem you realize is that you don’t have enough gas. The second, you didn’t pack enough (you only have two pair of socks and not a single Hawaiian shirt!) and, perhaps worst of all, you don’t know how to get to L.A. You never planned a route, because you hadn’t imagined you’d be going beyond the Windy City. 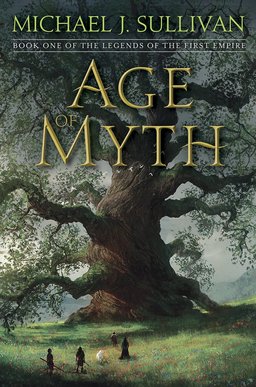 Two options come to mind: go home and start over or keep going and try to survive off of what you find in the seat cushions. This brings me to the point of this article: when writing, leave hooks.

Maybe there is a better “industry term” for this; I just named them that because I consider them places where I can hang story threads. It’s also one of the ways I can keep my rewriting to a minimum. Once again, this might just be the way my brain works, but I’ve found the technique helpful and maybe others will as well.

What this means is that I add things that could be reused. I write something that could go somewhere, a character, an item, a place that is brushed by and mentioned with interest but not deeply explored. Then, later, when I need to hook the story back around to weave it tighter, I remember those loose threads, and tie them up. (In the cross-country driving metaphor, it’s the quarters and dimes left in the armrest and under the seats that can be used to pay for gas. Keep in mind, I’m old enough to remember when this was literarily possible.)

With my first series, The Riyria Revelations, I tied up almost all my threads. I wanted it to have a clean ending, still I purposely left a couple of intriguing threads, or ‘hooks’, available. Backdoors where I could pass through in the future if needed. I did the same with the first three books of Legends of the First Empire. In other words, on that trip from NYC to Chicago, I over-packed.

Looking through the trunk and backseat I found everything I needed and more. I didn’t have to go back and start from scratch. I merely picked up a few things (more socks) and carried on. What if you don’t use these hooks and loose threads? That’s okay; they can make a story feel more realistic because not all roads are fully explored either in life or fiction, and sometimes, when you need to extend your trip, an unexplored road is just the thing you need to get where you’re going.

Michael J. Sullivan’s works have sold more than half a million English language copies, been translated into thirteen foreign languages, and appeared on more than one hundred “best of” or “most anticipated” lists including those compiled by Library Journal, Barnes & Noble, Goodreads, and Audible.com.