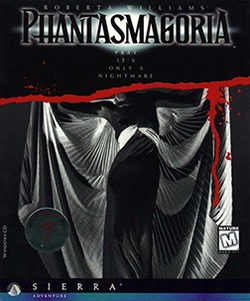 As you know (or can guess) I have publicly declared Phantasmagoria, the horror-themed video game by Sierra On-Line, as one of my all-time-favorites to this day.

Why you ask, when the quality of today’s gaming experiences are movie-like, compared to which Phantasmagoria’s live-actor-against-computer generated-background appears fairly cheesy?

To start, I’ll re-share some stats that my buds over at Bloody Disgusting dug up as part of their own Happy Birthday tribute.

Back in the ‘90’s when point-and-click adventure games reigned supreme, LucasArts and Sierra were the “Nintendo and Sega” of the era. And Roberta Williams was Sierra’s wunderkind; the designer responsible for a number of hit franchises like King’s Quest, Mystery House, and The Colonel’s Bequest. But in spite of the many titles that Williams worked on, she’s said that her sole entry in the horror genre, Phantasmagoria, is her favorite.

Phantasmagoria to this day remains one of the biggest spectacles of gaming. No expense was sparred and the game sprawled across 7 CD-ROMs due to the heavy amount of FMV (Full Motion Video).

Williams wrote a 550-page script for Phantasmagoria, (a typical movie screenplay is around 120 pages, as a point of reference), which required a cast of 25 actors, a production team of over 200 people, took two years to fully develop and four months to film. Phantasmagoria’s initial budget was $800,000, but by the end of production costs had hit a staggering total of $4.5 million (with the game also being filmed in a $1.5 million studio that Sierra built specifically for it).

The game’s graphic violence (and I do mean “graphic” – in some cases disturbingly so) and content also led to some controversy. Phantasmagoria was attacked by a number of people, refused to be carried by some retailers, and was outright banned altogether in Australia due to their censorship laws. Unsurprisingly, all of the red tape around the game just made horror fans crave it even more.

In spite of Sierra’s many gambles, Phantasmagoria was a huge success, bringing in over $12 million in its opening weekend alone and being one of the bestselling games of 1995. To go one step farther, Sierra’s stock rose from $3.875 in June of that year to $43.25 by September which is just insane, primarily due to the anticipation and impact of Phantasmagoria,

So, it’s with a bit of “what took so long?” that I can now report Phantasmagoria is headed to the big screen… maybe. 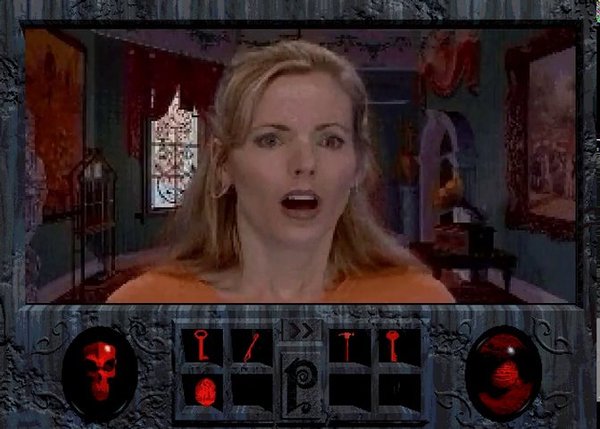 Black Castle Productions is an independent production company that “aims to fill the gap between low budget indie features and tent-pole studio films” according to their website. Launched in 2013 as a partnership between, Producer Sabrina Cooper, Producer/Director Stacey Haid and Cinematographer Jeremy Noggles (all of whom have mostly TV cred), it has a base of operations in New Orleans and will aim for film productions between $5-10 million.

When Sierra was dissolved by Activision back in 2008, it left its properties to be bought and sold, and Black Castle Productions scored Phantasmagoria in June of 2013, marking its first production as a studio. Like the game, Phantasmagoria: The Movie will follow Adrienne Delaney and husband Donald Gordon as the two move into a mansion previously owned and now haunted by an eccentric 19th century magician.

As a huge fan of the game when I was in high school, we are all very excited to bring this film to life. We have taken what was great about the game and tweaked it just a bit. The changes we made were not only to help it cross over to film but also to update it for today’s audience who might not know about the game. We also have a few surprises up our sleeves, some things that actually have never been done before in our industry! Like I said, as fans of the game, we are all pretty excited about this project.

Though the film is still in very pre-production, some casting has been announced such as Kelly Overton (True Blood) signing on to play Adrienne, Matt Dallas (Kyle XY) as Don and BAFTA winning actress Miriam Margolyes (Harry Potter, Babe) as Harriet – the disheveled vagrant living in the barn of the mansion’s estate.

According to Black Castle’s Facebook page, a post dated February 9th states, “We are still trying to secure the last $1.5mil in order to go into production. Until we can secure that, we cannot move forward. We will keep you posted once financing is fully secured!” 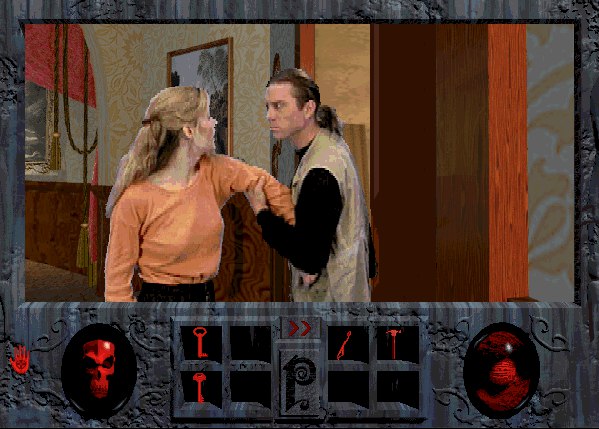 There is only one other post since then, which is a link to Bloody Disgusting’s birthday article so nary a peep in six months regarding the funding, which is a pretty large “maybe” if you ask me.

Still, we can hope that the film will eventually see the light of day and if it does, that it will be at least as interesting as its source material.

Want a little trip in the way-back machine to see what I mean? Here is a complete, uncensored walkthrough of Phantasmagoria. You can fast-forward to the icky parts…

Have a question, comment or reminiscence about the hours you spent trying not to die a horrible death in Phantasmagoria? Post it here or drop a line to sue@blackgate.com.

One memory that stands out to me is trying to keep that poor lady’s head from being split by a swinging pendulum-blade, and failing, over and over again. In a way, it seems hard to translate this kind of game into a movie, because you necessarily lose the what-ifs to a linear plot. The fact that the lead actress could die a horrible death at various crucial moments added a lot of tension.

I am embarrassed to say that I died so many times in Phantasmagoria (as well as Phantasmagoria II: Puzzle of Flesh) that I got a real good look at every gruesome death seen – multiple times.

I agree that this could lose something in translation to the big screen – but come on, you know you’d go anyway.