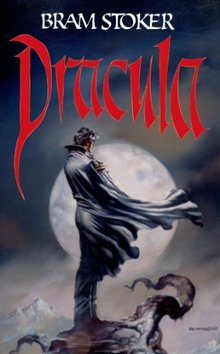 I don’t think there’s anyone in the Fantasy and SF community that isn’t familiar with this concept (I first came across it in a Heinlein novel) but just in case: There’s a point at which all the necessary components to allow for an invention to flourish are in existence, and at that point – and not before – the invention takes off.

In other words, when it’s time to railroad, everybody railroads. It explains in part why so many inventors seem to file patents within weeks or months of each other, and why so many different people are credited with being the first one to invent something.

Look at it this way, Leonardo da Vinci is credited with the invention of numerous devices he didn’t actually build and/or wasn’t able to build, because the supporting industry, or the supporting technologies weren’t yet in existence.

I want to suggest that this happens in the arts as well. Consider the vampire, as an example. For all intents and literary purposes, the vampire was invented by Bram Stoker. A few other writers showed an interest, but not much was done with the idea until the latter half of the 20th century, when it became time to vampire.

Everyone and their dog started to vampire, and we’re still pretty much in the middle of a vampire boom right now. As soon as people suggest that it’s over, someone comes up with a new variation that keeps the idea going. I think we can say it’s unlikely to go away anytime soon.

Not to place vampiring in this category, but we’re all familiar with similar ideas which are past their time. TV and movies in particular tend to flog dead horses, and it can take as many as 10 TV seasons for networks to stop offering the same old same old to the their viewers – one of the reasons there are now so many other ways to get your TV content.

Of course genres wax and wane. Doctor shows, westerns, cop shows, crime shows in general, lawyer shows, space exploration shows – on TV these all come and go. Right now we’re seeing an explosion of fantasy-based programming we wouldn’t have seen even 10 years ago. 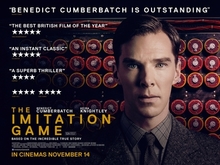 I also don’t think it’s a coincidence – unless railroading is the very definition of coincidence – that The Social Network, Steve Jobs, and The Imitation Game were all made within a few years of each other.

That last in particular is significant. For years anyone in the SF&F community could have told you who Alan Turing was, in fact, he was widely known in many circles. But it wasn’t until the widespread acceptance of computers in our lives, the resurgence of interest in WWII, and, most important, the growing acceptance of homosexuality in the public mind, that a movie about him could be made not as a spy thriller per se, but as the story of a homosexual man. It was time to railroad.

I think we all can cite an example or two of shows or movies that were ahead of their time – but I’d like to talk about that next time.